PITTSBURGH -- The Great Allegheny Passage is now a completely unobstructed hiking and biking trail that runs from Pittsburgh to Cumberland, Maryland. 150 miles. For years, there was a "bump in the road," actually a fenced/railroad tracked/scrap metal yard impediment that would stop riders and hikers in their tracks. Many entities owned bits and pieces of that small slice of land, and it took years to get everyone on the same page. But now it's done, and that piece of the trail is smooth sailing. 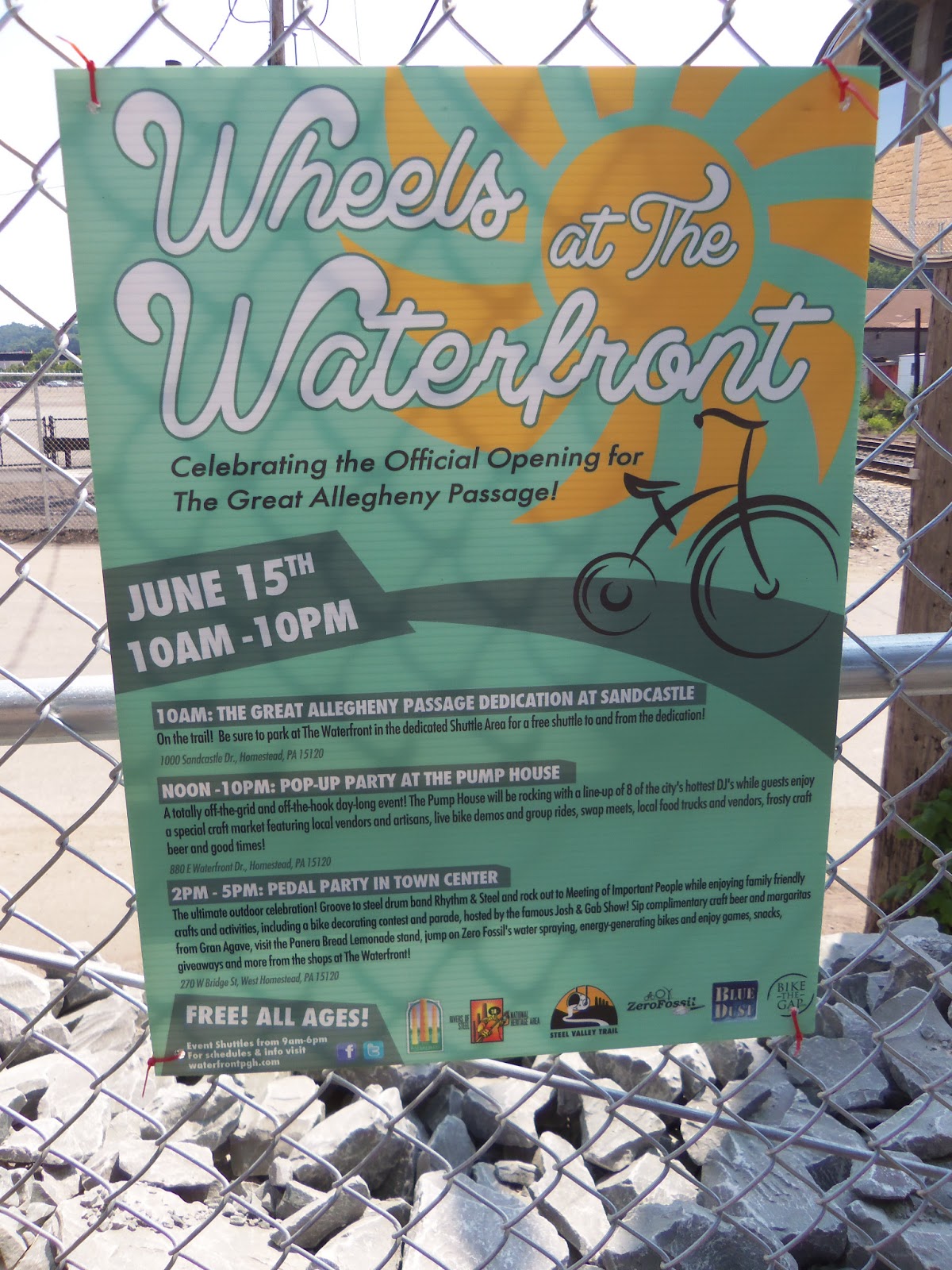 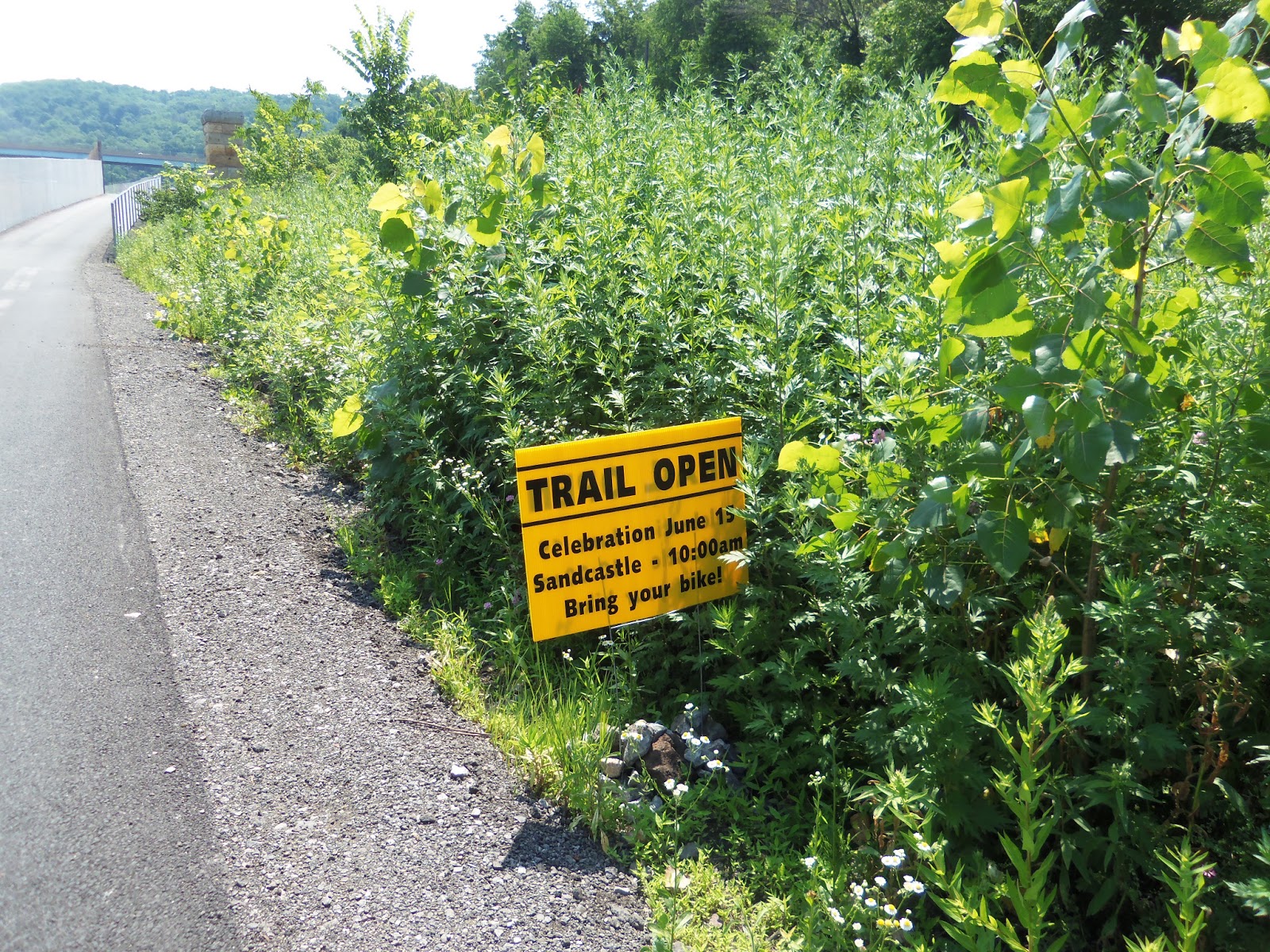 The Great Allegheny Passage connects to the C&O Canal Towpath (at 185 miles in length, one mighty long towpath). The two trails combine for a 335-mile path from Pittsburgh to Washington, D.C.

Two weeks ago, a group of riders came to Pittsburgh from D.C. on the path and were warmly welcomed by an ever-growing bike community (and maybe even some of those folks who really don't like bikes but like people to bring money to our region). I was working at the bike valet at the Three Rivers Arts Festival when one of those riders parked his "bike." This is the guy, Pete Hufford. He rode the entire 335 miles ON A UNICYCLE! Check out his blog, "Around the World on a Unicycle," at http://petehufford.com. 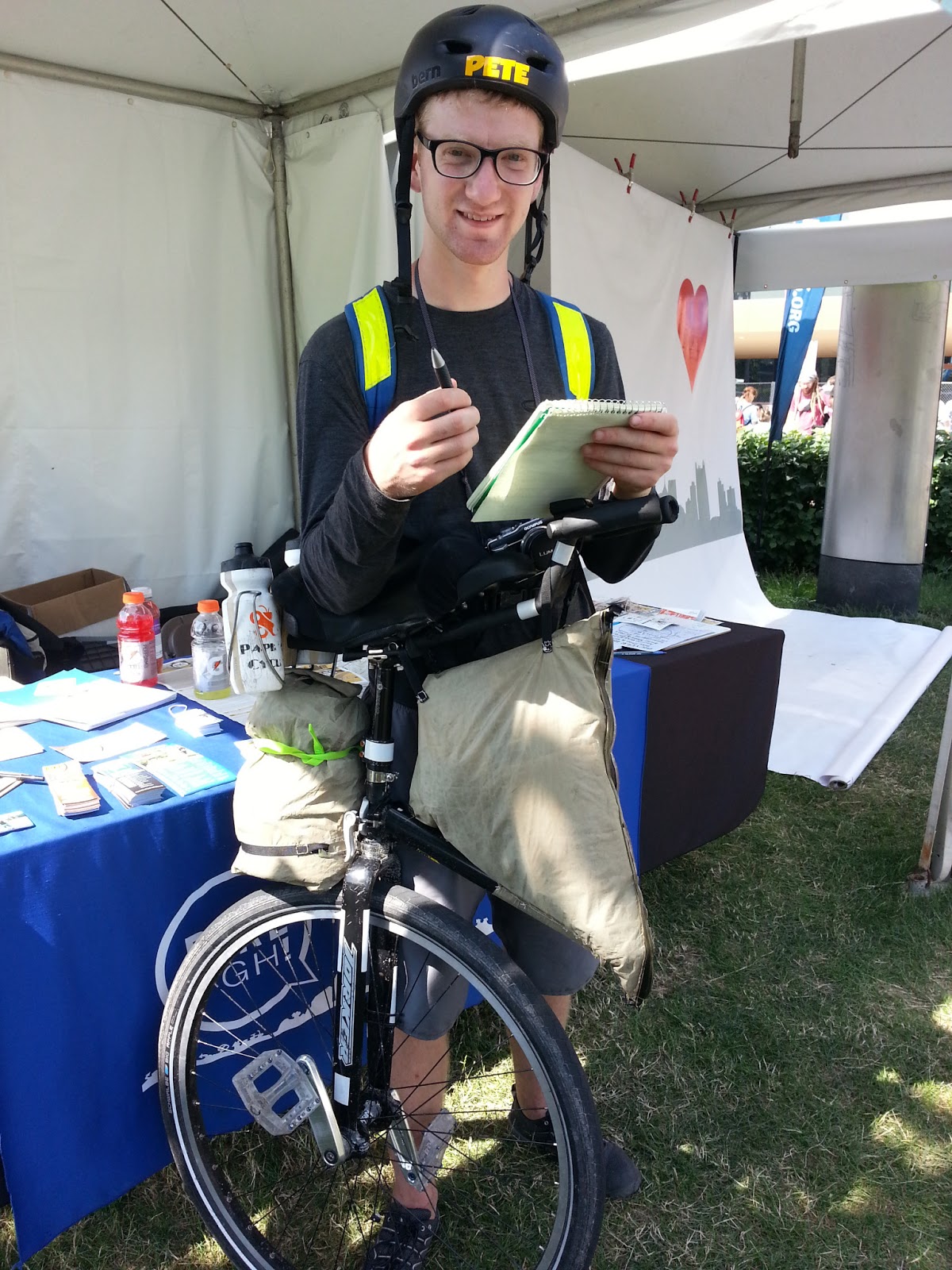 Okay, I have no ambition to ride the whole 335 miles, and I don't think I could even manage a unicycle, but I did ride about 20 miles round trip on the trail yesterday. It was 90 degrees, but I had a great ride and saw and heard some interesting stuff. In addition to seeing a paramedic on a motorcycle drive slowly down the path (nice to know there's official help if needed), I saw a bald eagle: 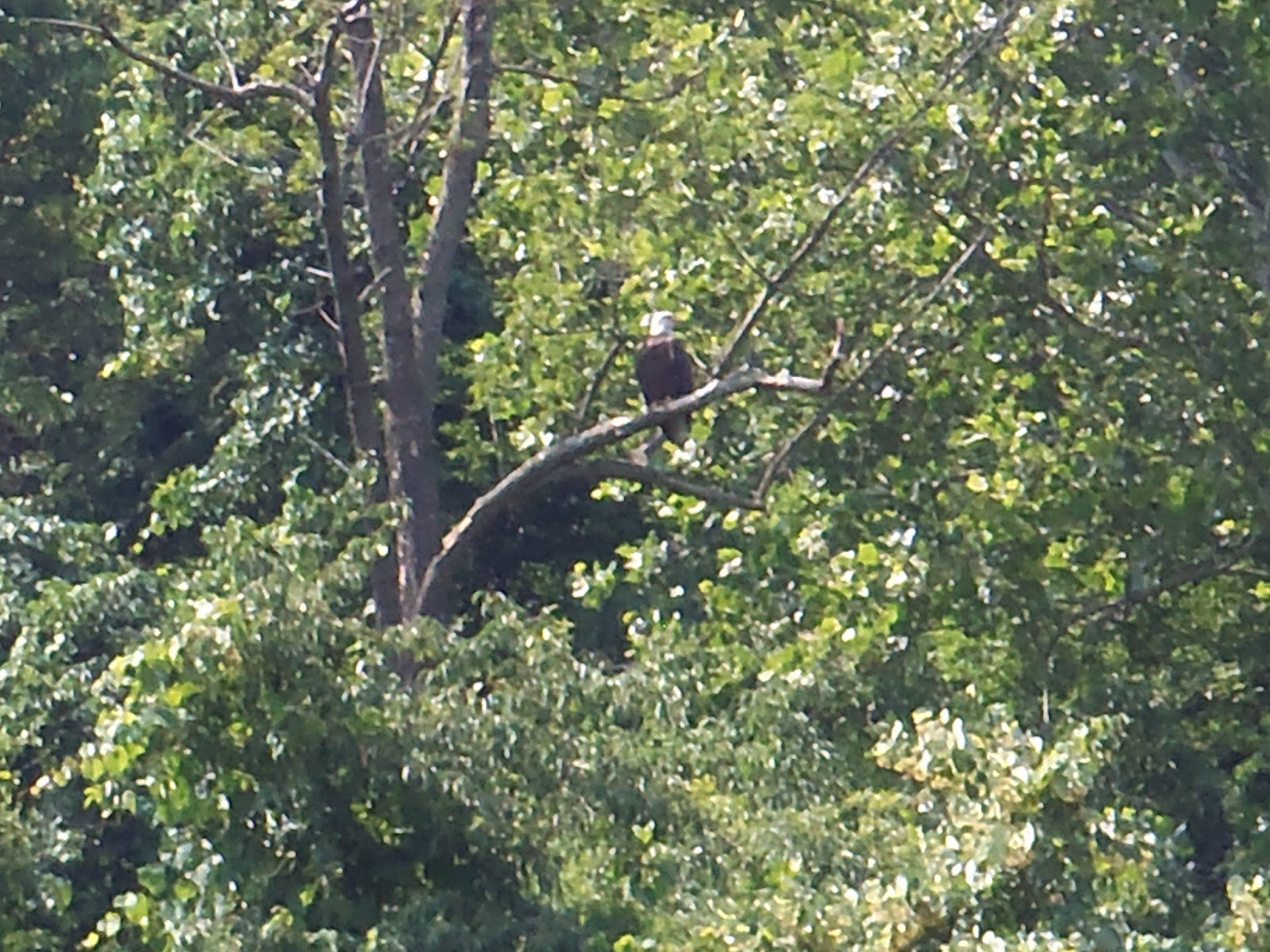 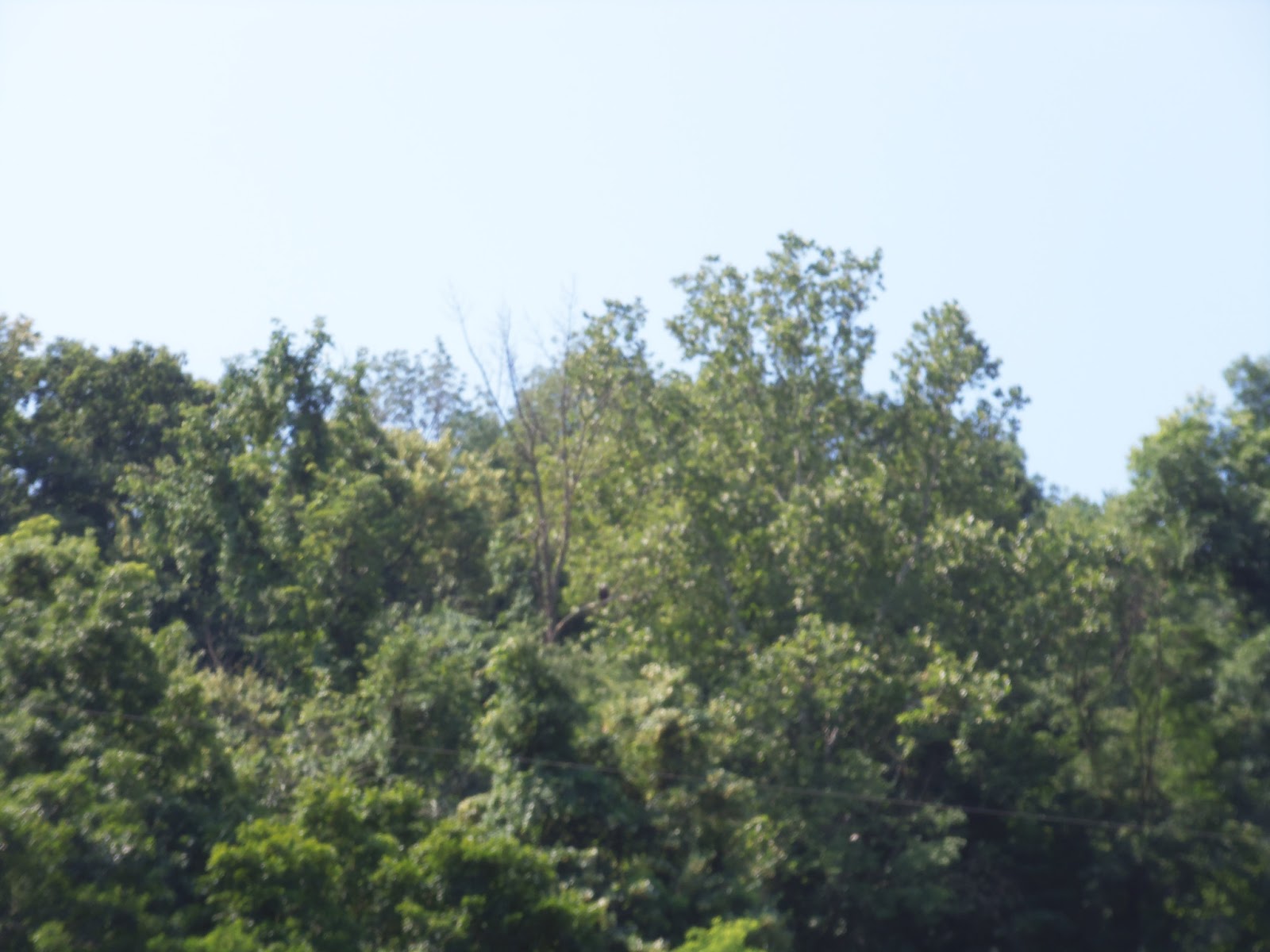 A guy had set up a chair to watch the bald eagle nest. The guy is retired and spends his time volunteering with the National Aviary to track the eaglet fledglings that should be flying soon.

We talked about the peregrine falcons that nest around the Pittsburgh area. He told me a story.

A man saw a peregrine falcon fledgling in the back of his pickup truck in downtown Pittsburgh. He turned on the wipers, beeped the horn, tried to get the little guy to fly, but the bird just wasn't ready. It must have fallen/flapped its way down to the truck bed. So the man gave the fledgling a very slow ride over to the National Aviary on the North Side where the folks there gathered up the bird, checked it out and then drove it back into town and placed it in its nest outside of a very accommodating woman's condominium window! 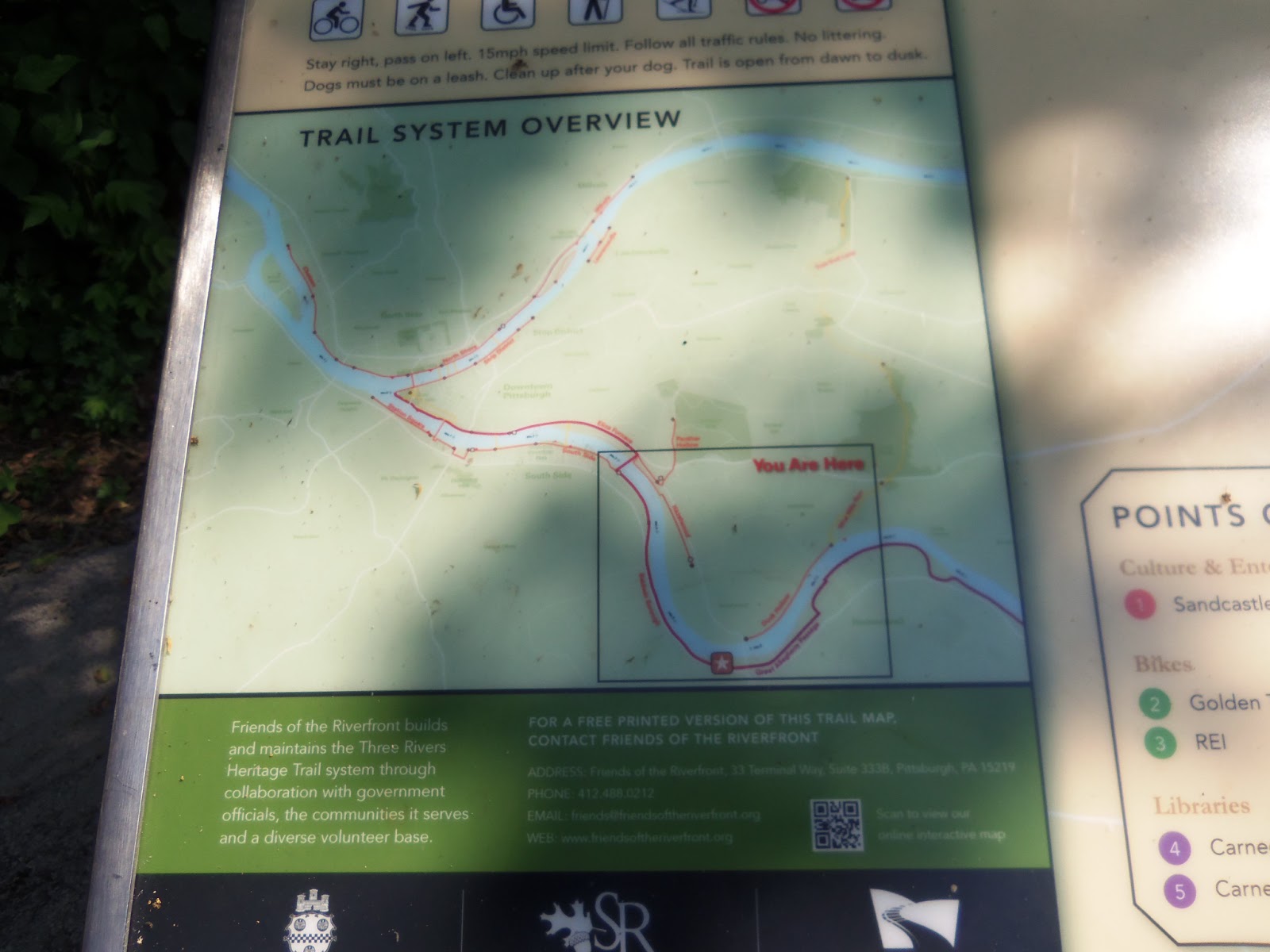 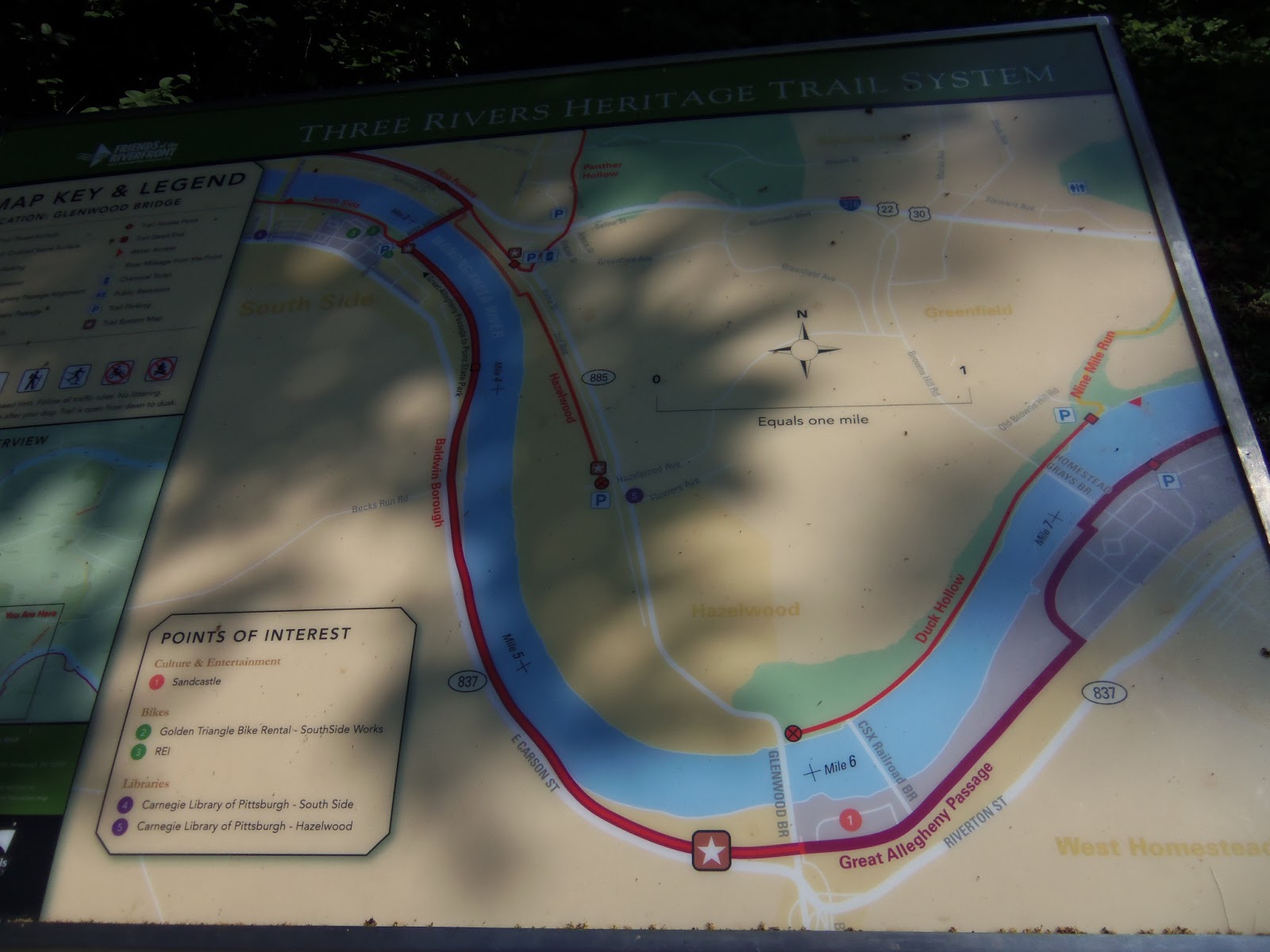 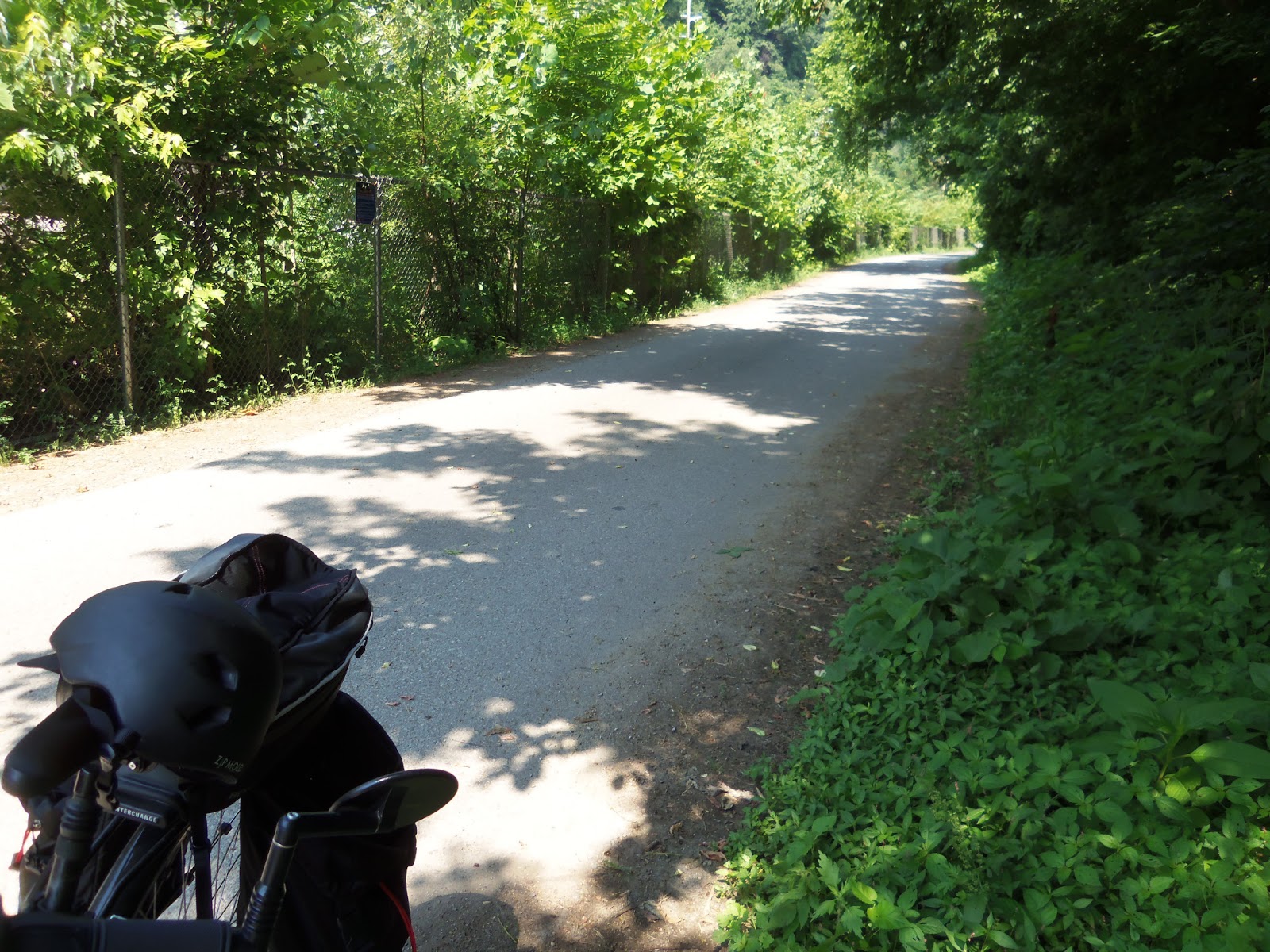 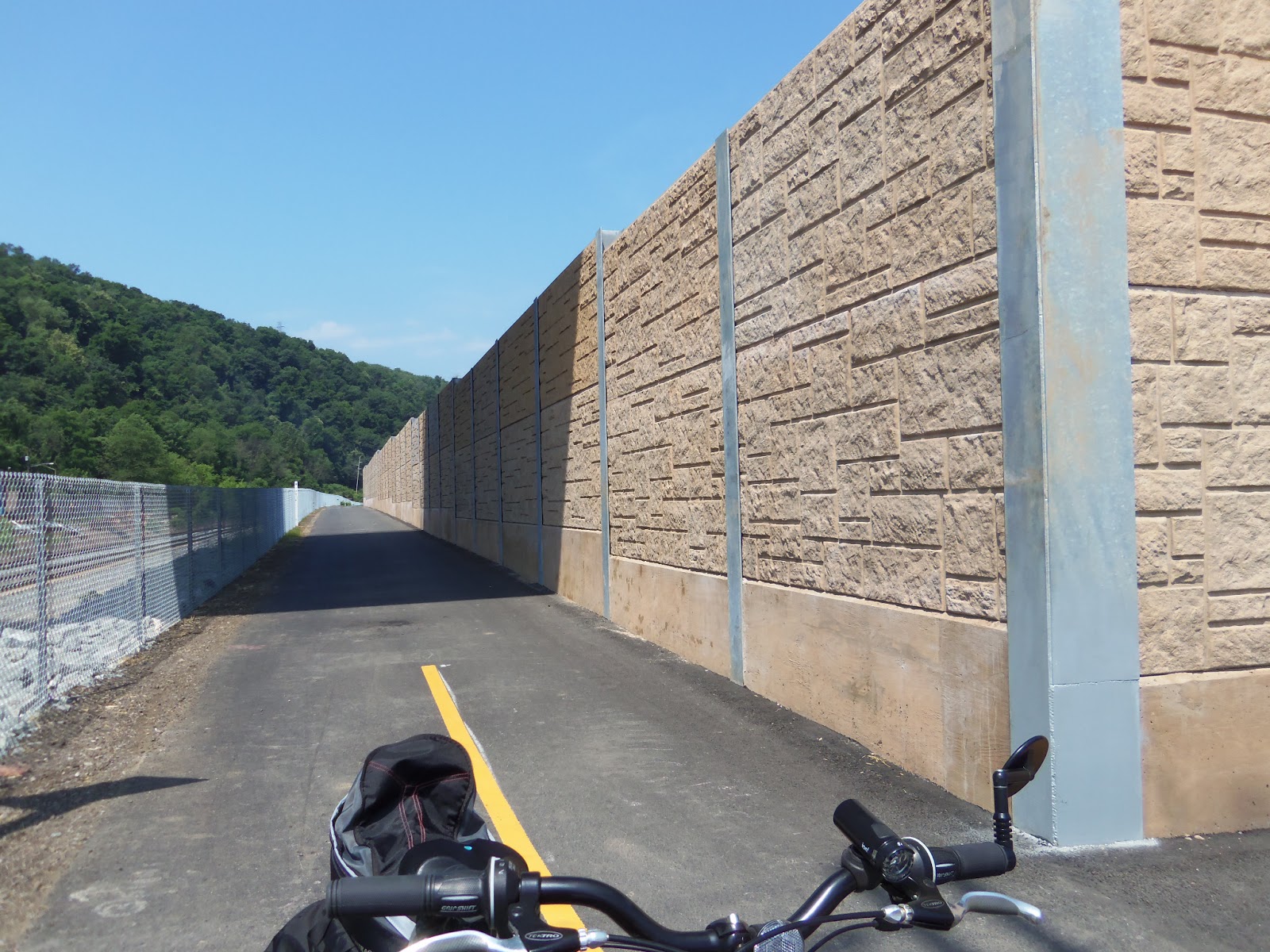 Posted by It's a Wonder-Filled World at 9:14 AM