SAN FRANCISCO BAY -- As tourist attractions go, Alcatraz is one of the cooler man-made destinations (both literally and figuratively). My down jacket and wool scarf were much appreciated today, even though it was probably 55 degrees, maybe even 60. 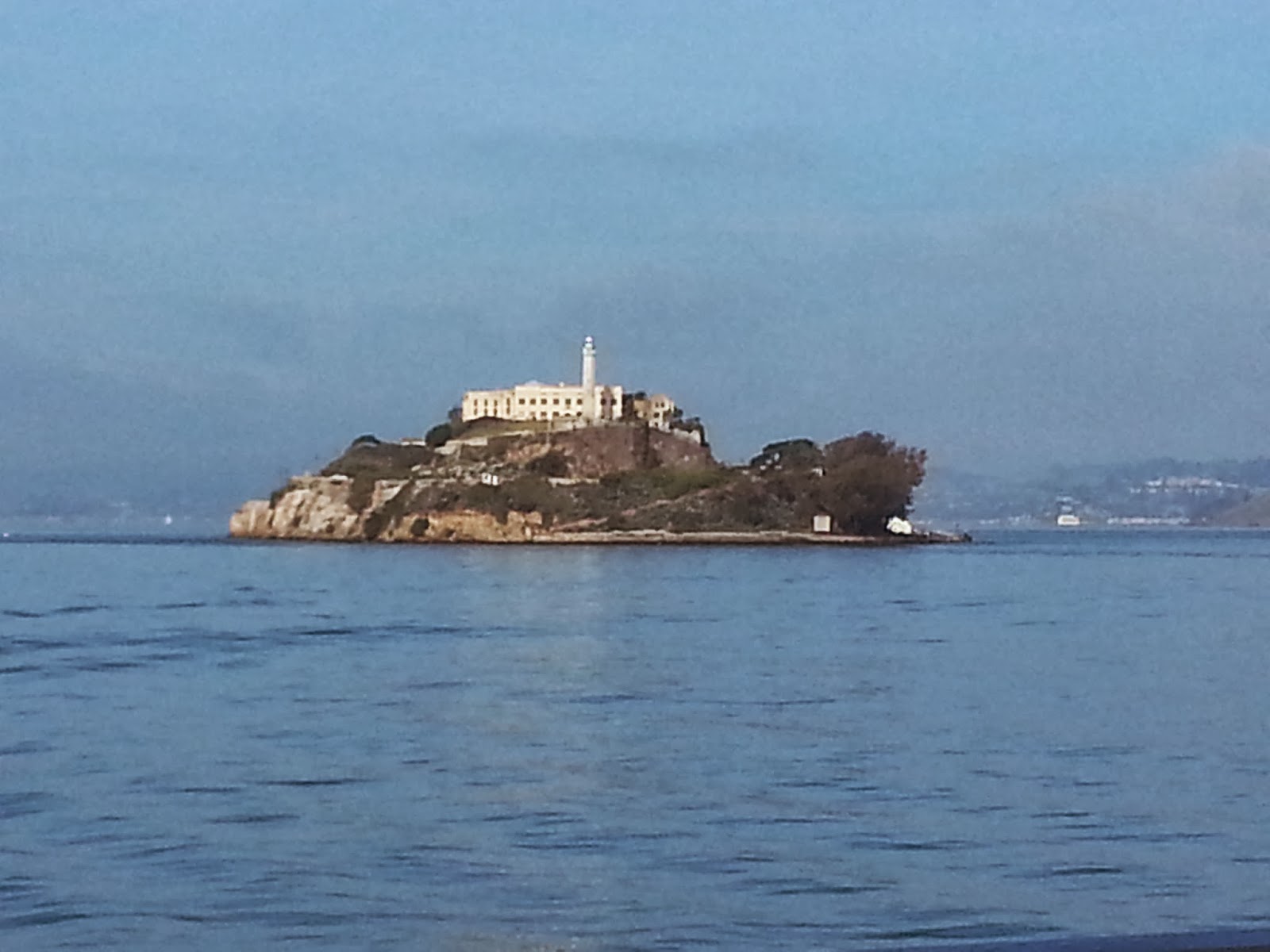 Alcatraz as a prison was just one incarnation of the Rock in the Bay, and it only served that purpose from 1934 to 1963. 1,545 men did time there, some of the more notorious being Al Capone, George "Machine Gun" Kelly and "Birdman of Alcatraz" Robert Stroud.

With crowds of tourists swarming the island, I can't say that I felt the presence of any of those tormented souls (some of whom were tormentors themselves). In fact, compared to the Old Idaho Penitentiary and the Eastern State Penitentiary, it didn't seem to me as stark, with gardens and birds and even the residences of some of the staff whose children headed out to school in San Francisco by boat each morning. That doesn't mean it would have been a comfortable place to be locked up. I'm sure those inmates were cold a good part of the time. And it must have been hard for the men to be able to see glittering San Francisco and even to hear the revelry of people celebrating on New Year's Eve. 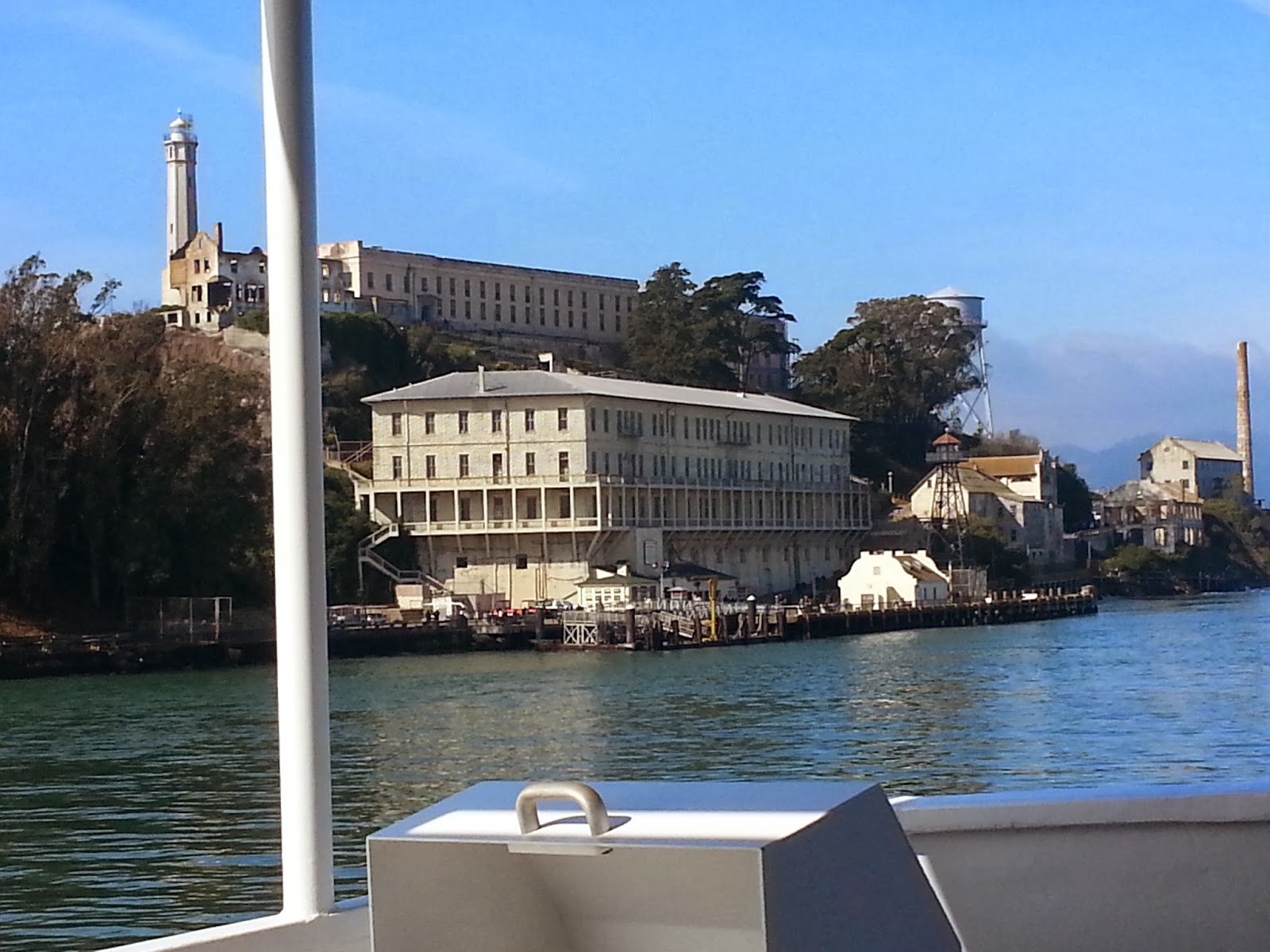 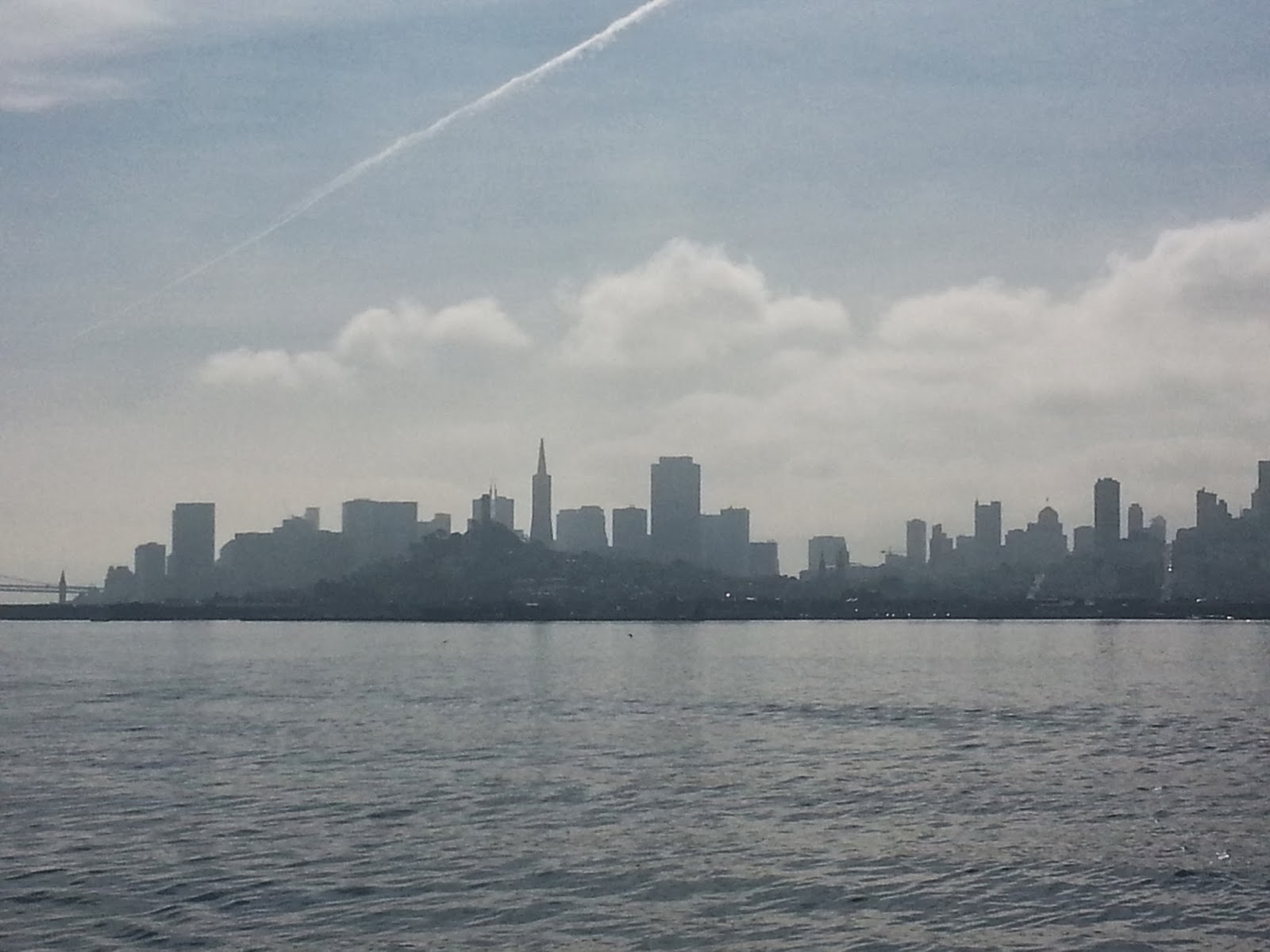 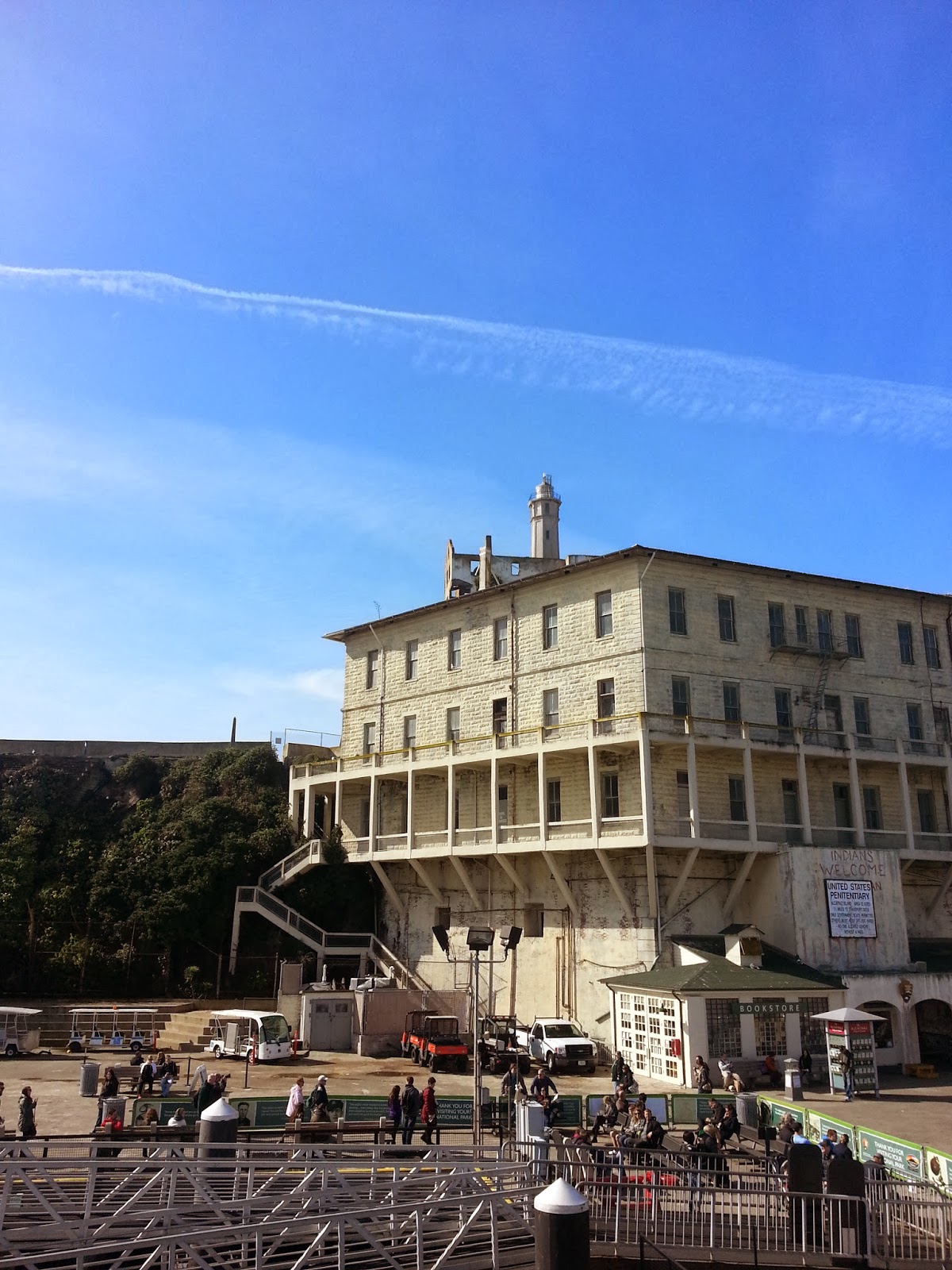 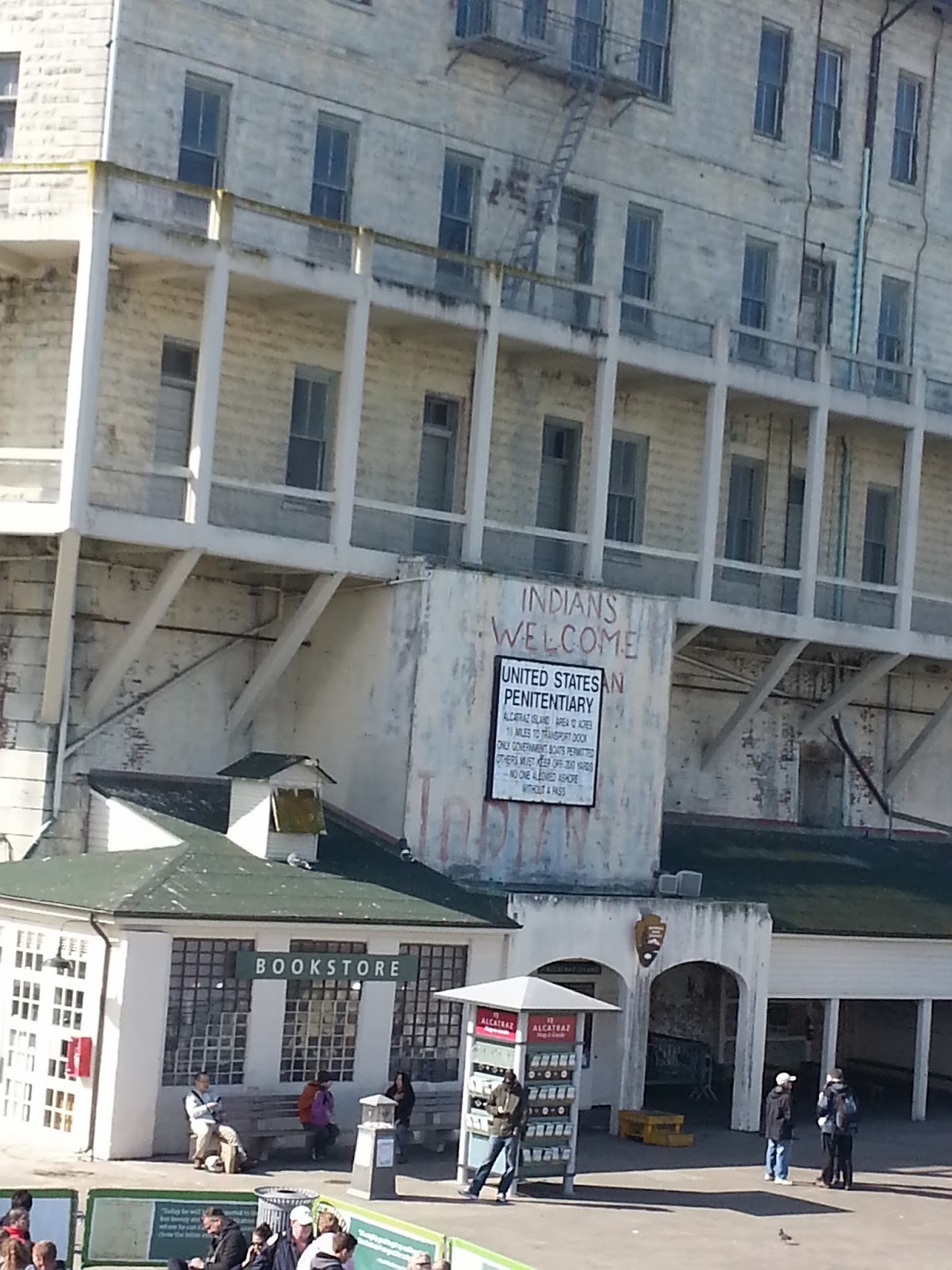 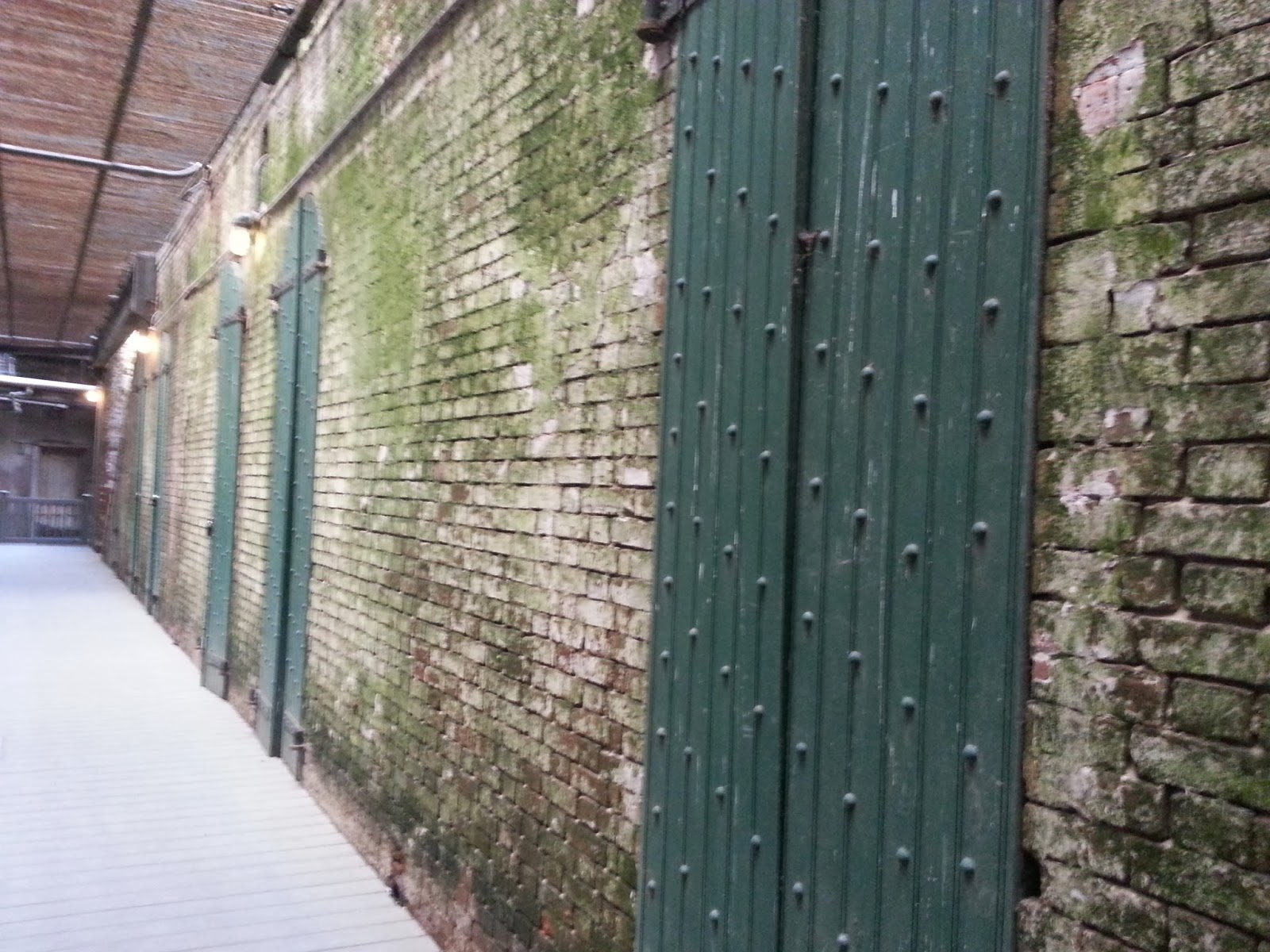 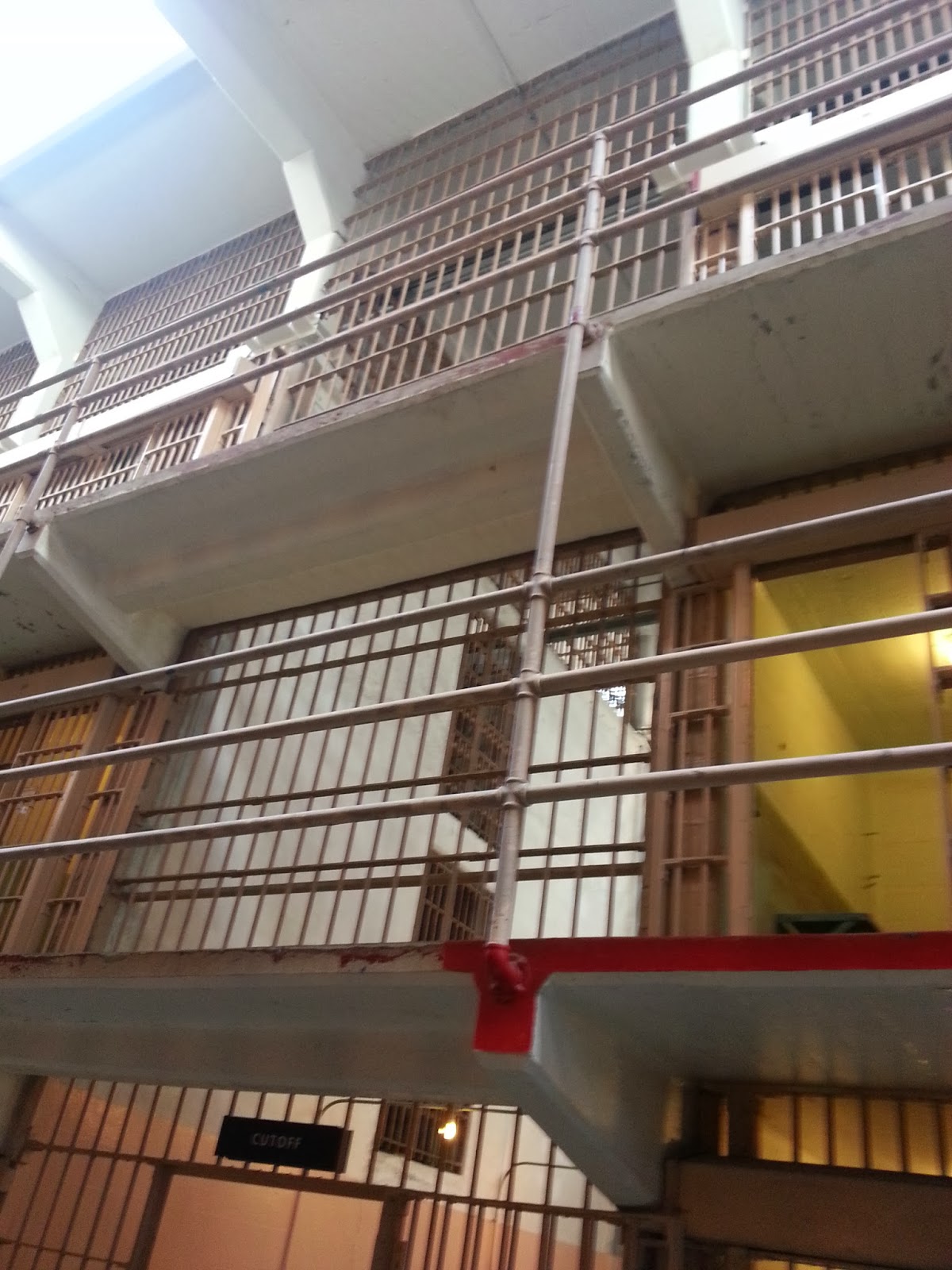 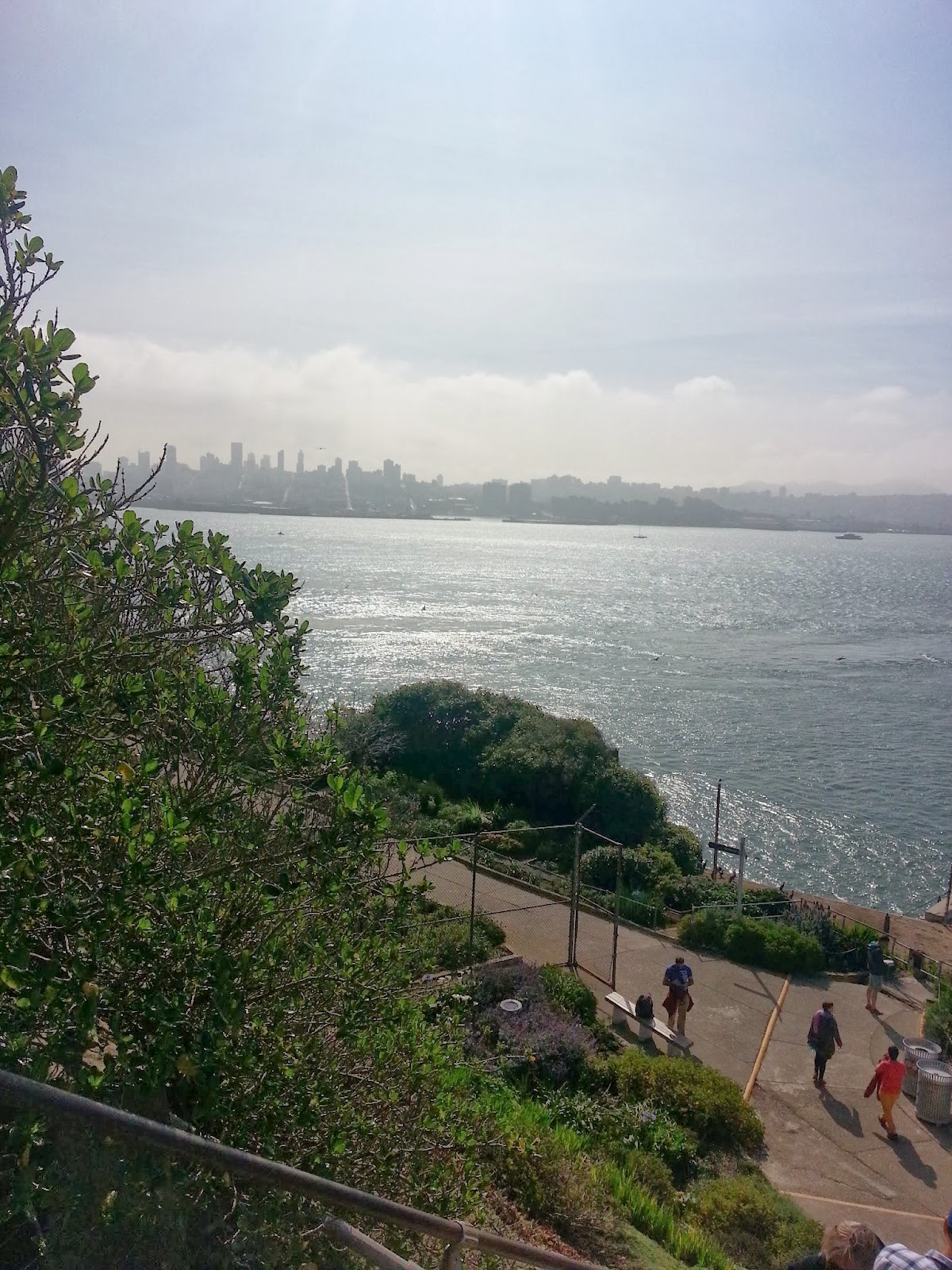 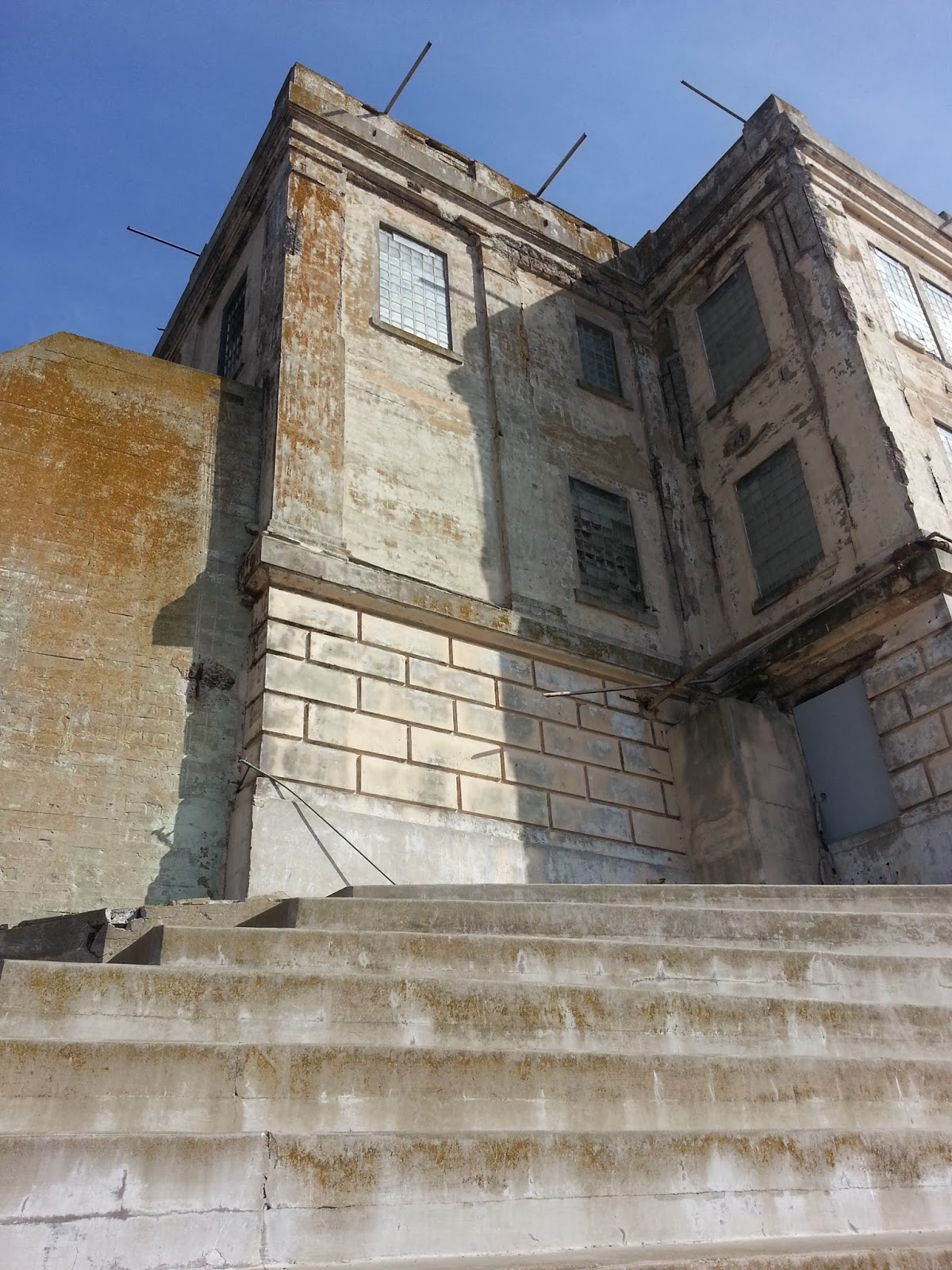 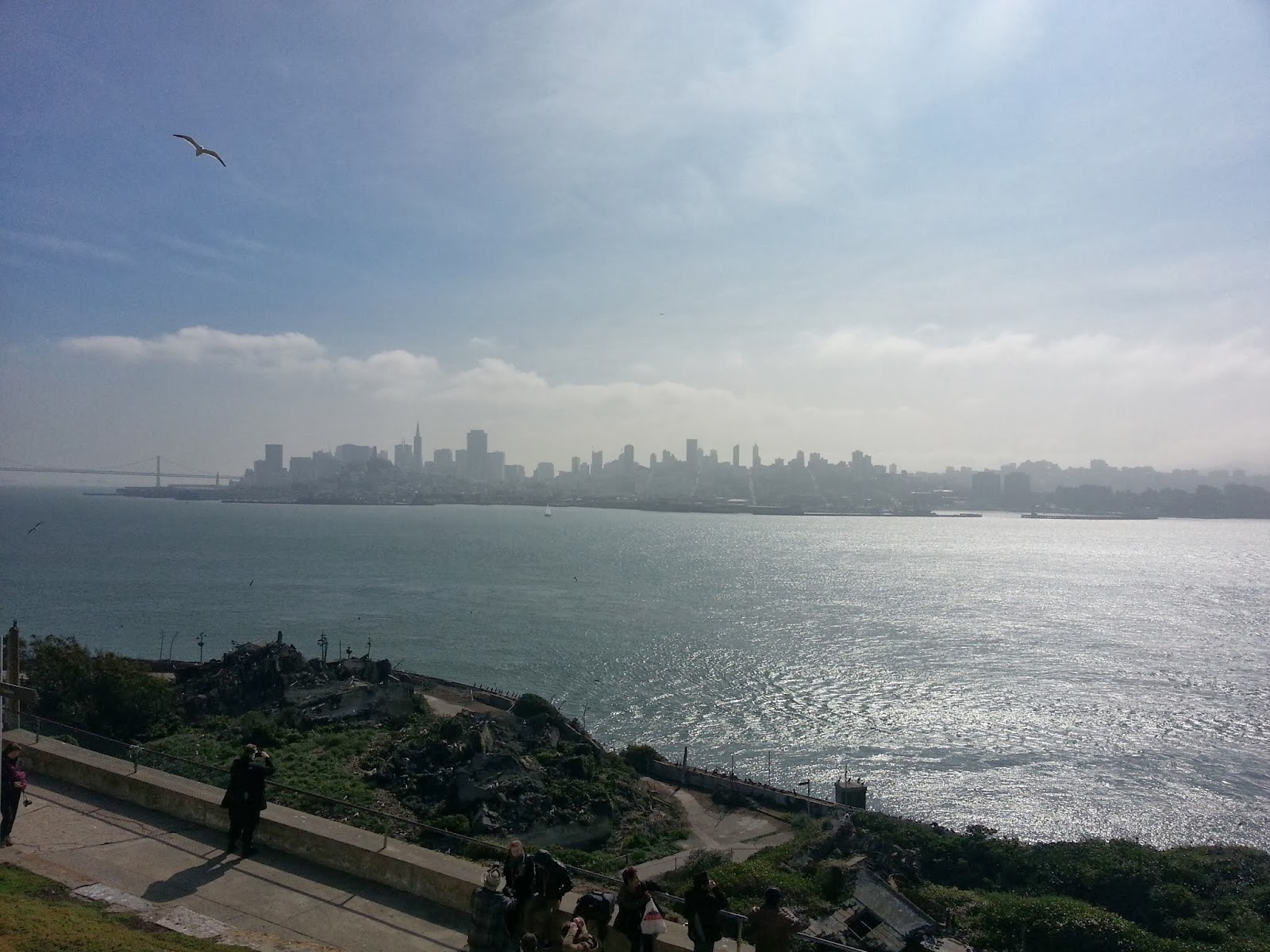 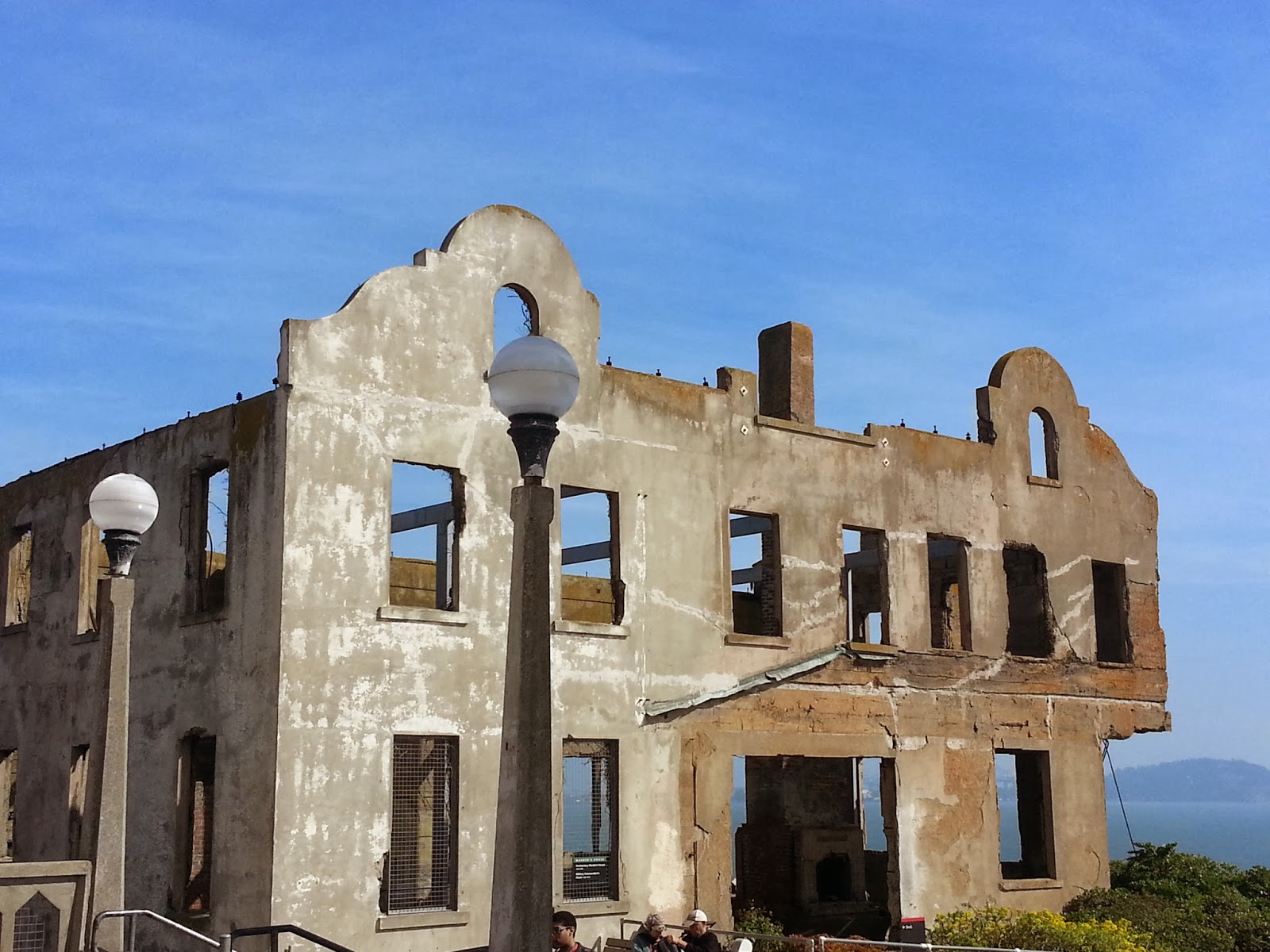 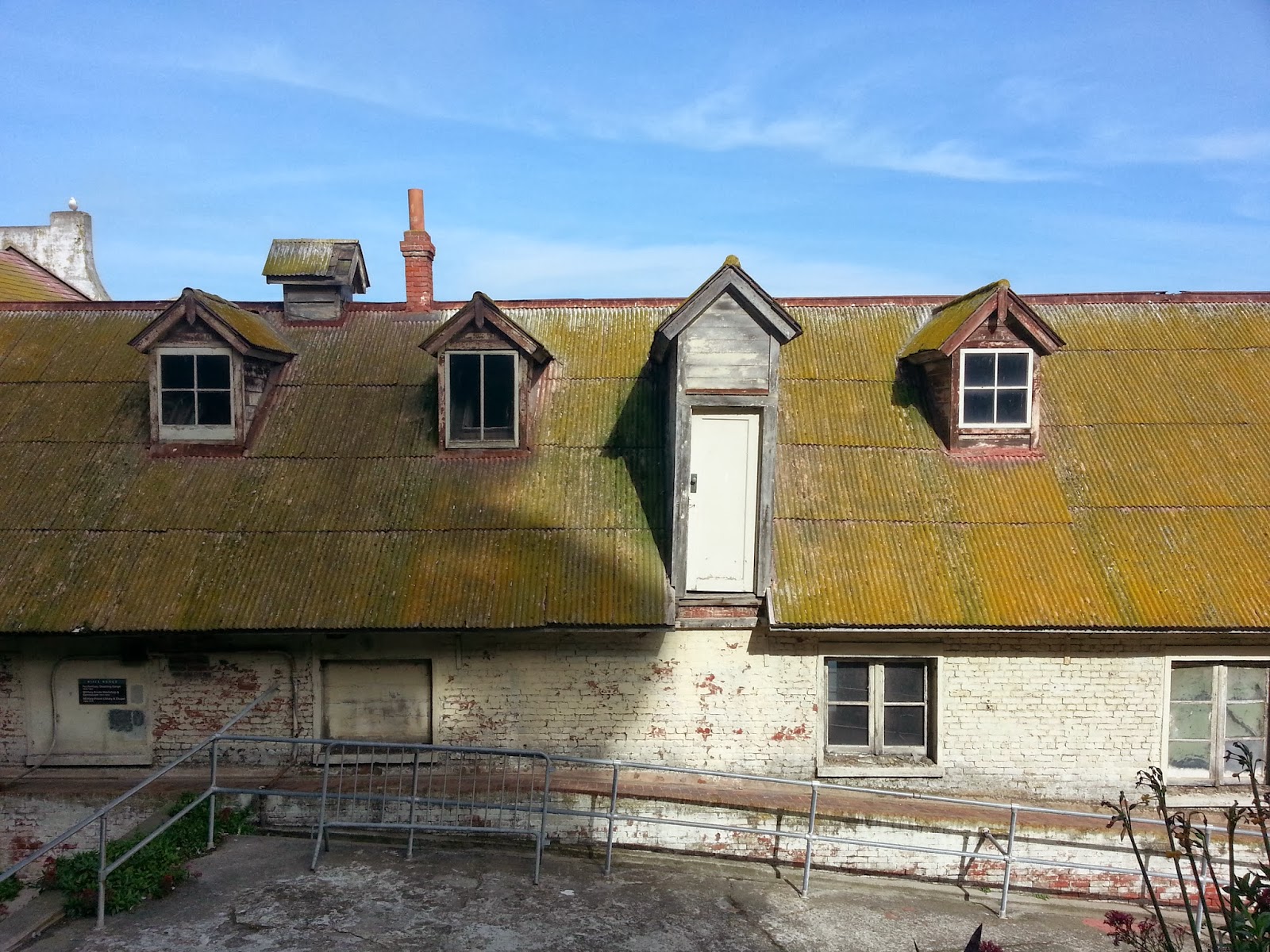 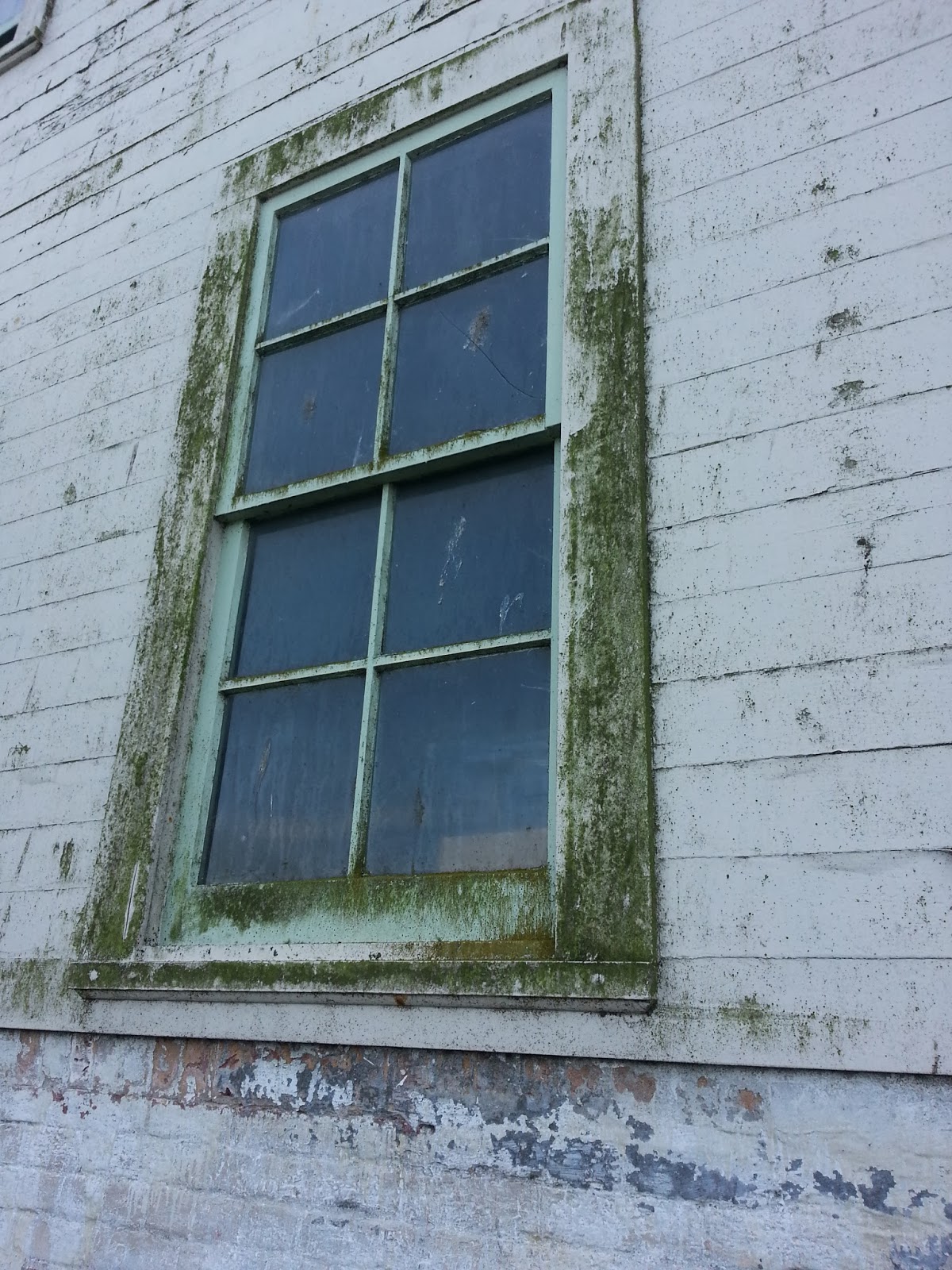 Posted by It's a Wonder-Filled World at 6:12 PM No comments: