A Bridge to Somewhere

SHADYSIDE/EAST LIBERTY -- The pedestrian bridge that appeared in my blog entry "Half a Harvest Moon" was officially dedicated last week. It links two Pittsburgh neighborhoods, Shadyside and East Liberty. Years ago, those neighborhoods could not have been more different, but now the lines between them have faded and together they are becoming the place to be in Pittsburgh. It started when Home Depot moved into East Liberty where a Sears had been in decline for decades. Then Whole Foods built right on the border between the two neighborhoods. Now, new condos, apartments, shopping and restaurants are popping up all over. 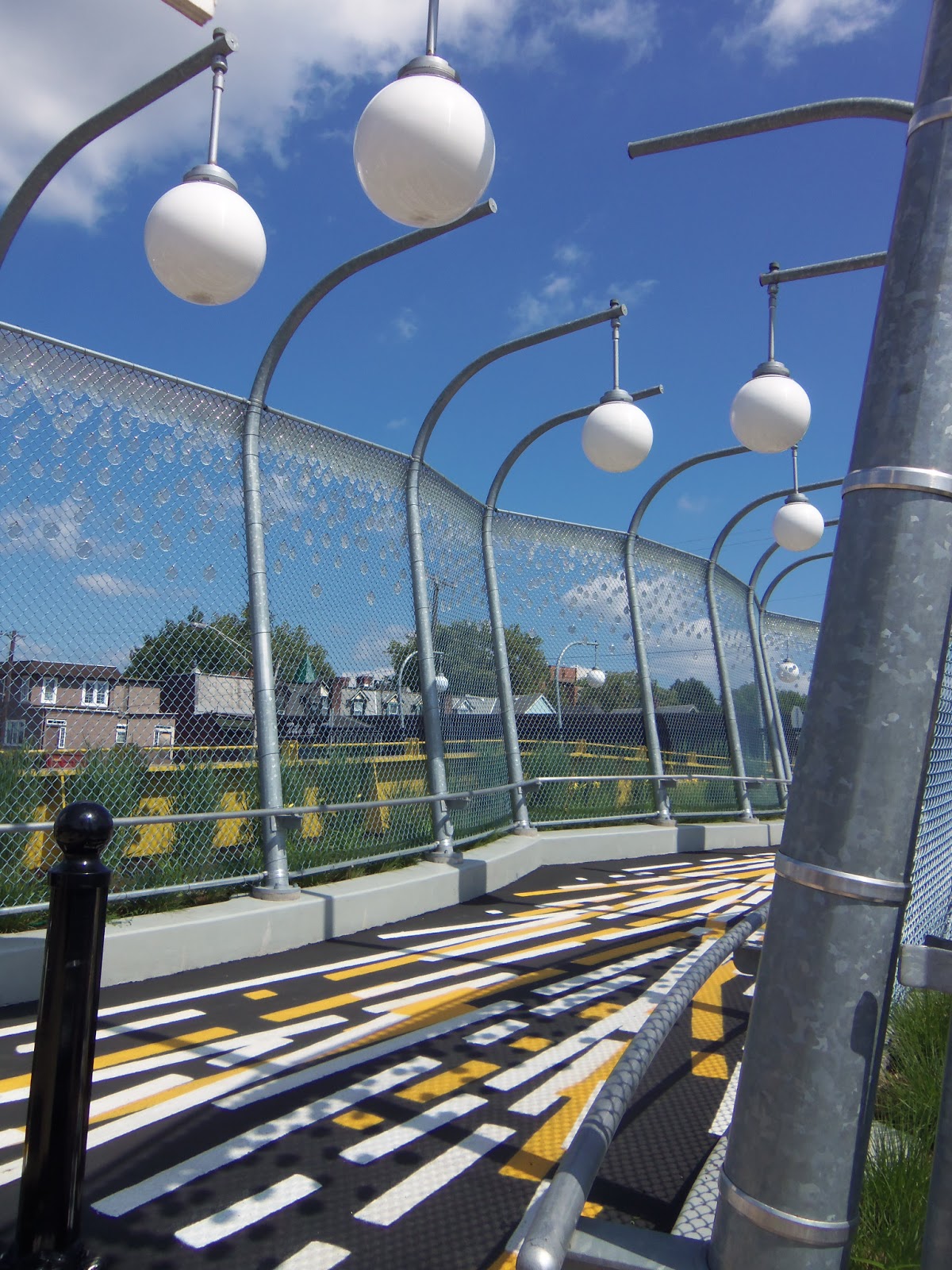 Before the speeches, food and opera! 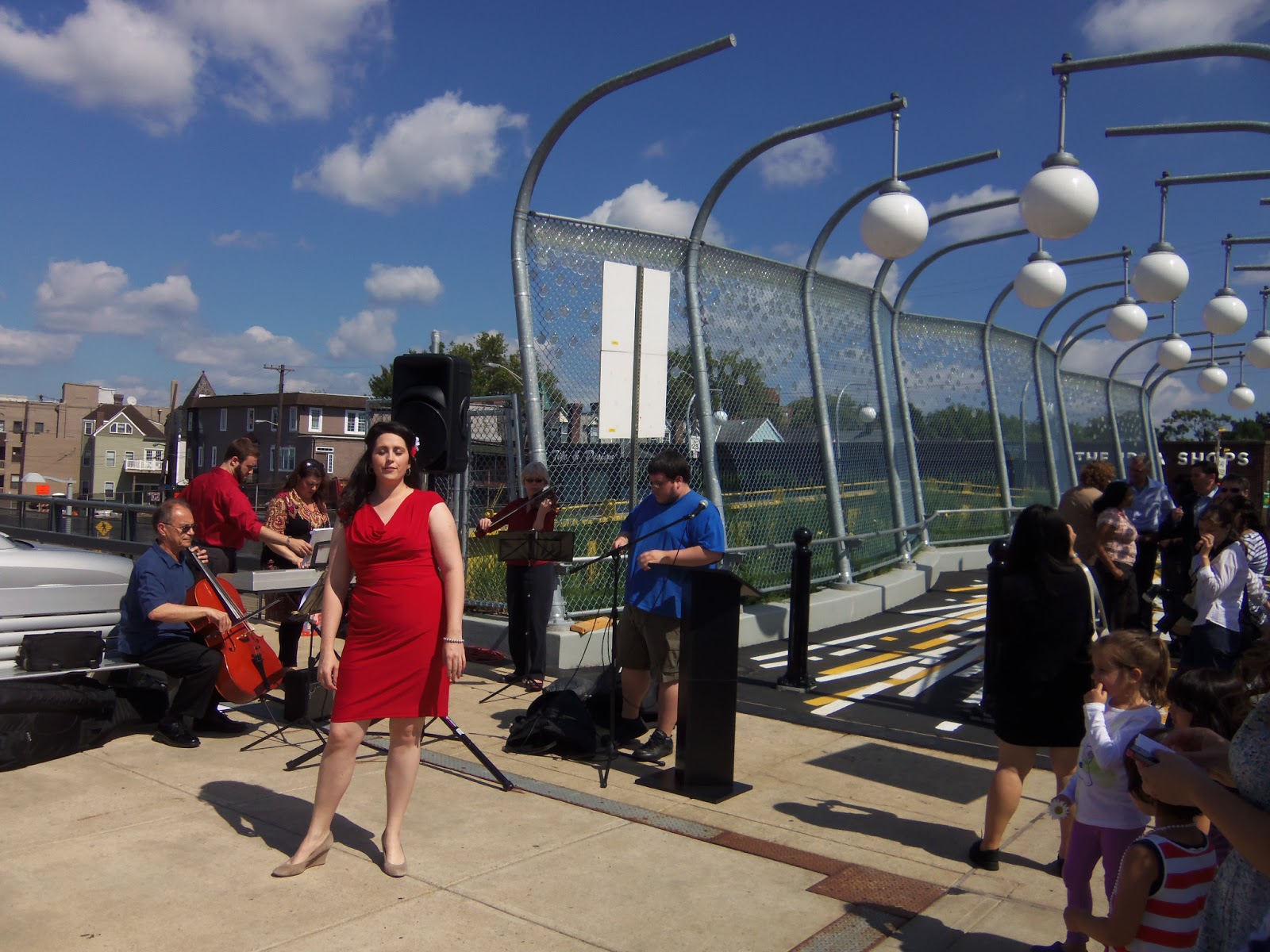 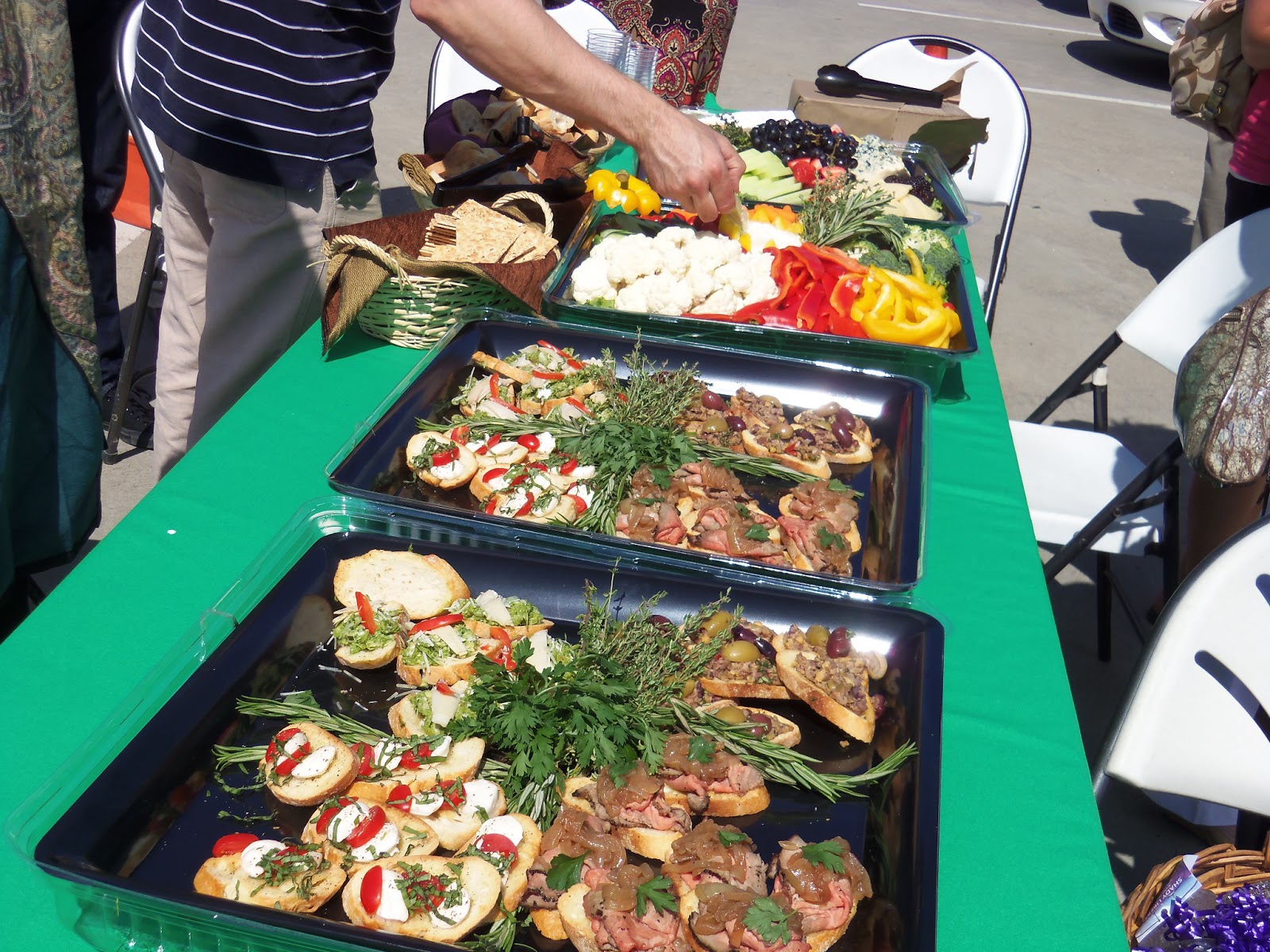 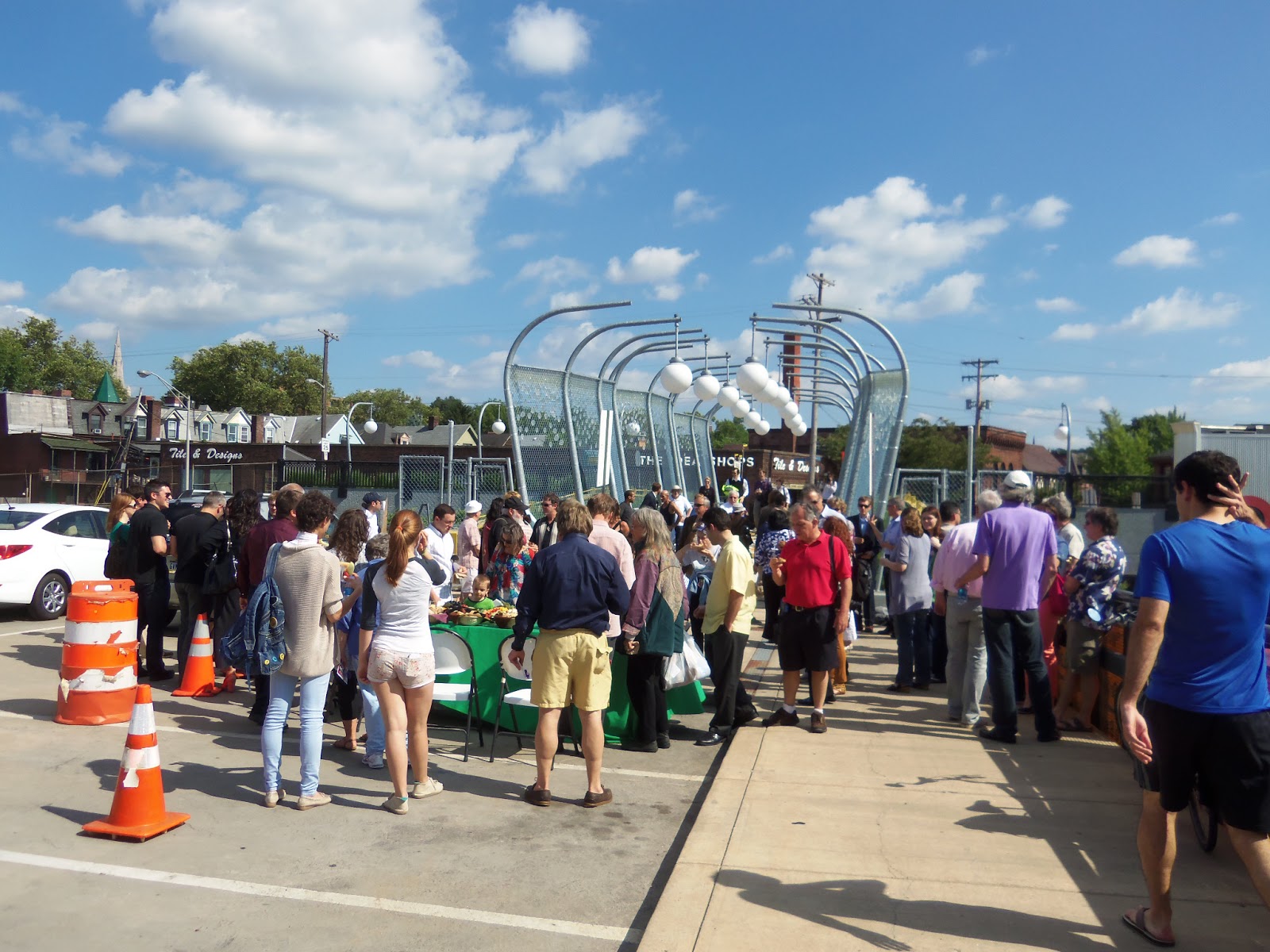 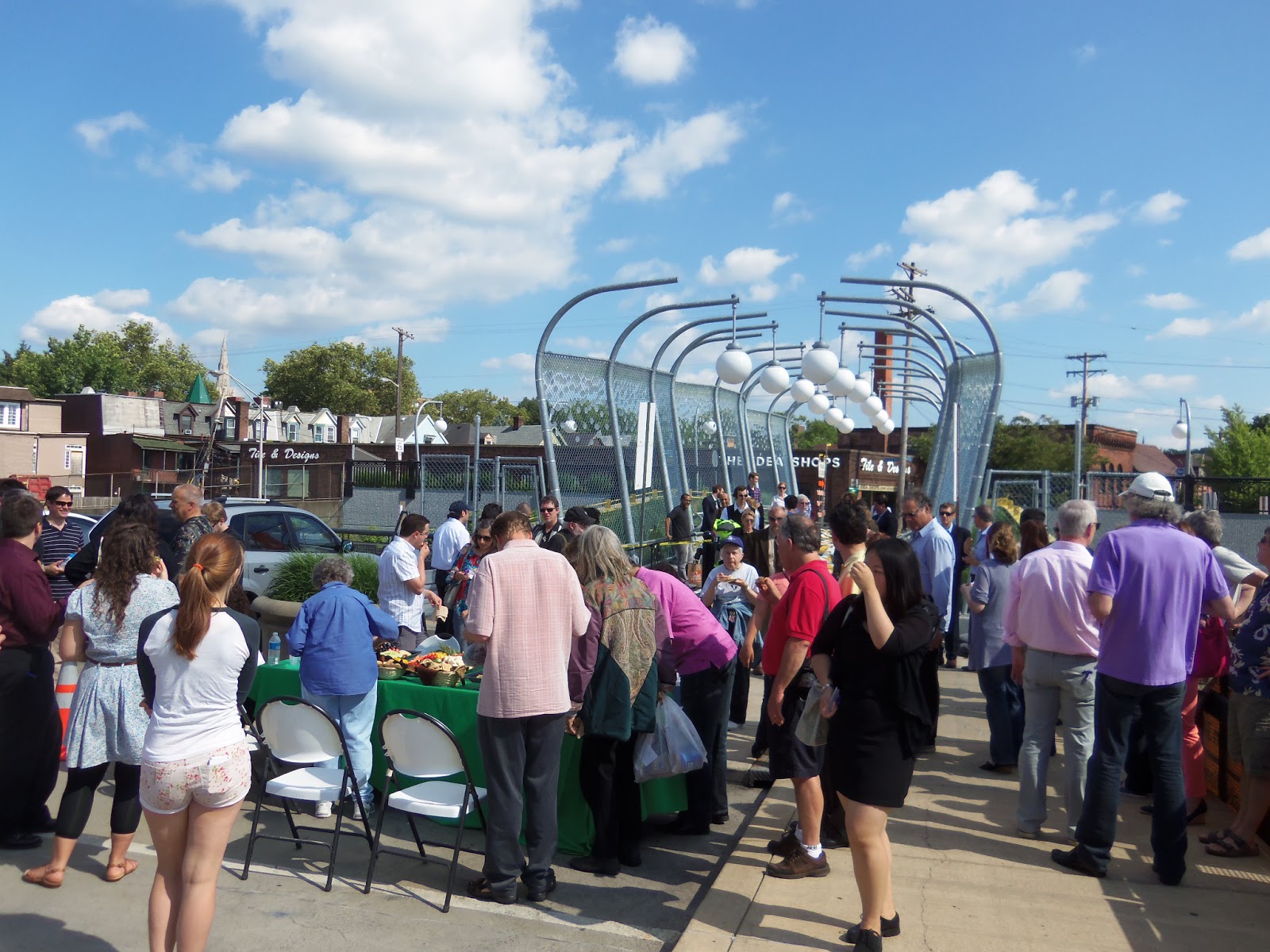 Pittsburgh's almost-mayor-elect, Bill Peduto was there, as were many of the construction and government folks. All kept their speeches to a minimum. 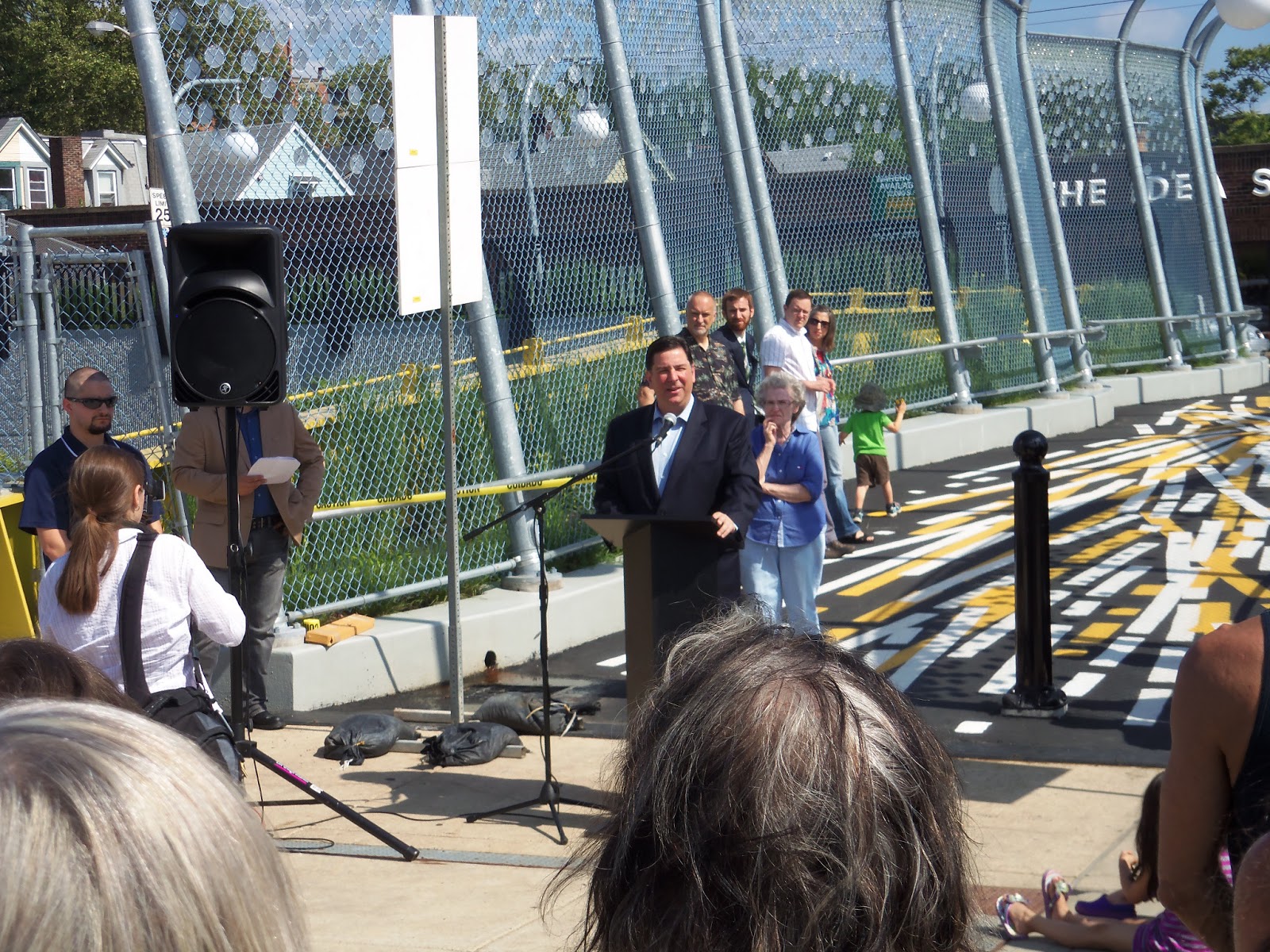 Artist and bridge designer Sheila Klein spoke about how all of the disperate organizations worked together for years to make this happen. She hopes it will be the first of many pedestrian bridges that bring art and construction together to connect Pittsburgh neighborhoods. 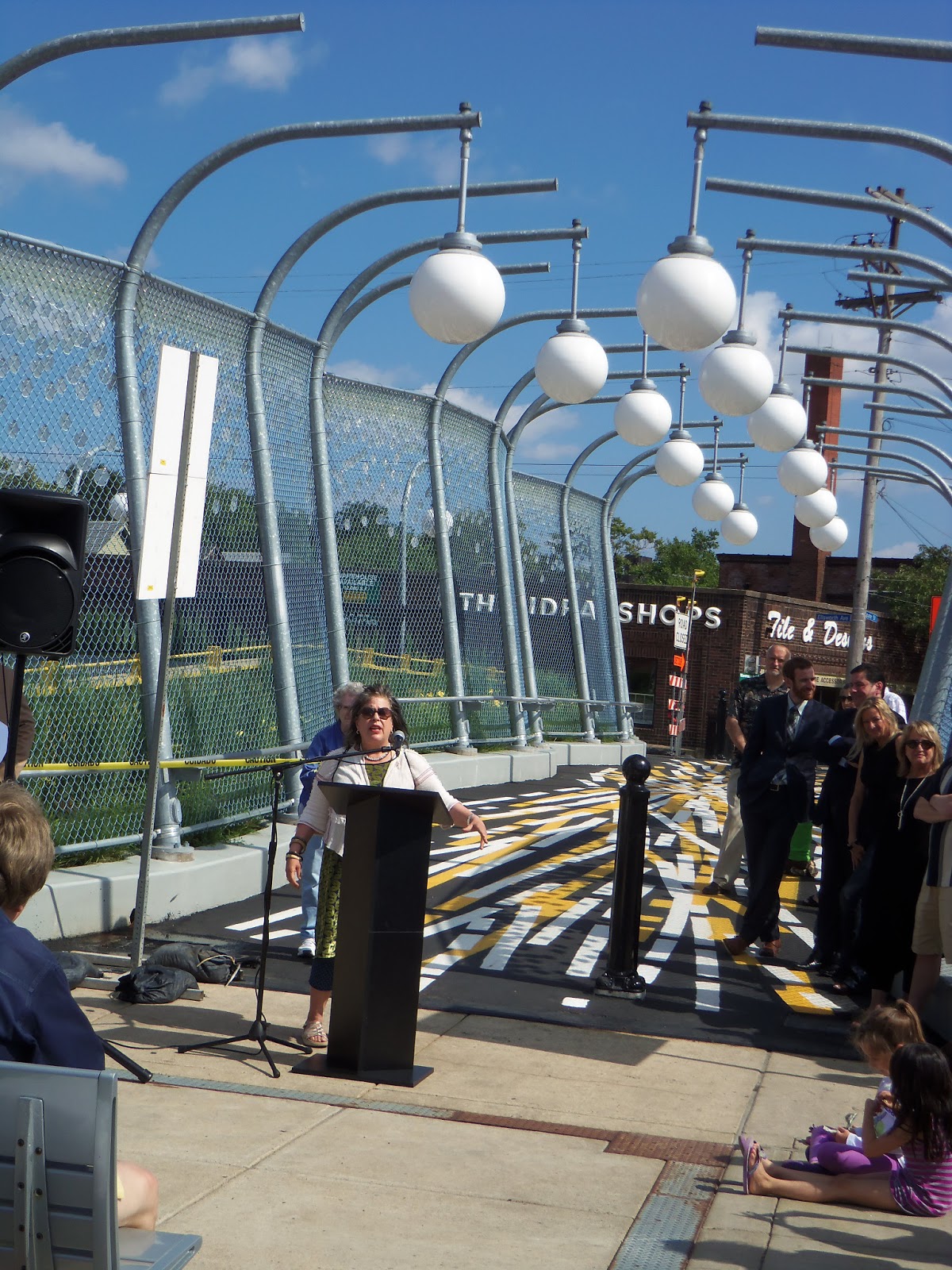 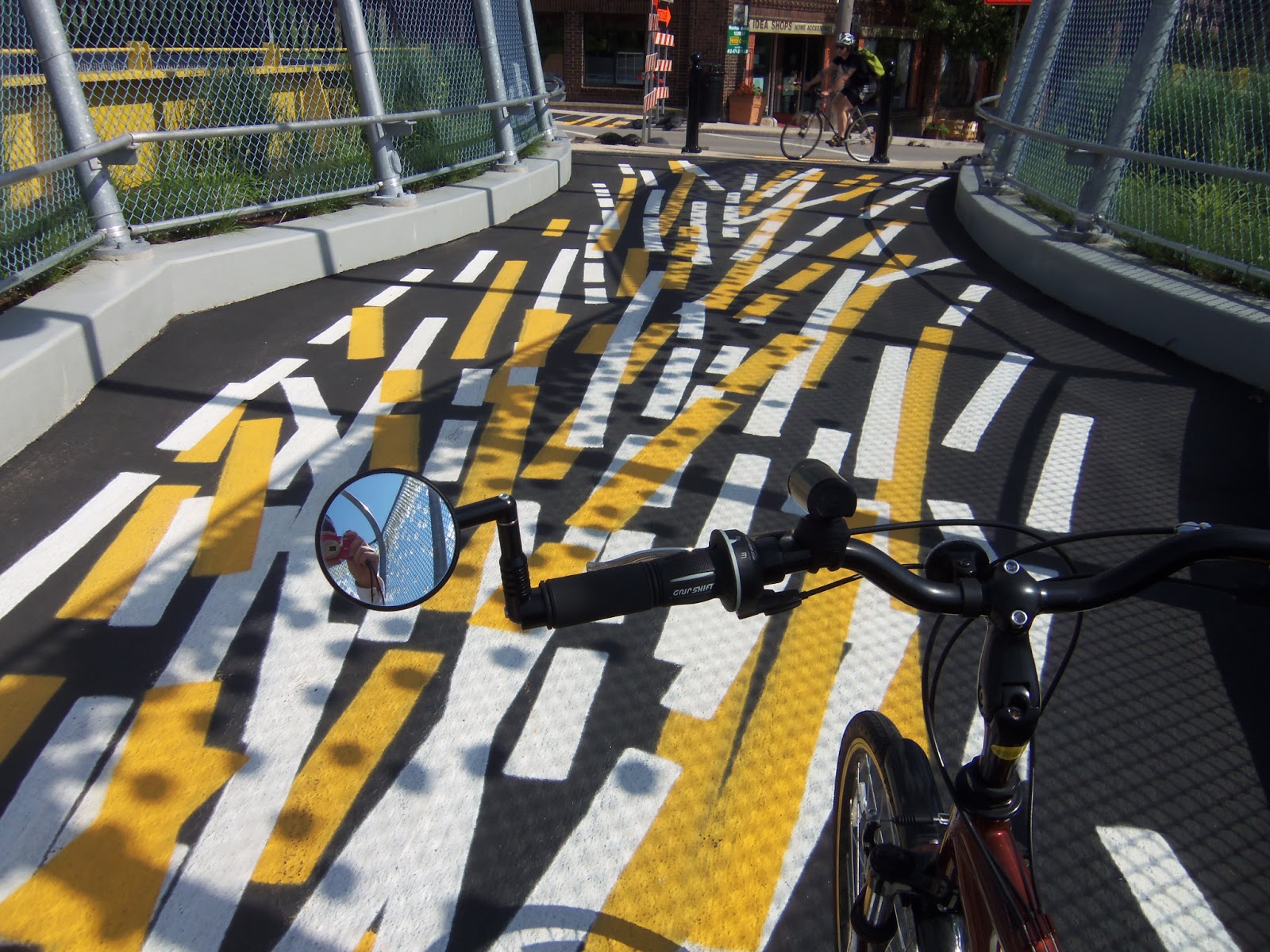 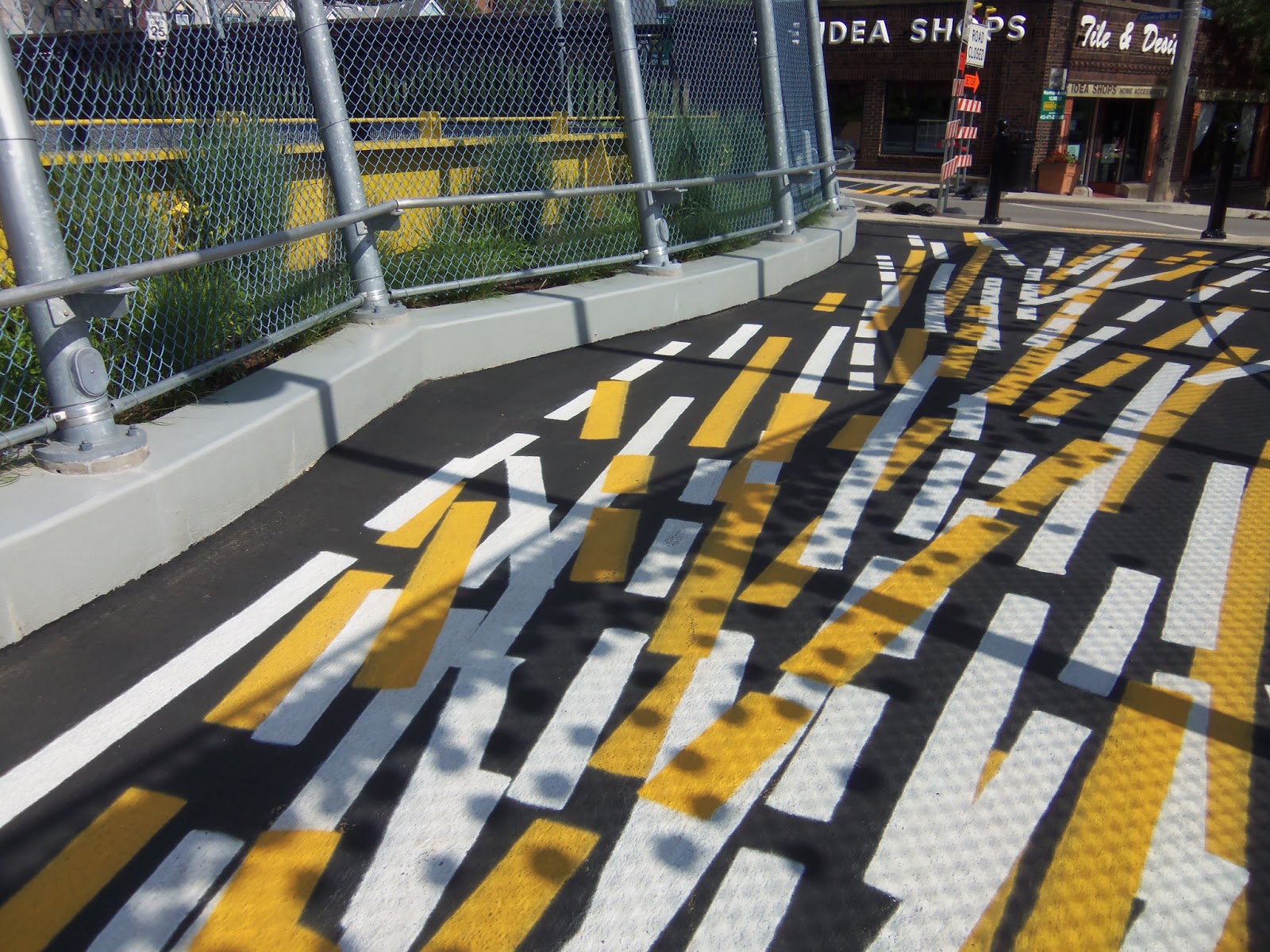 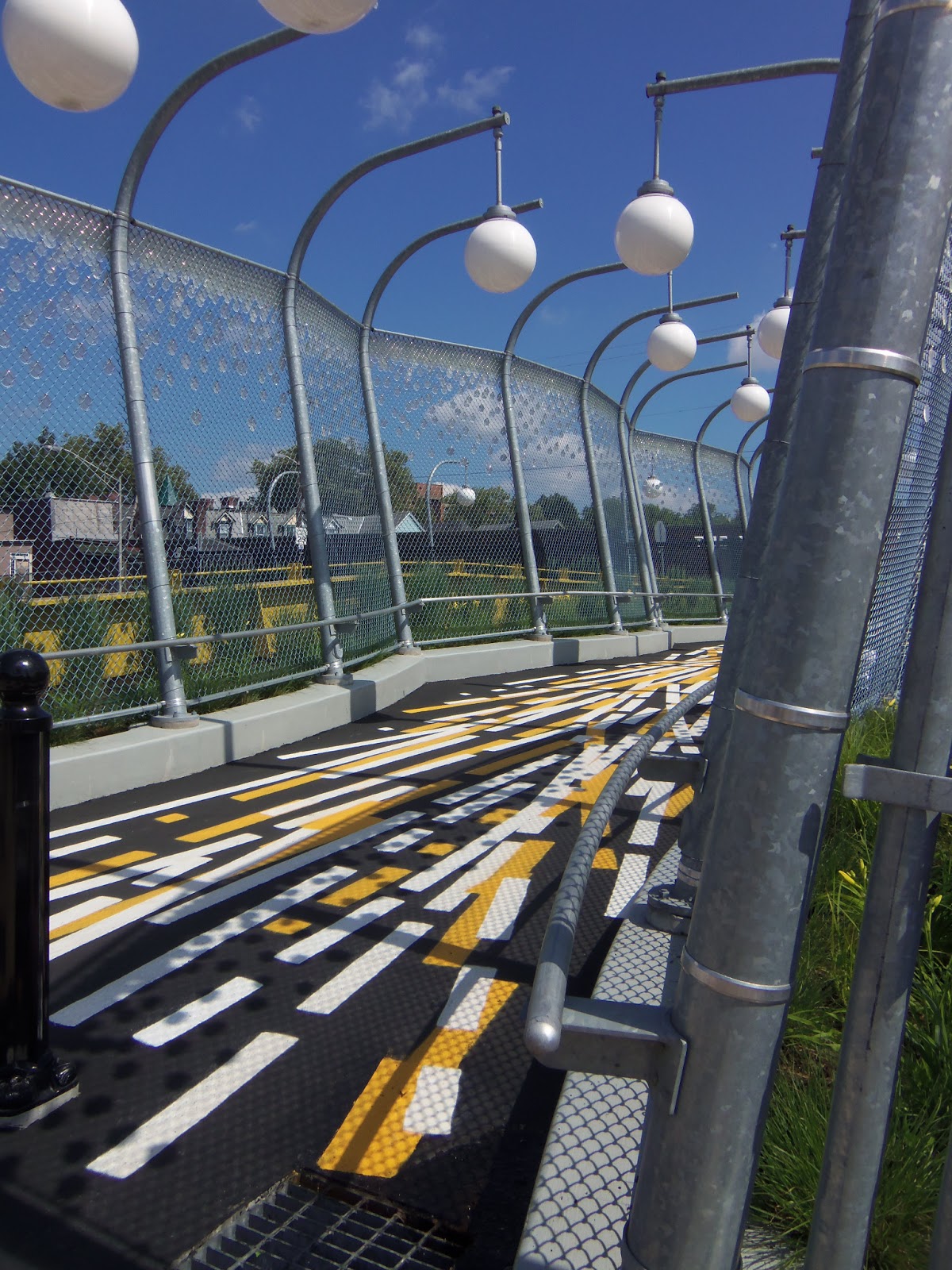 Posted by It's a Wonder-Filled World at 1:20 PM