Welcome to the 2013 World Series of Poker

LAS VEGAS -- We're back at the Rio, this time earlier in the WSOP summer schedule. 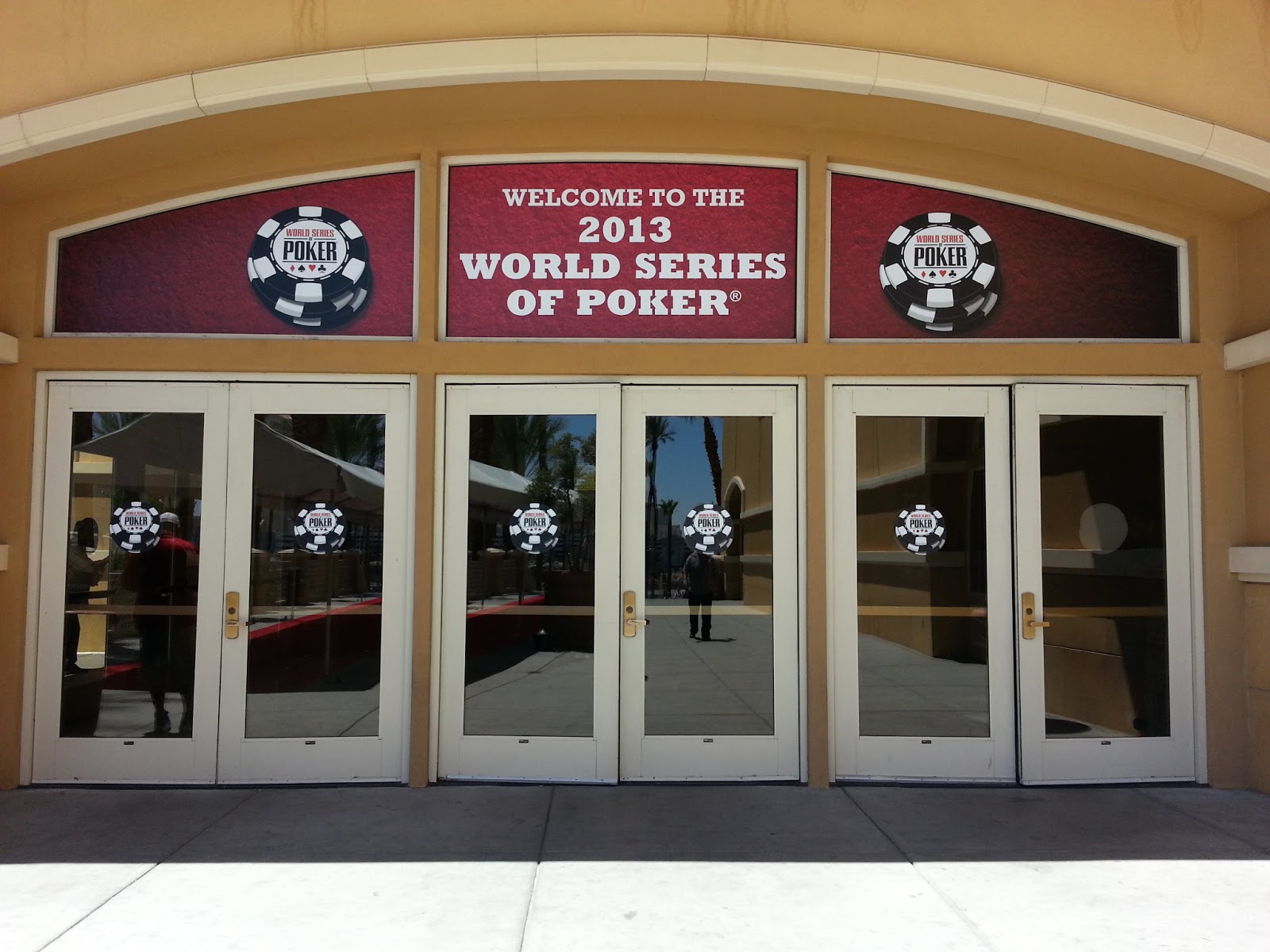 The Main Event isn't until July, but there are loads of events before then. Today, Larry is playing in a 6-handed Texas Hold 'Em No Limit tournament. Six handed is nice because everyone has more room at the table. But it's also not nice because the beginning chip stack is only 4,500. It will move quickly and then, toward the end, it will slow way down. It started about half an hour ago. Total number of players will probably be under 800. (738 were registered by 11:50.) 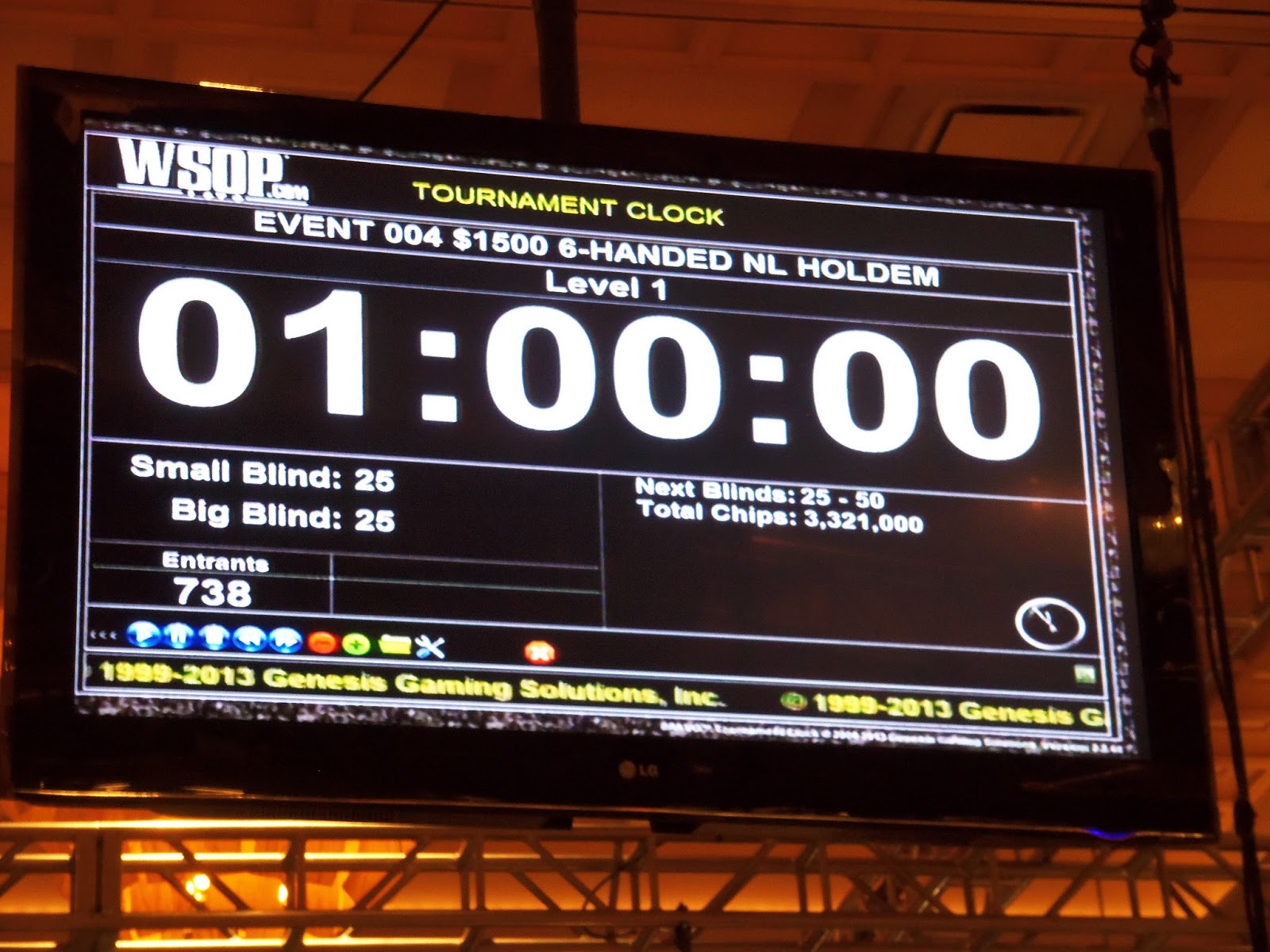 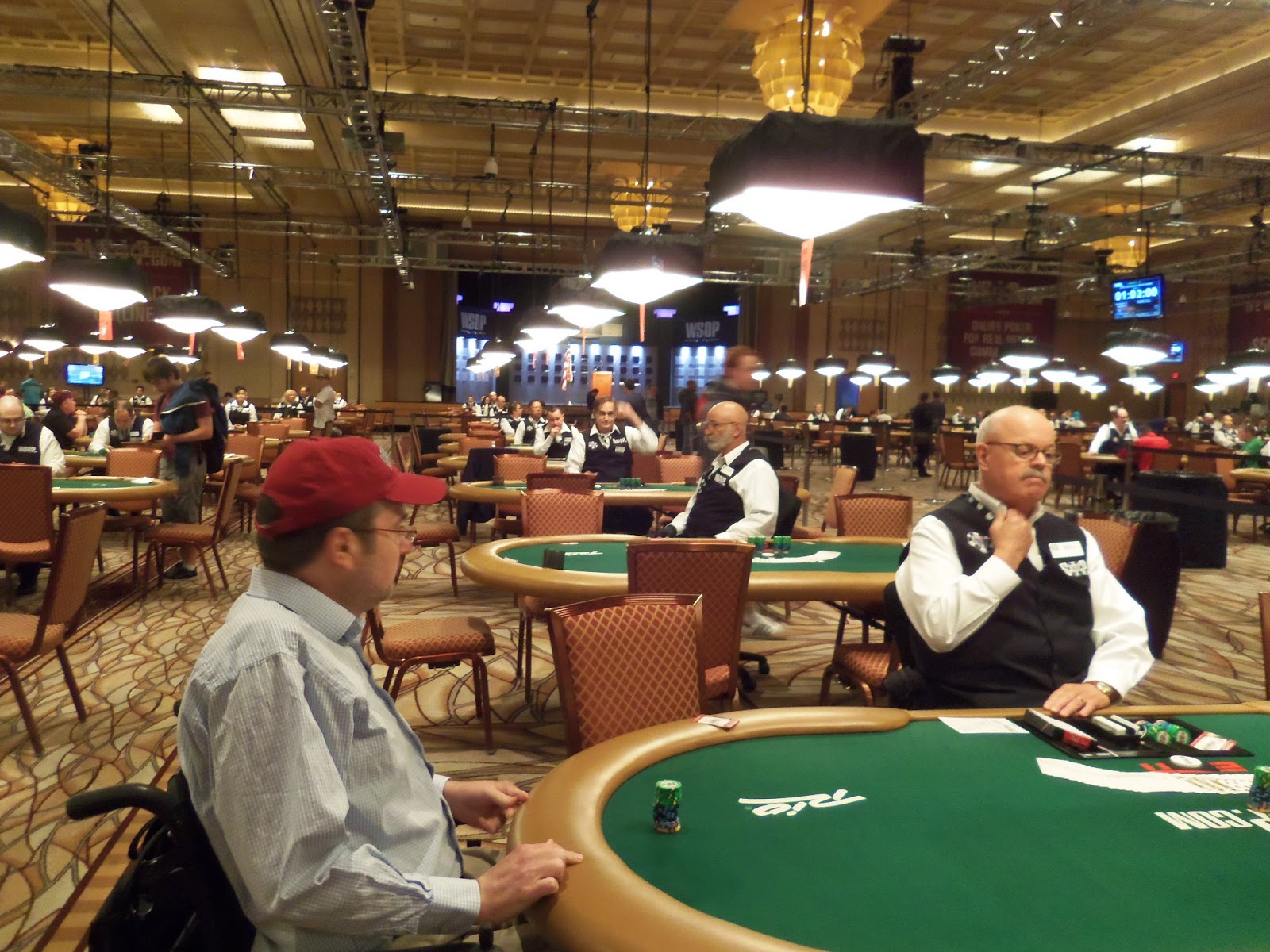 Because play starts without an ante, a lot of people wait before they start playing. Quite a few are here in the "poker kitchen" dining area. There isn't a whole lot to win right off the bat, but Larry and I both feel like it would be harder to sit down cold, without having a feel for the room and the people once play has already been going on. Strategy. Everybody's got one.

Last evening we stopped over, and I almost ran right into Antonio Esfandiari. Vanessa Selbst was walking down the hall toward us, total concentration on her face. That was about 6:30 p.m., and by 8:30, she was out of yesterday's tournament.