WSOP 2-day tournament/Playing in the sand

ATLANTIC CITY -- Larry started at noon in a smaller tournament, a $365 buy-in. It's about 150 players and is scheduled for two days. No pressure. He put too much pressure on himself yesterday. Whatever happens.

We saw a guy who was last year's point leader for the WPT. Don't know his name. So there are some pros.

After play started, I heard "Floor." Someone who was scheduled for the 3 p.m. over-50 tournament was playing at noon by mistake. An ultimate senior moment. A couple of other guys were playing at the wrong tables.


*
Harrah's is preparing for Christmas. That includes sand sculpture inside. No sand castles outside. Rain has caused flooding this week, and the fog is as thick as any fog I've ever seen. I know the ocean is out there, but we haven't really seen it yet. 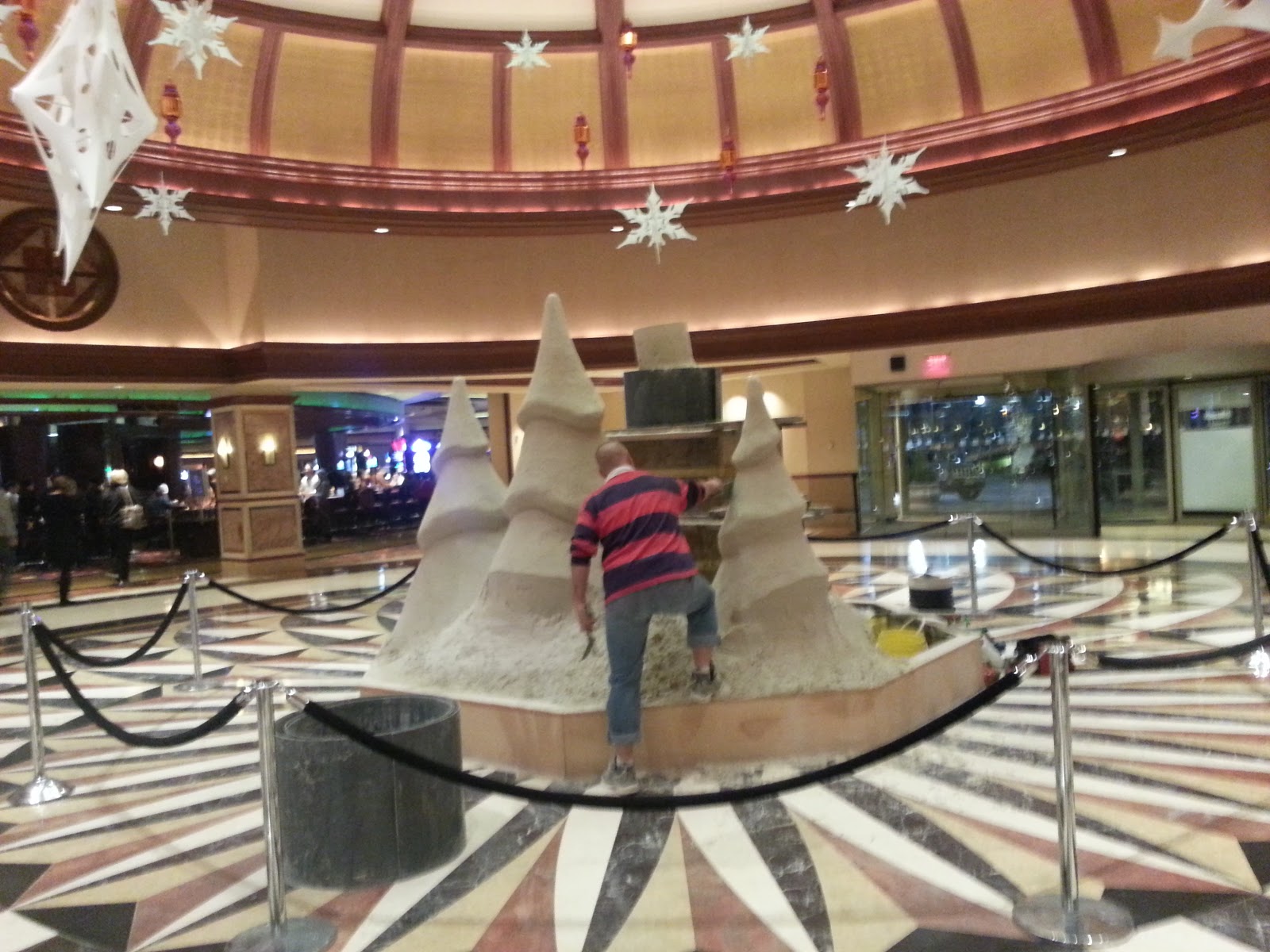 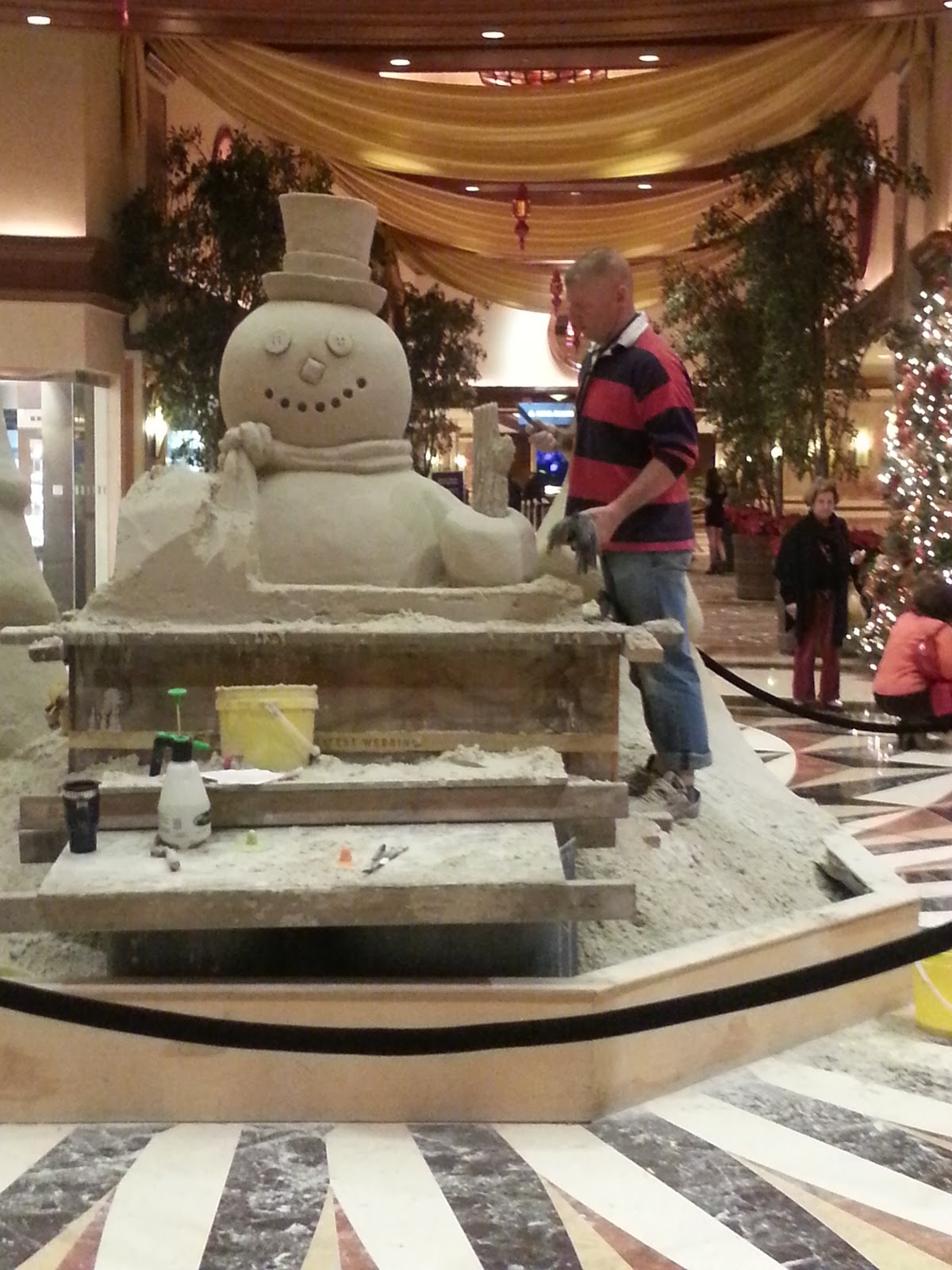 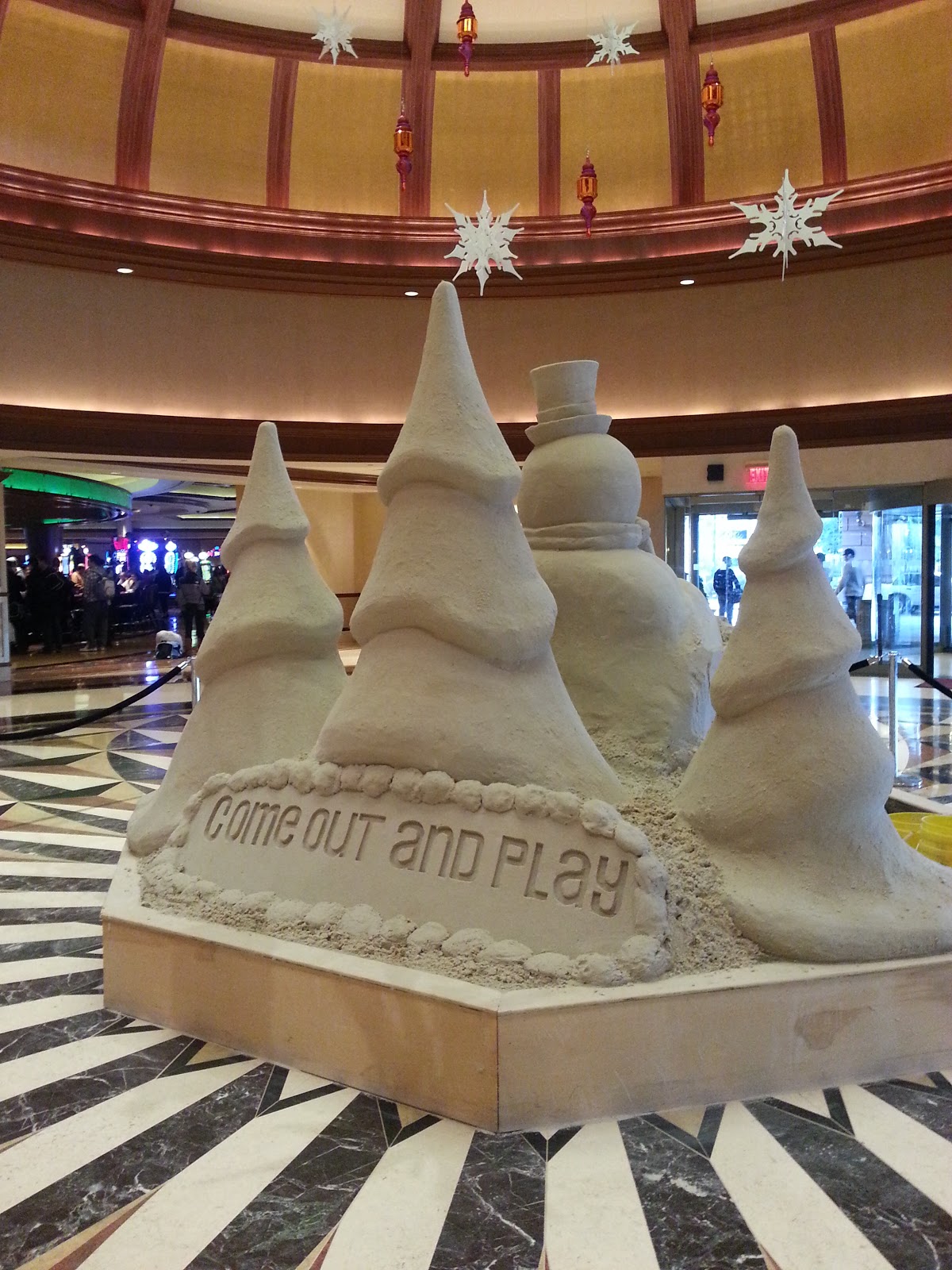