PITTSBURGH -- The Feast of the Seven Fishes is celebrated by a lot of Italian-American Pittsburghers on Christmas Eve. http://en.wikipedia.org/wiki/Feast_of_the_Seven_Fishes That meant that yesterday, a lot of folks were picking up fish from our favorite local fish market, Penn Avenue Fish Company. We only needed salmon for today's dinner, but we had to pick it up yesterday, too. I dropped Hannah in front of the store and circled the block, lucky enough to find a parking spot down the street. The place looked rather placid from outside: 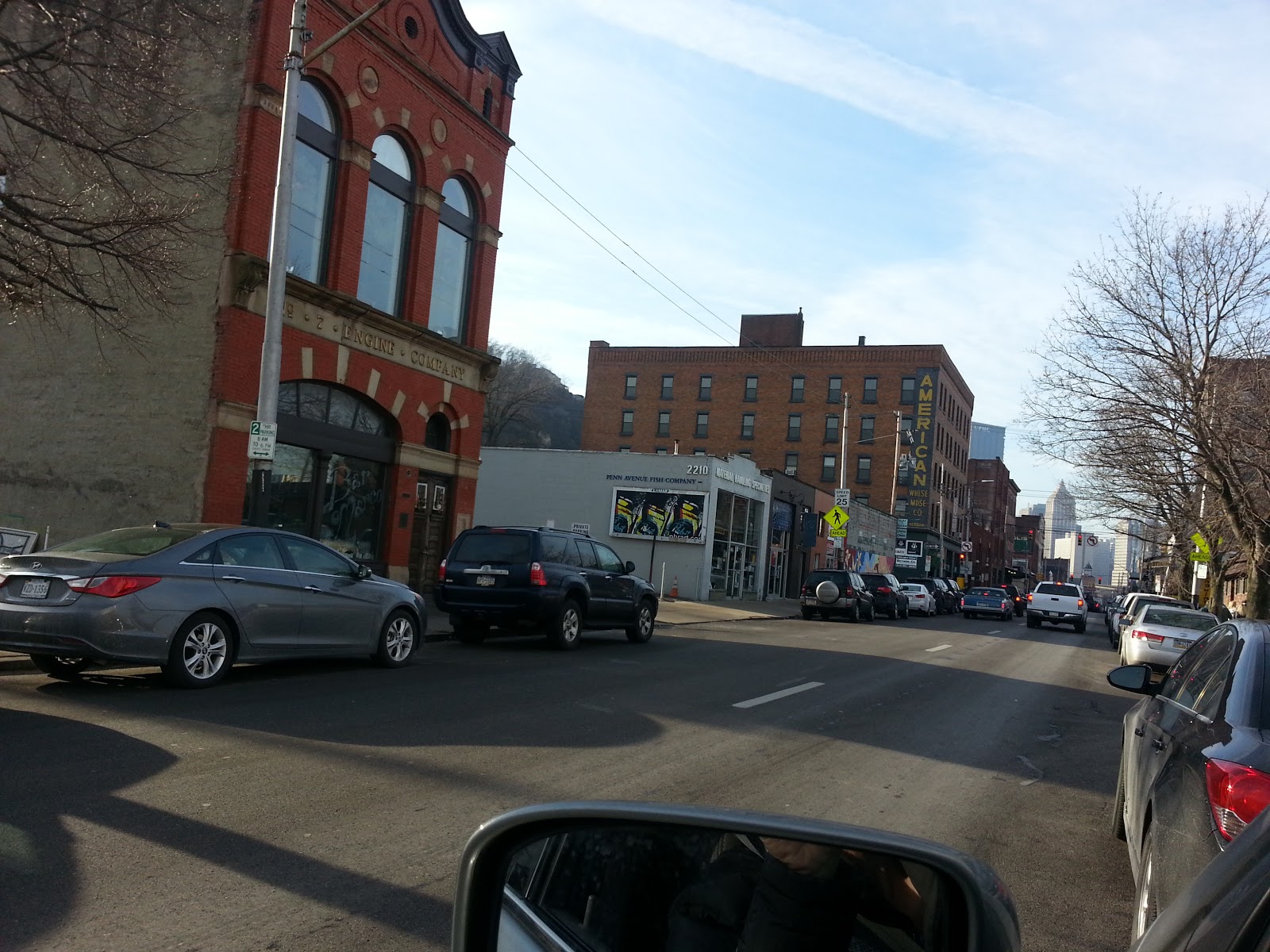 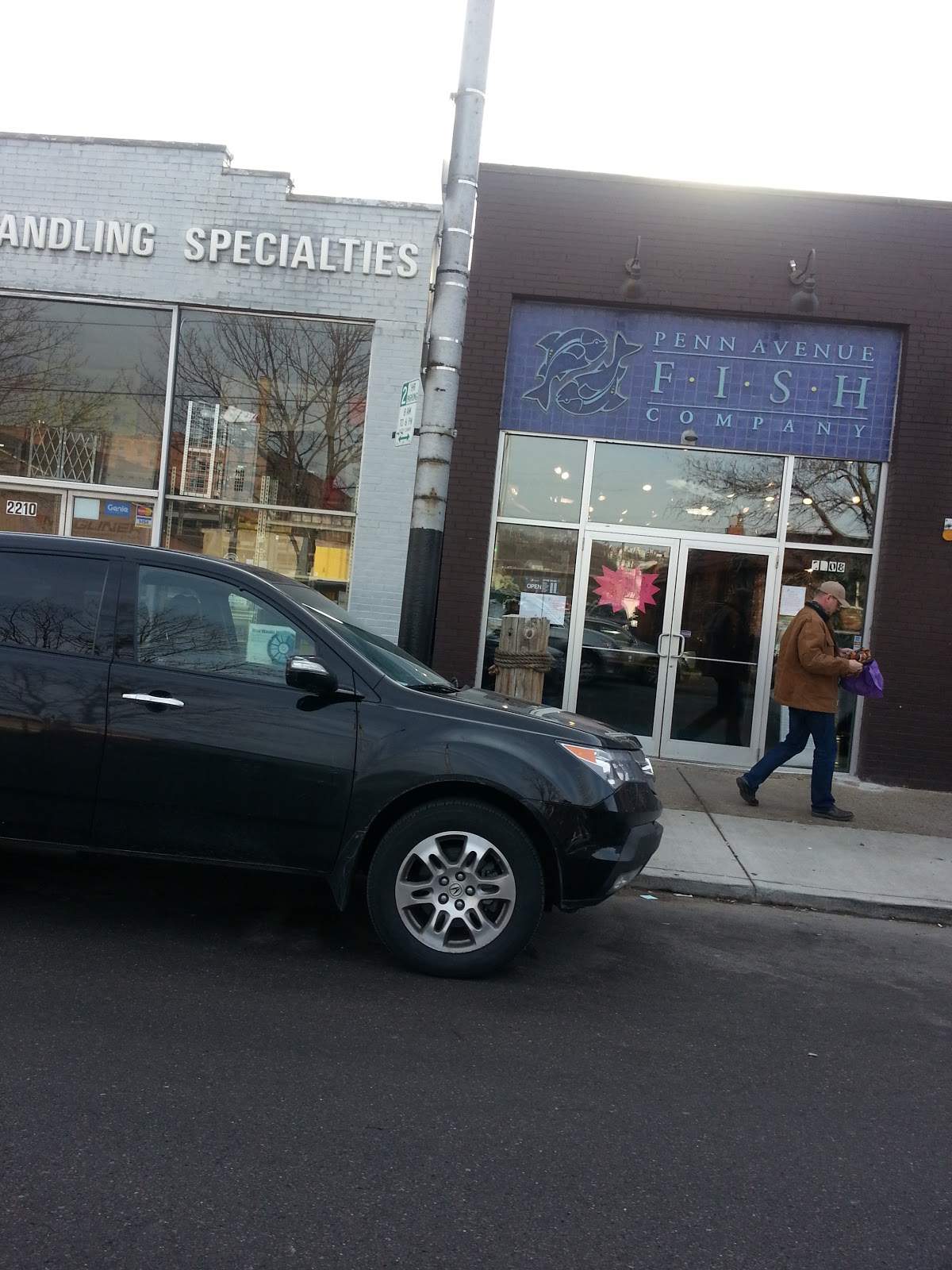 Apparently it was so crowded inside that if someone had fainted, the shear volume of bodies would have kept them on their feet. One of the fish mongers said, to nobody in particular, "I'm going on 36 straight hours here." The owner, with a phone to his ear, cut the heads off fish while explaining to the person on the line that he would add a little saffron to whatever recipe he had just given out.

We look forward to salmon on the grill today.

Also yesterday, as per the Pileggi family tradition, we went shopping. Christmas Eve shopping is almost always less stressful than any other pre-Christmas mall trip. Lots of parking, lots of sales, and yesterday was great. Santa was there, too. 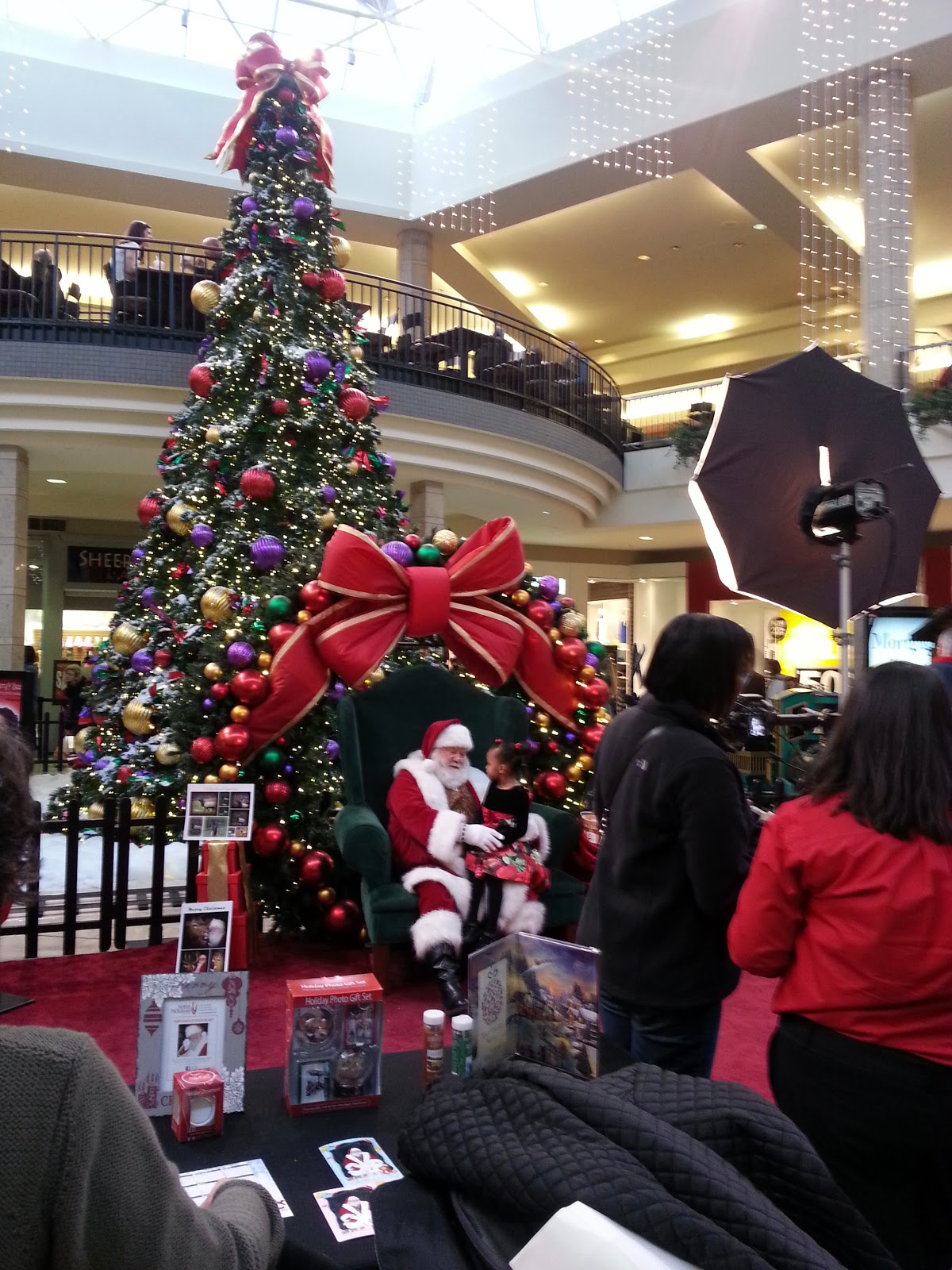 Posted by It's a Wonder-Filled World at 7:19 AM