A Penny Farthing and Steampunk

PITTSBURGH -- This weekend was the Western Pennsylvania SCBWI's annual conference, (Society for Children's Book Writers and Illustrators) held at the Doubletree in Greentree. 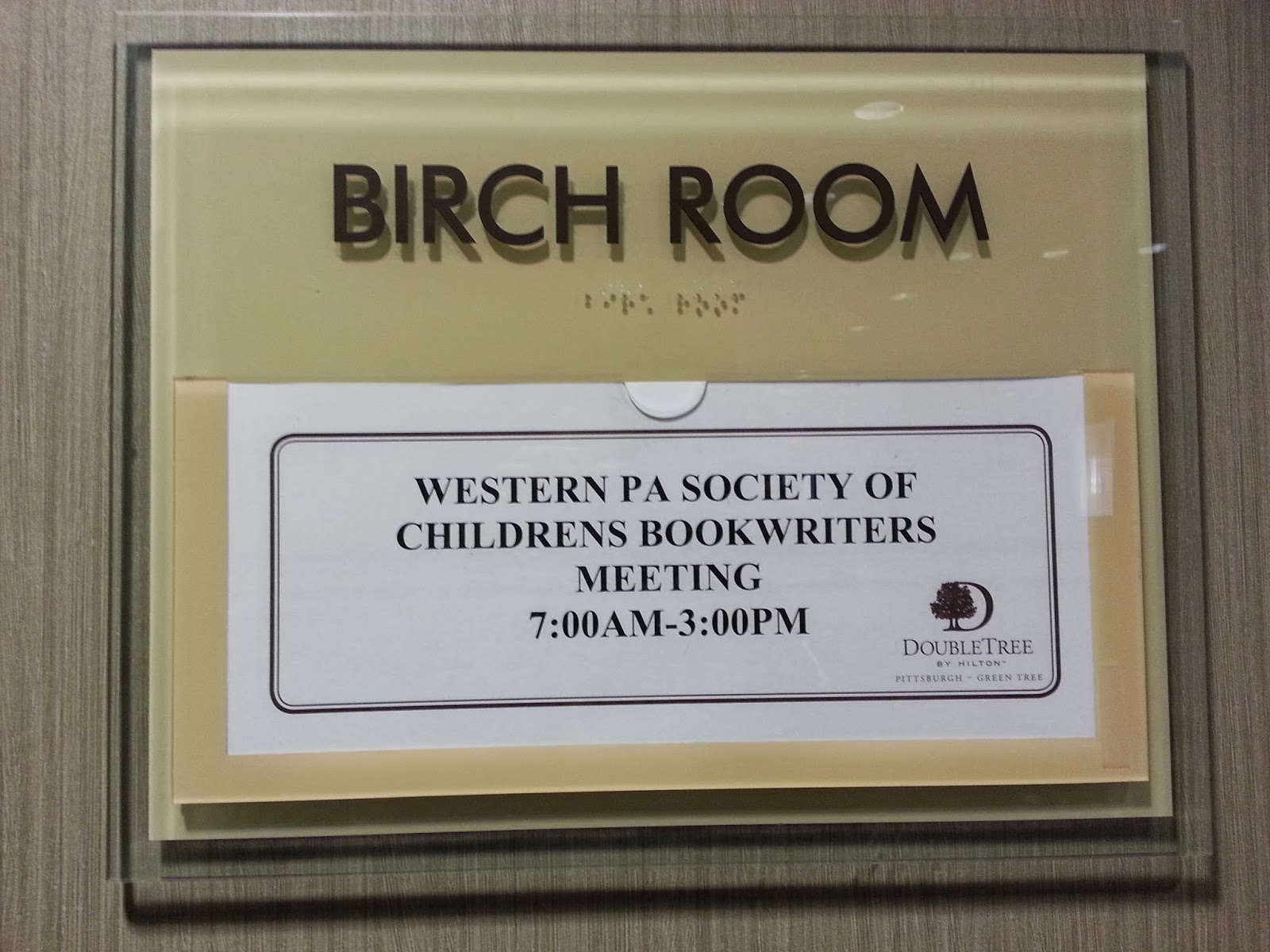 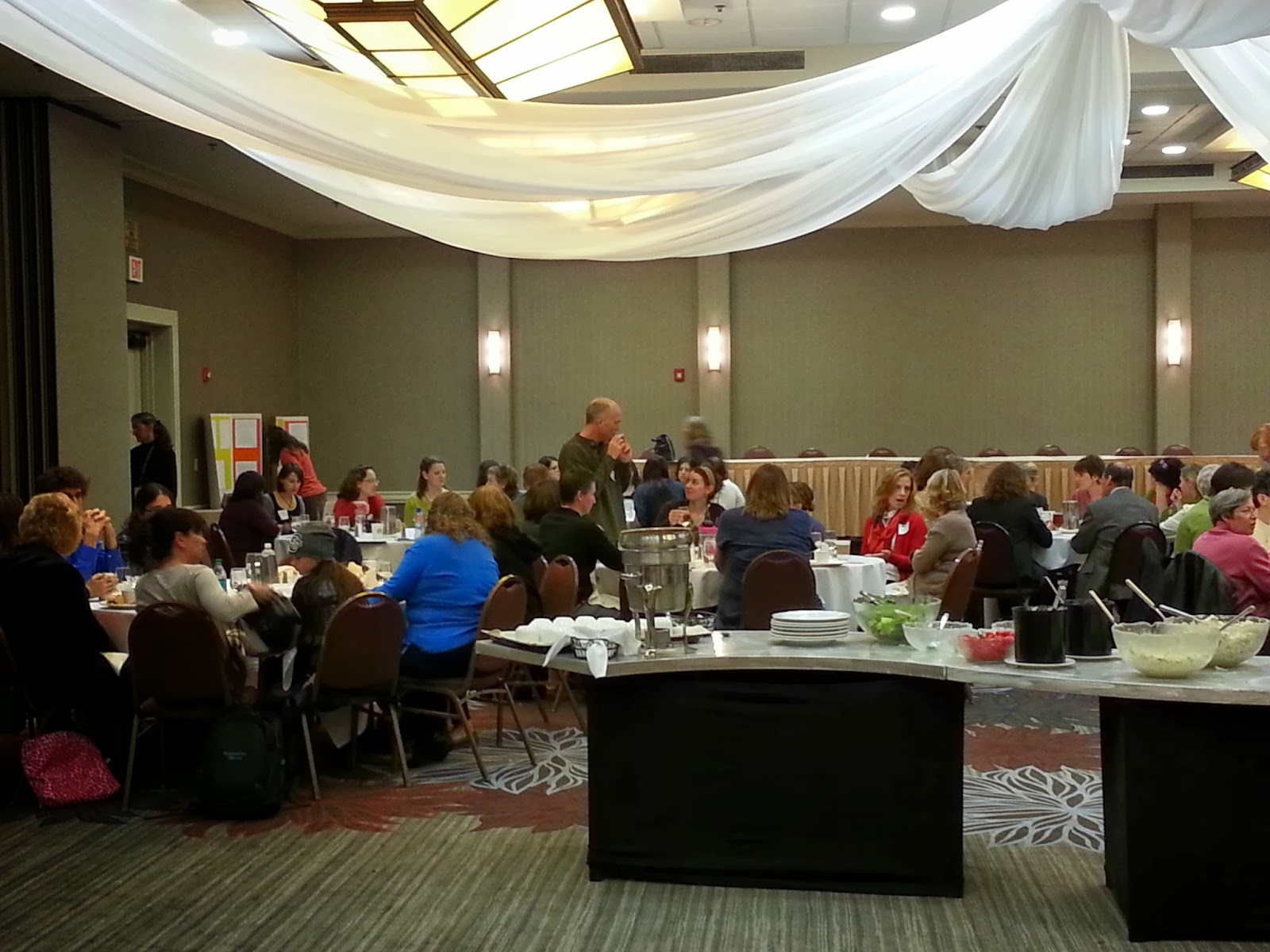 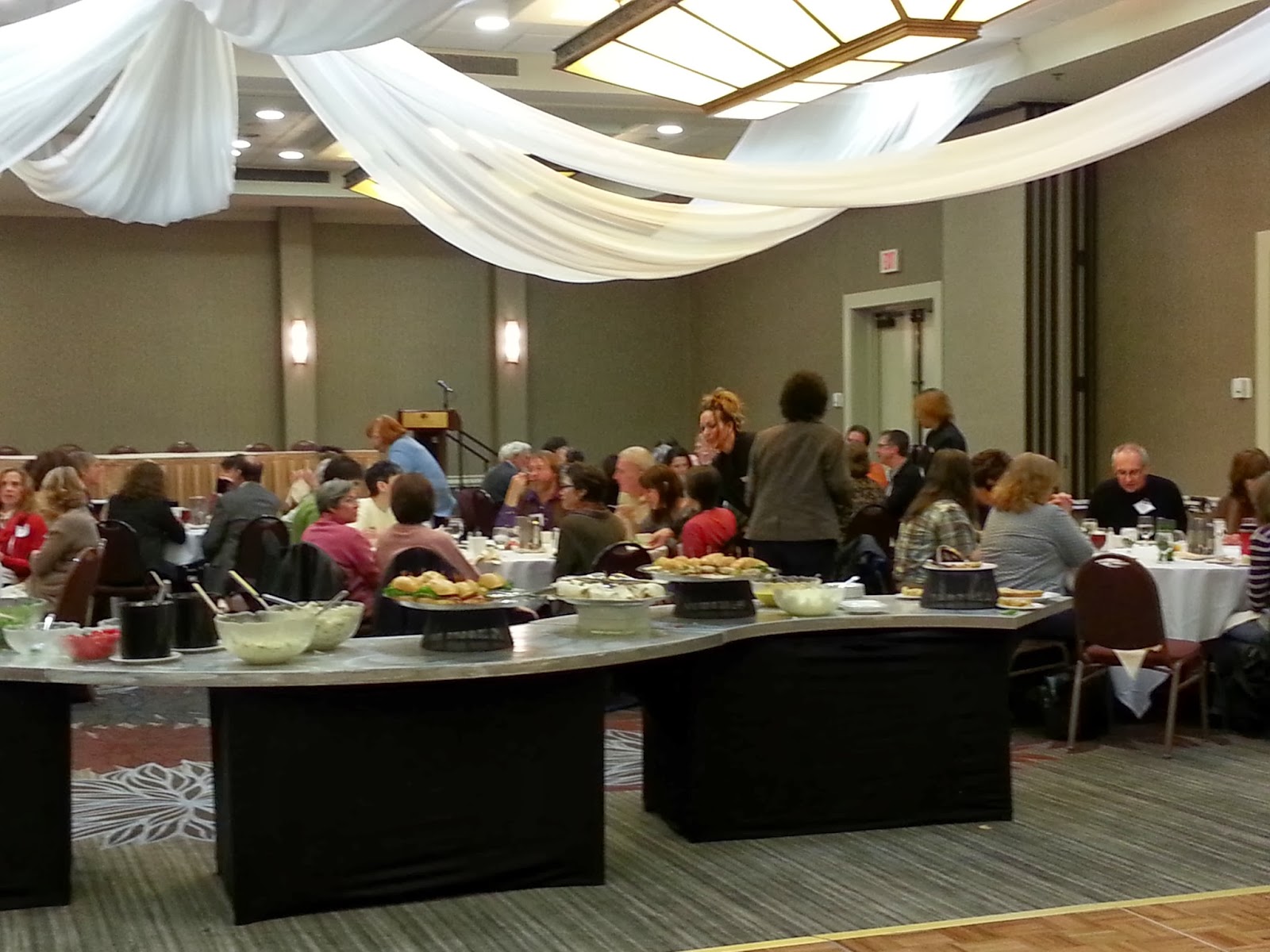 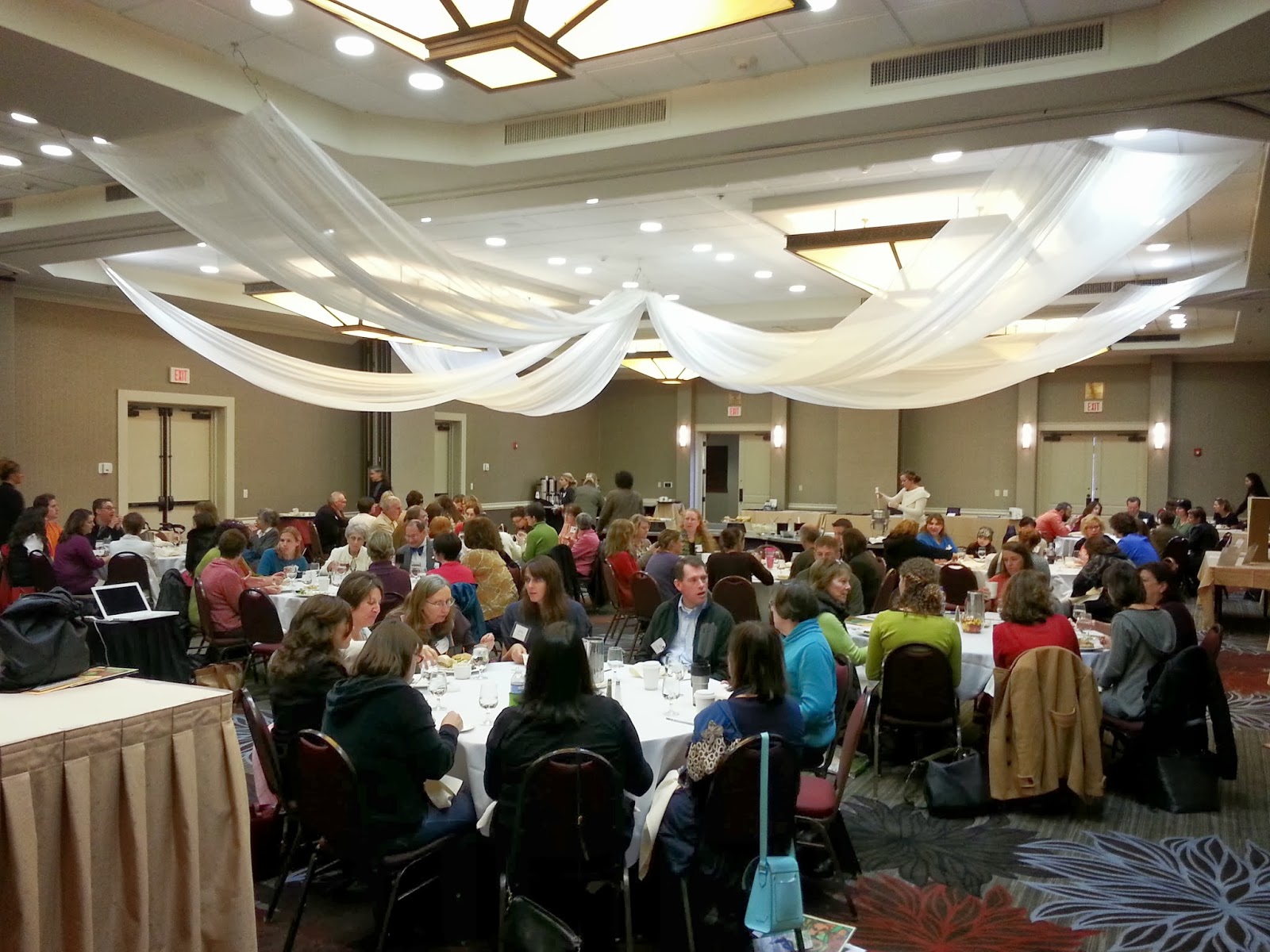 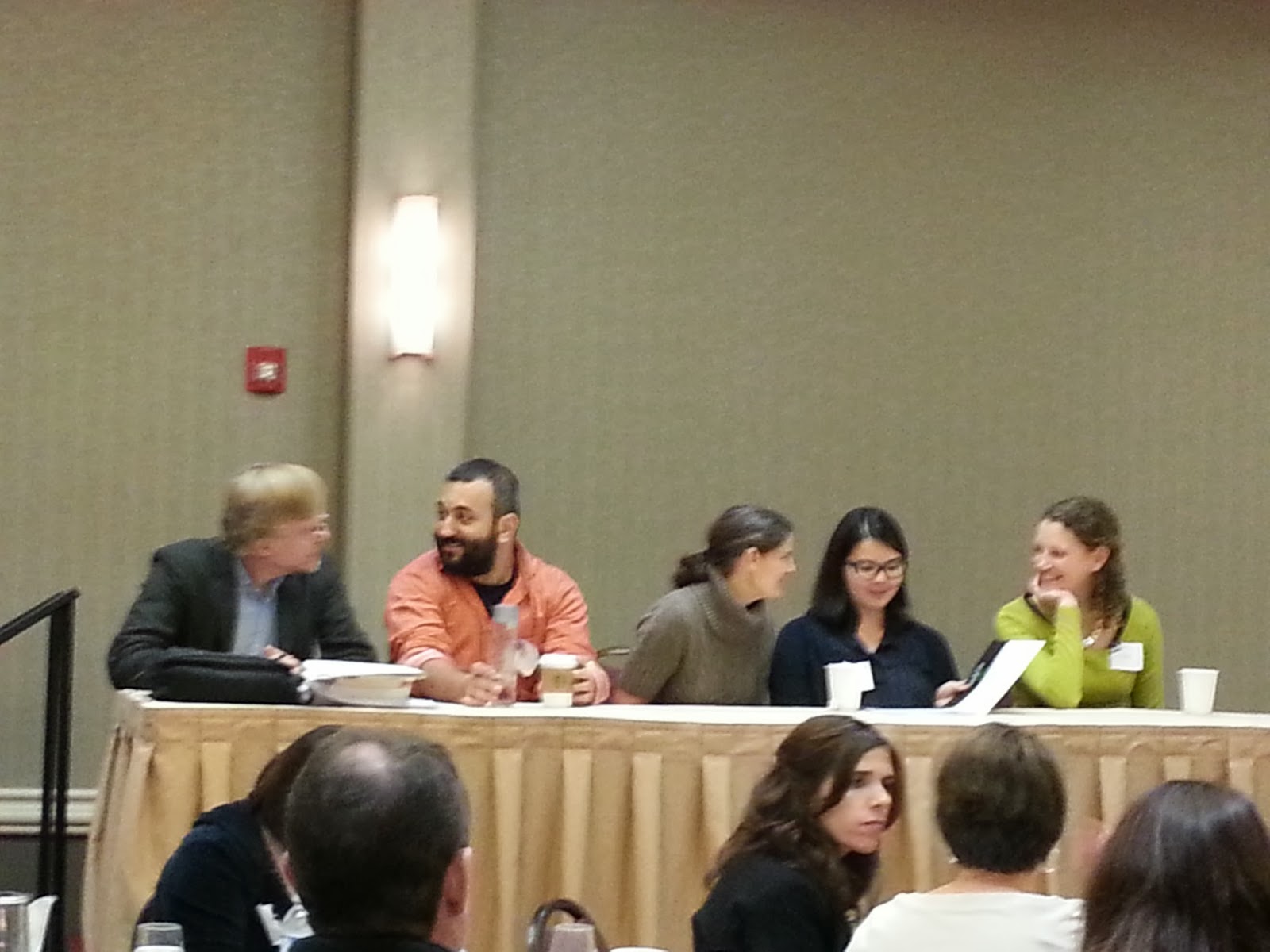 In addition to absorbing loads of writing and illustrating information about branding, editing, research and the future of children's books (among many other topics), I learned a couple of new words:  Penny Farthing and Steampunk.

A Penny Farthing is an old-timey bicycle, the kind with the huge front wheel.

According to Wikipedia, "Steampunk refers to a sub-genre of science fiction that typically features steam-powered machinery, especially in a setting inspired by industrialized Western civilization during the 19th century. Steampunk works are often set in an alternative history of the 19th century's British Victorian era or American 'Wild West,' in a post-apocalyptic future during which steam power has regained mainstream use, or in a fantasy world that similarly employs steam power."

Illustrator John Hinderliter creates Steampunk robots. I apologize for my lousy photography. Check out his work at http://www.johnhinderliter.com. 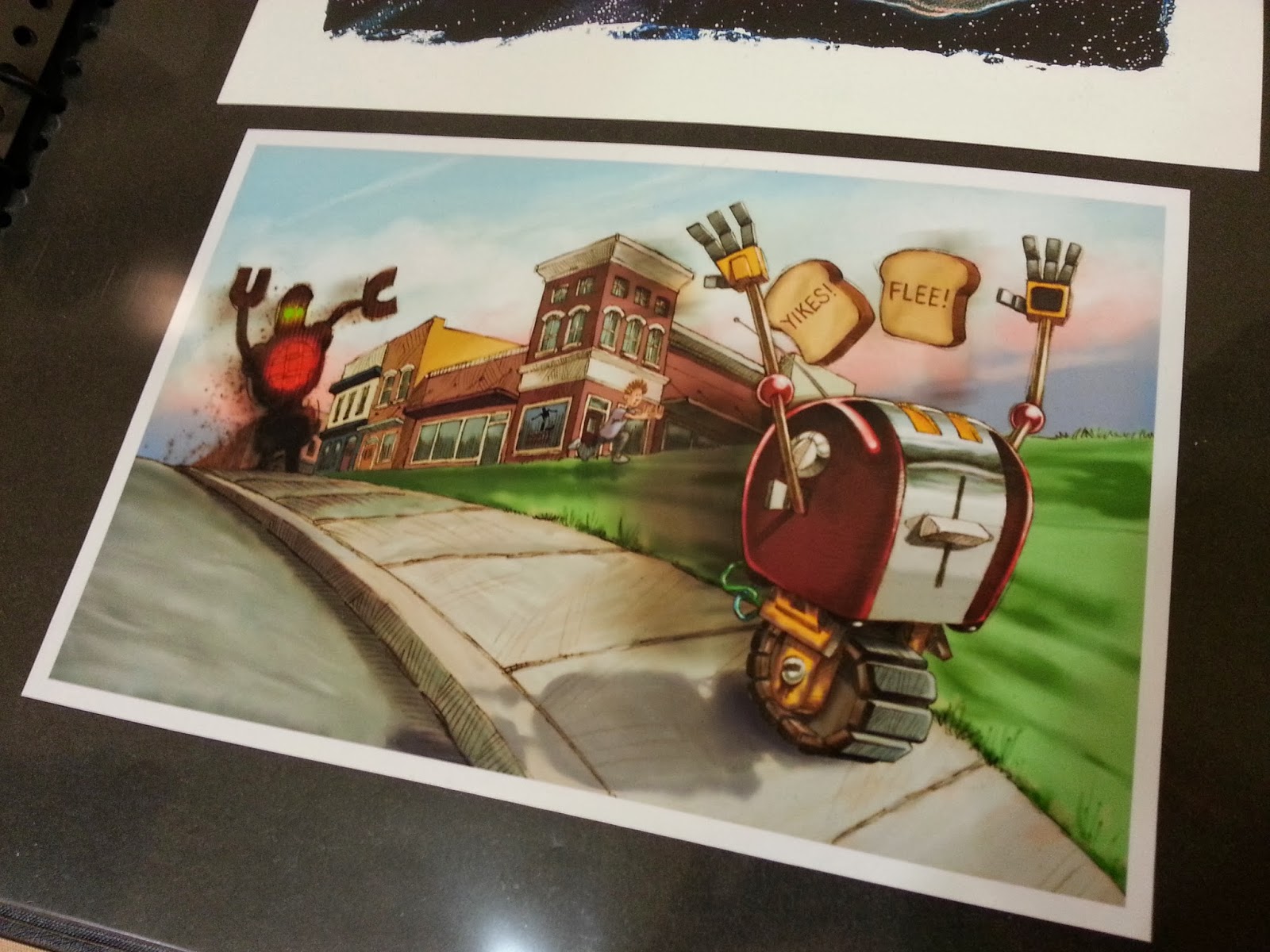 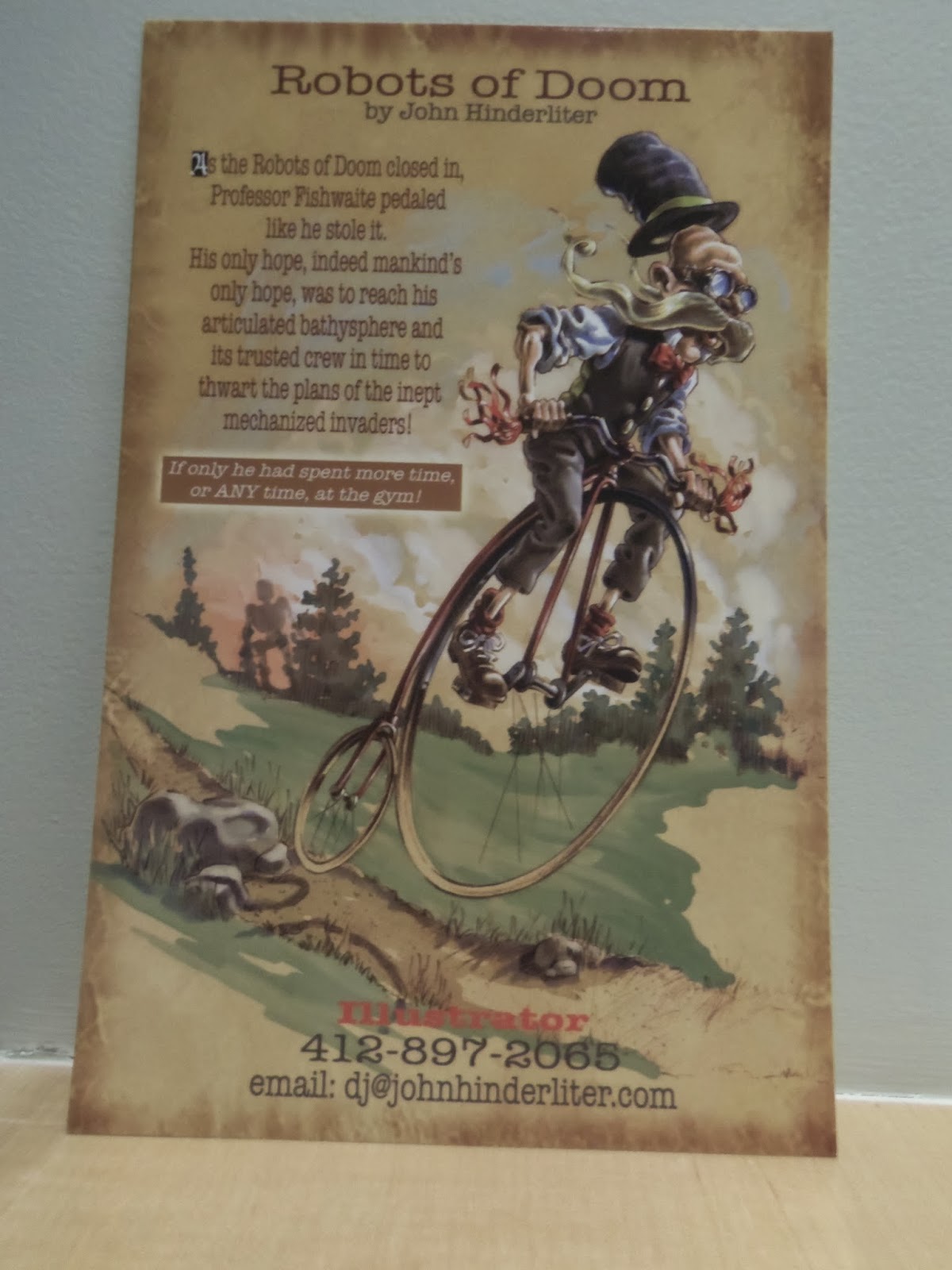 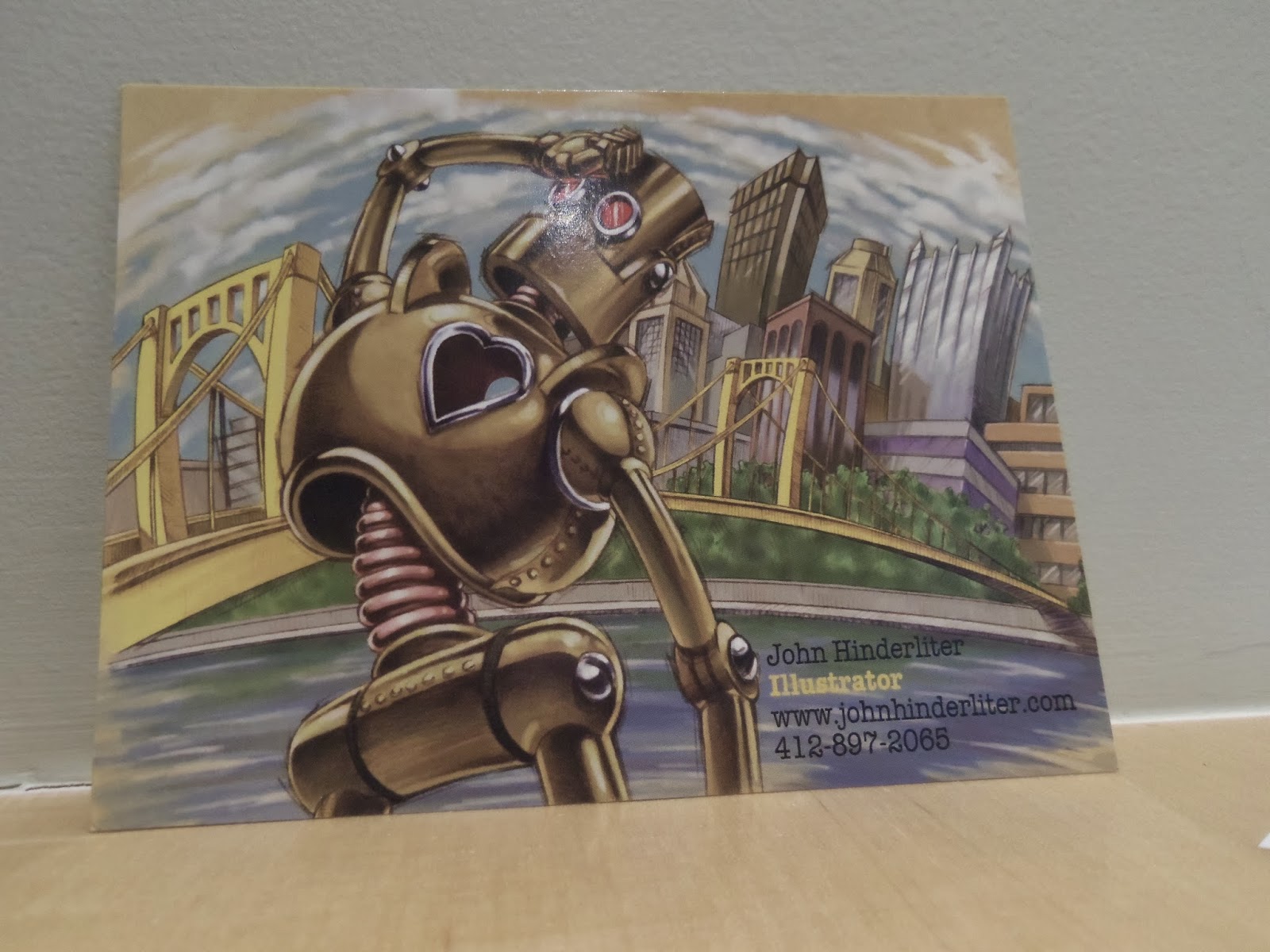 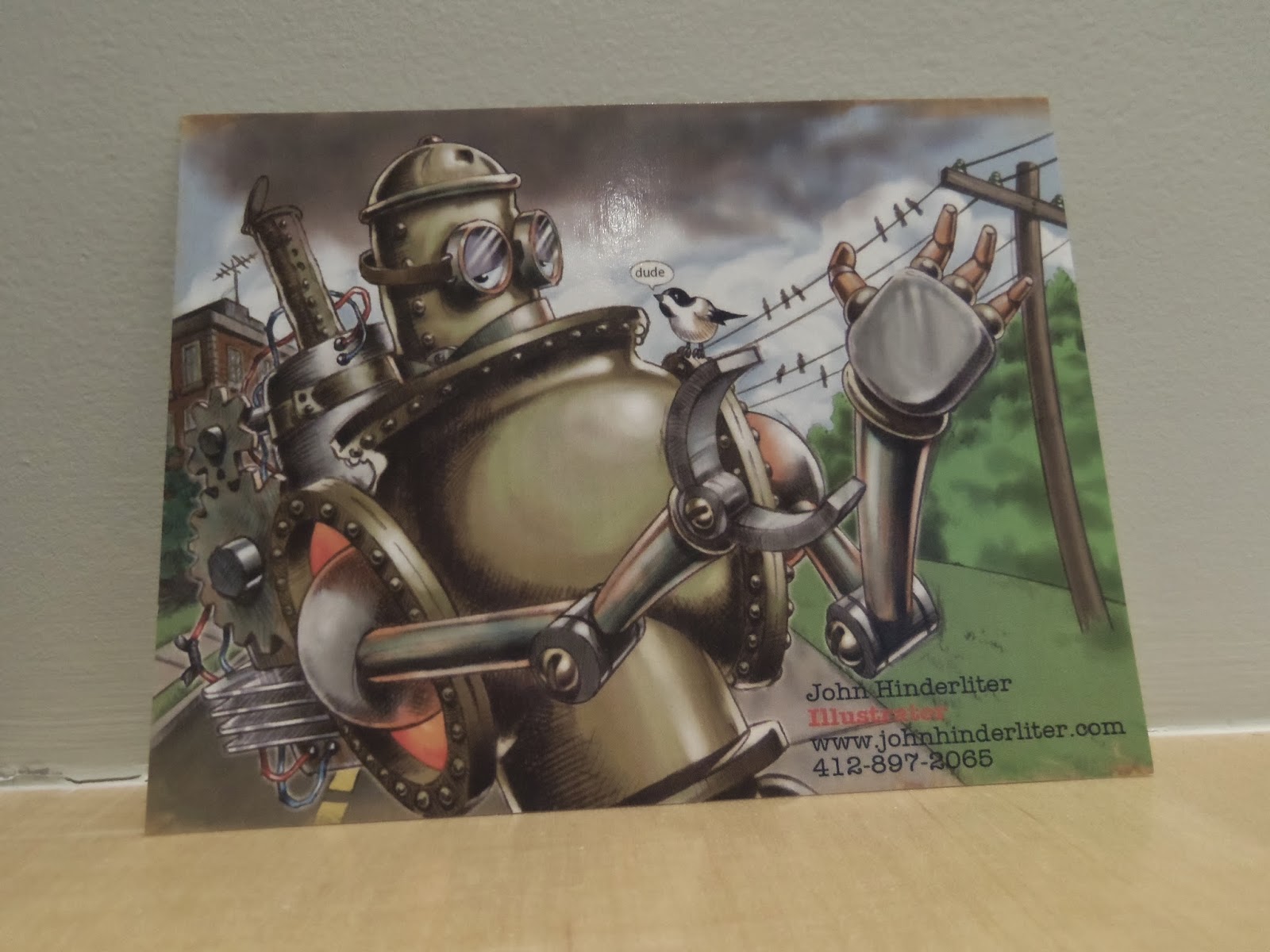 Illustrator and book designer Lisa Rasmussen plans to create an entire fold-out book. Here she is with the prototype of a small section of a fold-out book. http://www.rasmussenillustrationanddesign.com/about/ 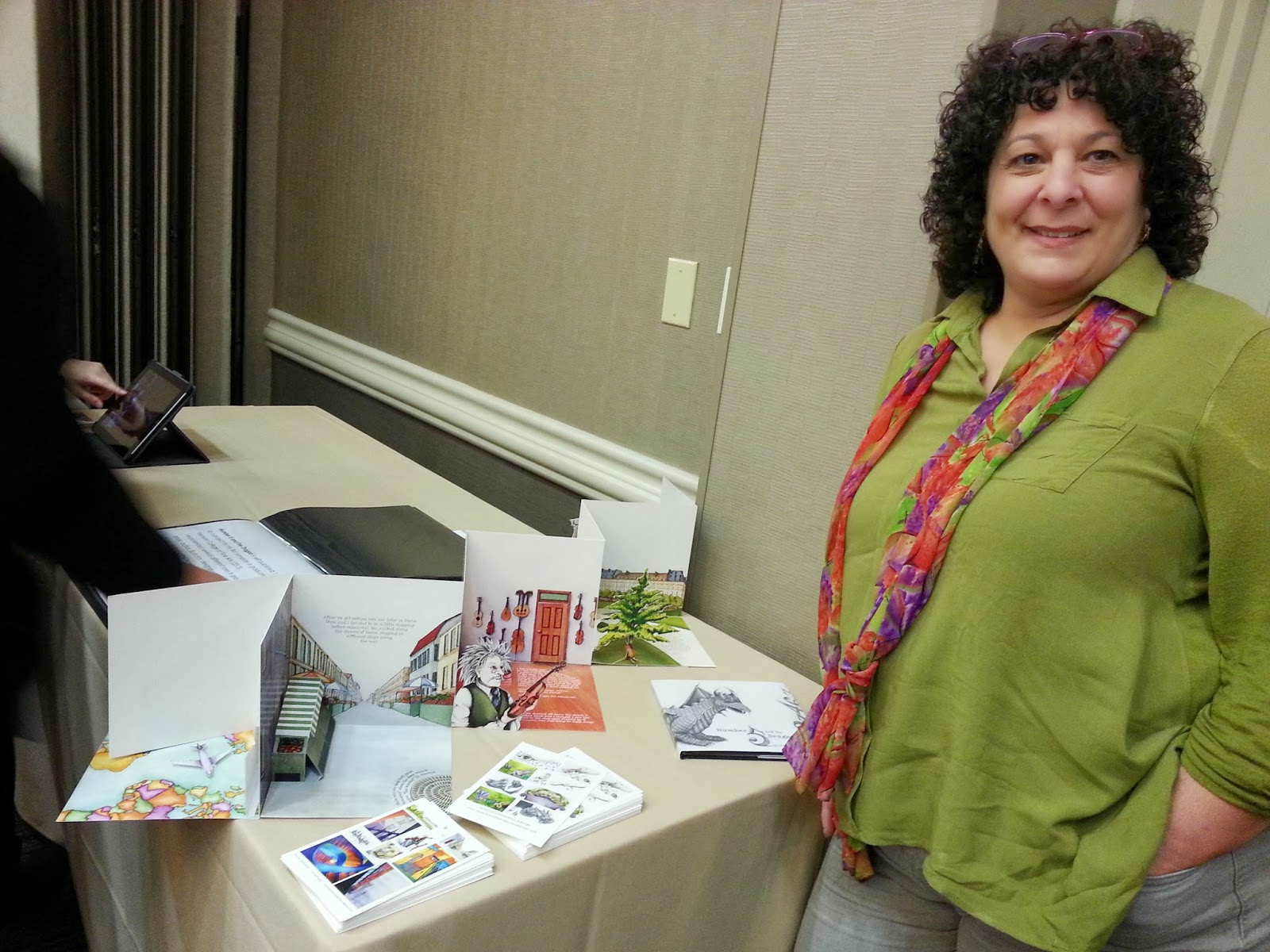 And local published authors showed off their wares. 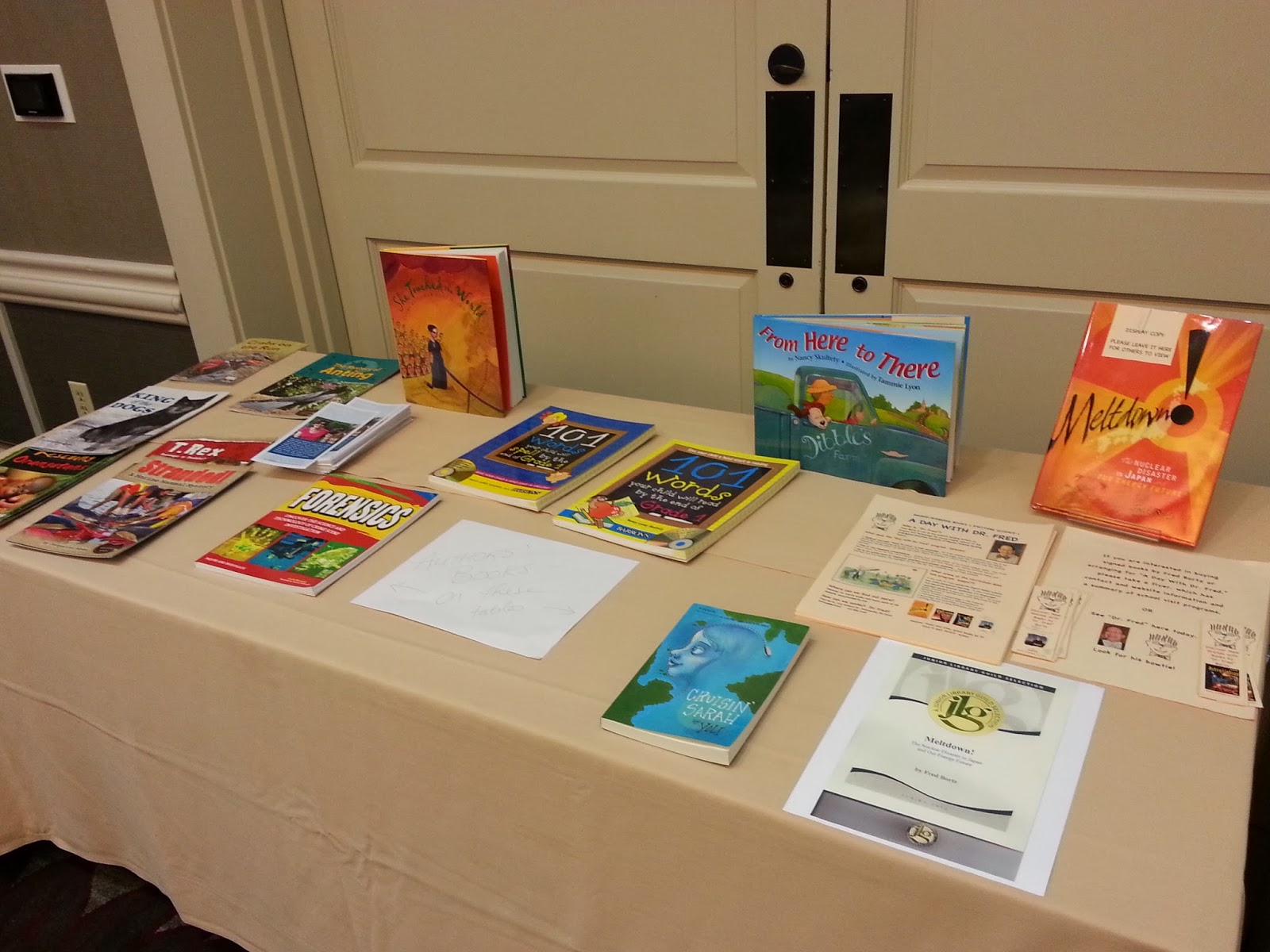 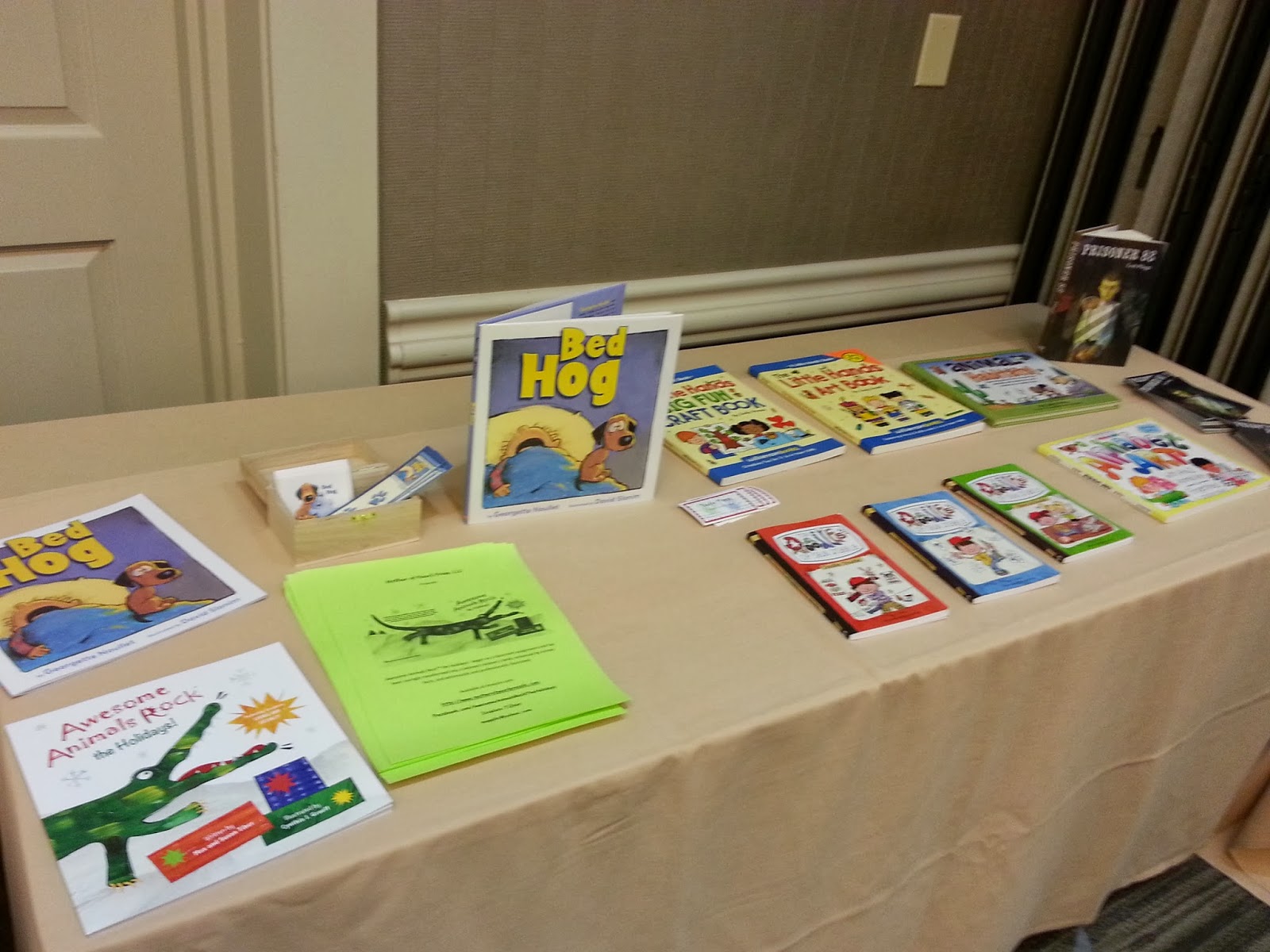 Posted by It's a Wonder-Filled World at 6:06 PM