Why I Helped Knit the Bridge

PITTSBURGH -- Yes, standing back from it all (from a philosophical standpoint), it seems looney. Cover a bridge with knitting and crocheting. Why? But then standing back from it (literally) and taking a look, it makes complete sense. Beyond the colors and the patterns and the joy it brings to people who see it for the first time, I see the thousands of hours that it took for hands to knit and crochet the pieces that made up this project.

I was late to the party, even though I was vaguely aware it was going on. Folks have been working at this for somewhere around two years. I got involved about 2 weeks ago by stopping at the Spinning Plates Gallery that had donated their space for the Knit the Bridge project. I took photos, blogged about it, and then I knitted one black panel (12" x 75") that was used to wrap a bottom rail. It took me more than 20 hours (I hadn't knitted for twenty years, so I was slow. And crocheting is faster than knitting). There are, I've heard, 288 bottom rails on the Andy Warhol Bridge. Let's say the average time to make one bottom or top panel is 10 hours. 10 x (288 + 288) = 5,760 hours. The side rails are covered, too. And then there are the actual colorful panels themselves. Some of them were made by groups of folks working together, some of whom were knitting or crocheting for the very first time. Tens of thousands of hours.

I met and chatted with and worked with so many people. One woman came down from Erie on a bus early in the morning, worked all day on the bridge, and then went back to Erie by bus in the evening. Kitty Spangler would know the woman's name. Kitty directed all of us knit wits, and she remembers everybody's name. She's one of those people. I swear she was in two places at once during all of the installation.

If you haven't seen the bridge, take a look soon. It will be dismantled the first week of September. All of the panels will be put to use -- washed and donated to shelters for people and for animals.

Thank you to everyone who was a part of this. 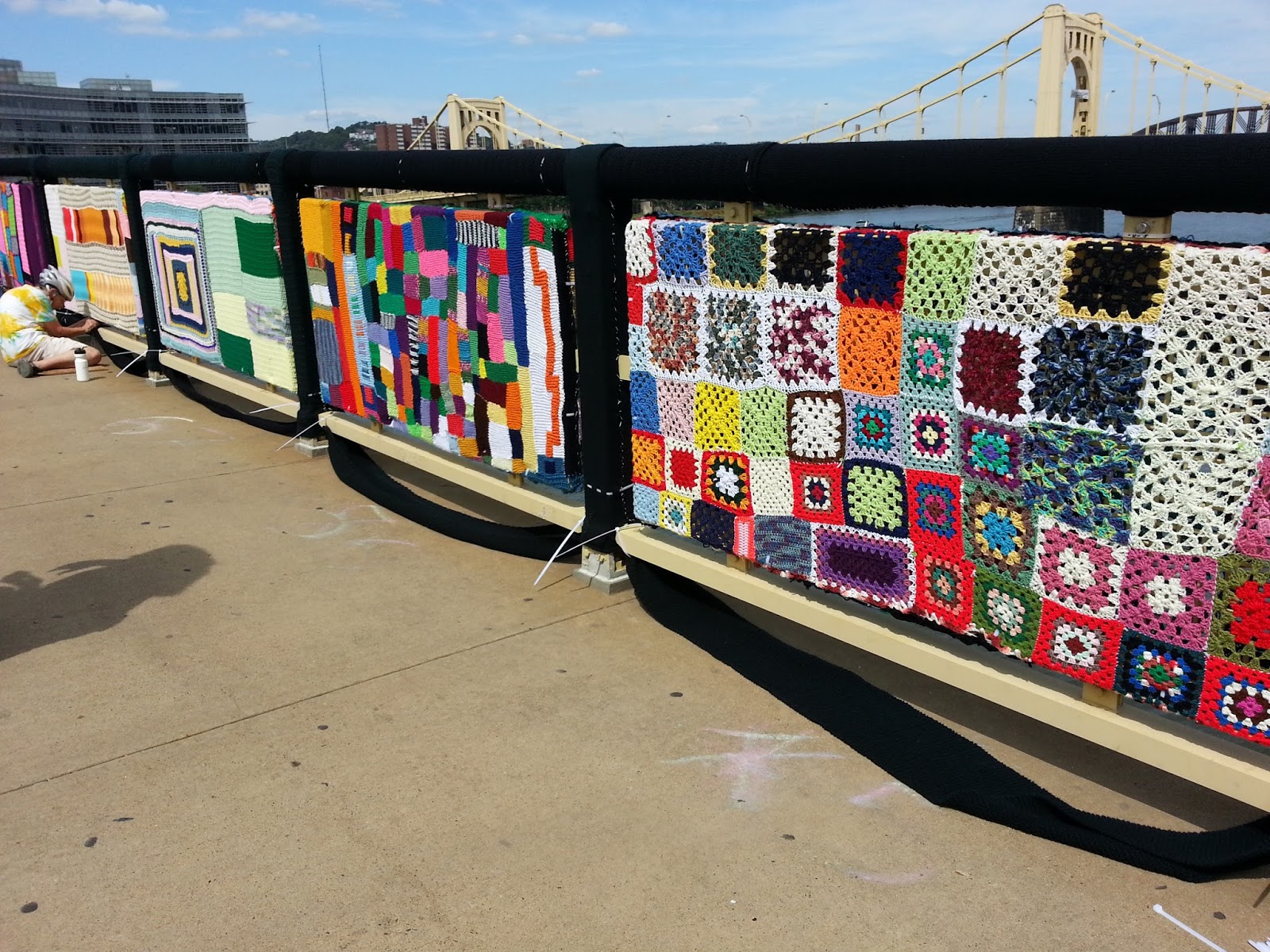 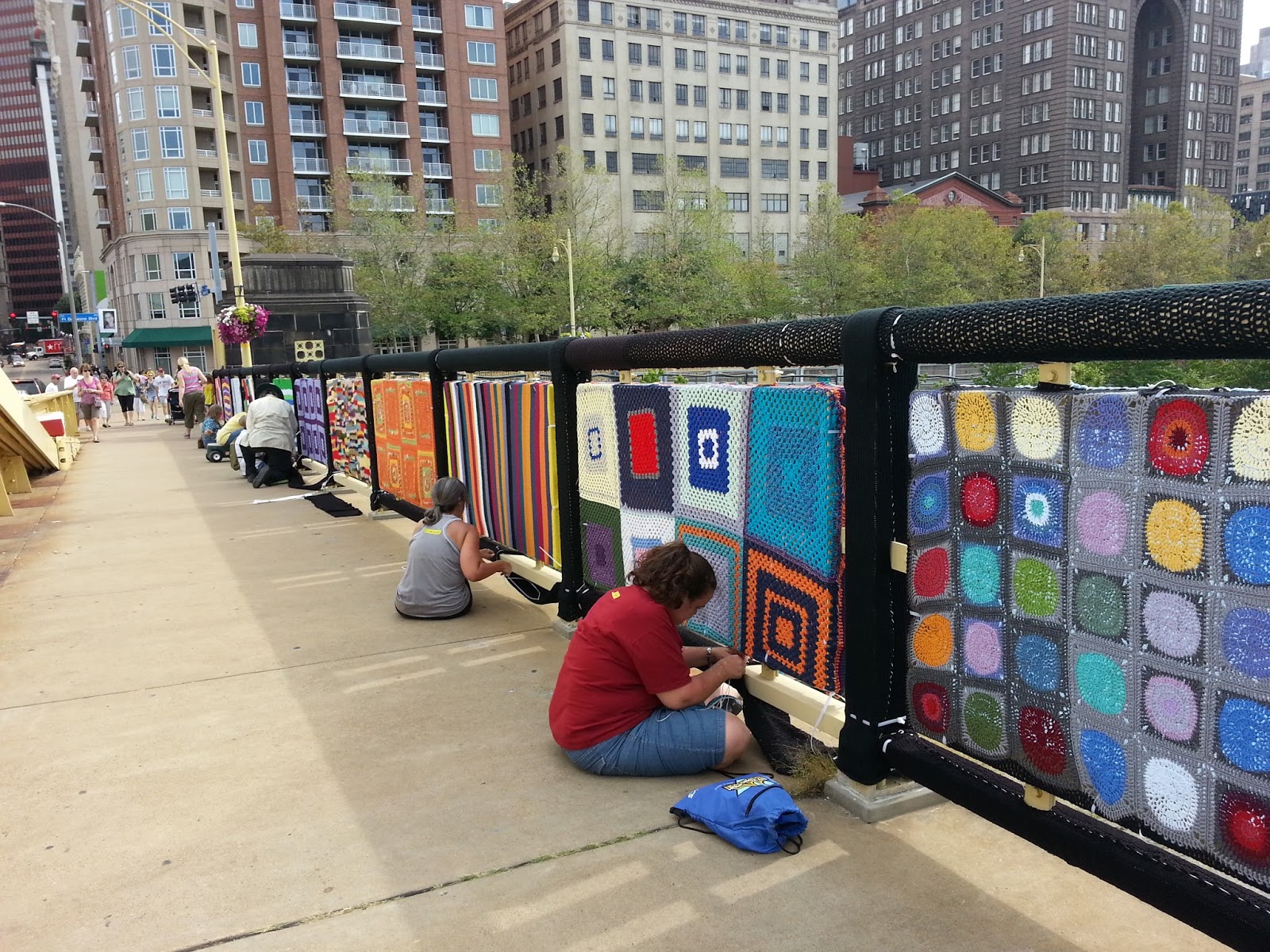 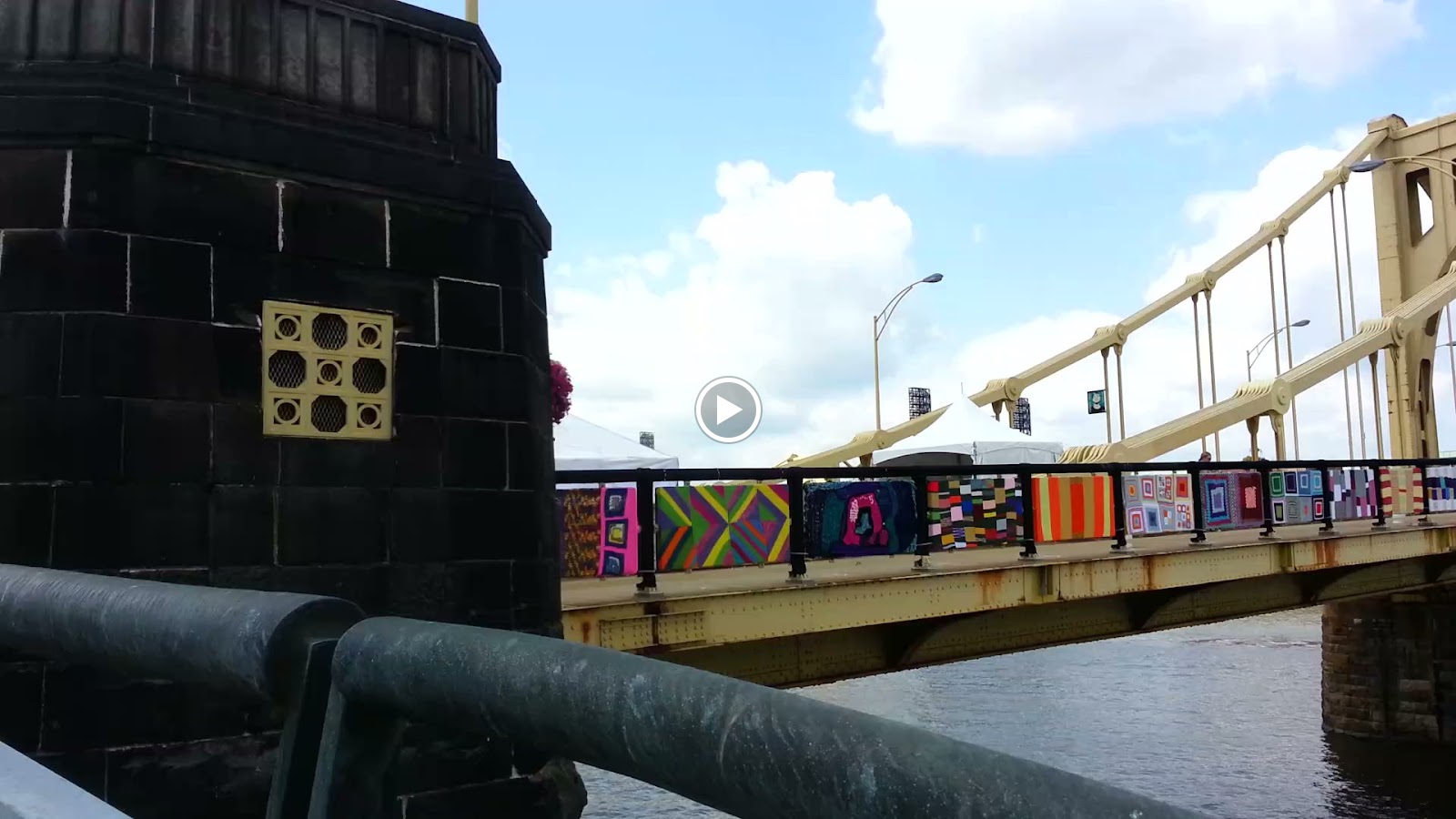 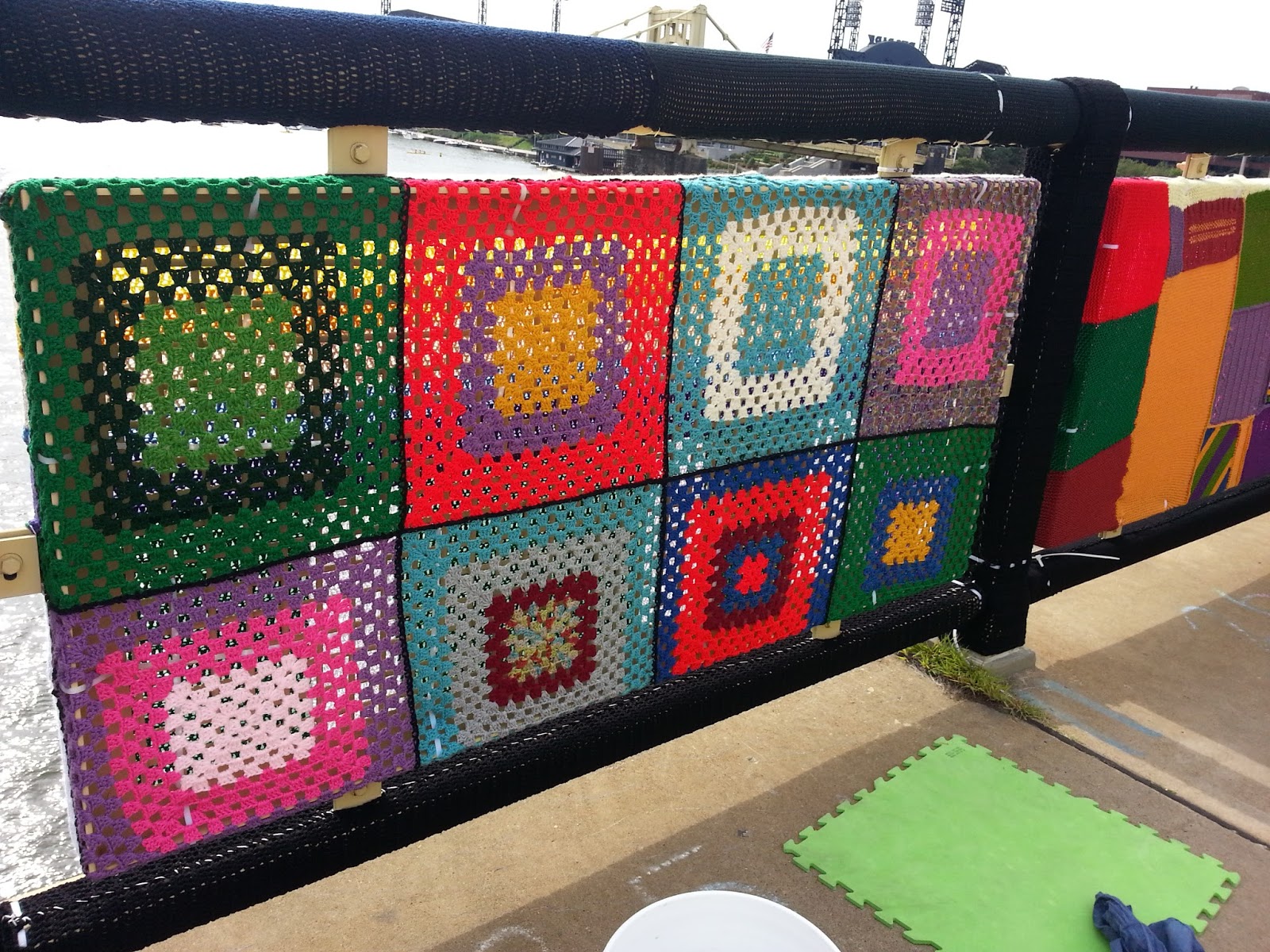 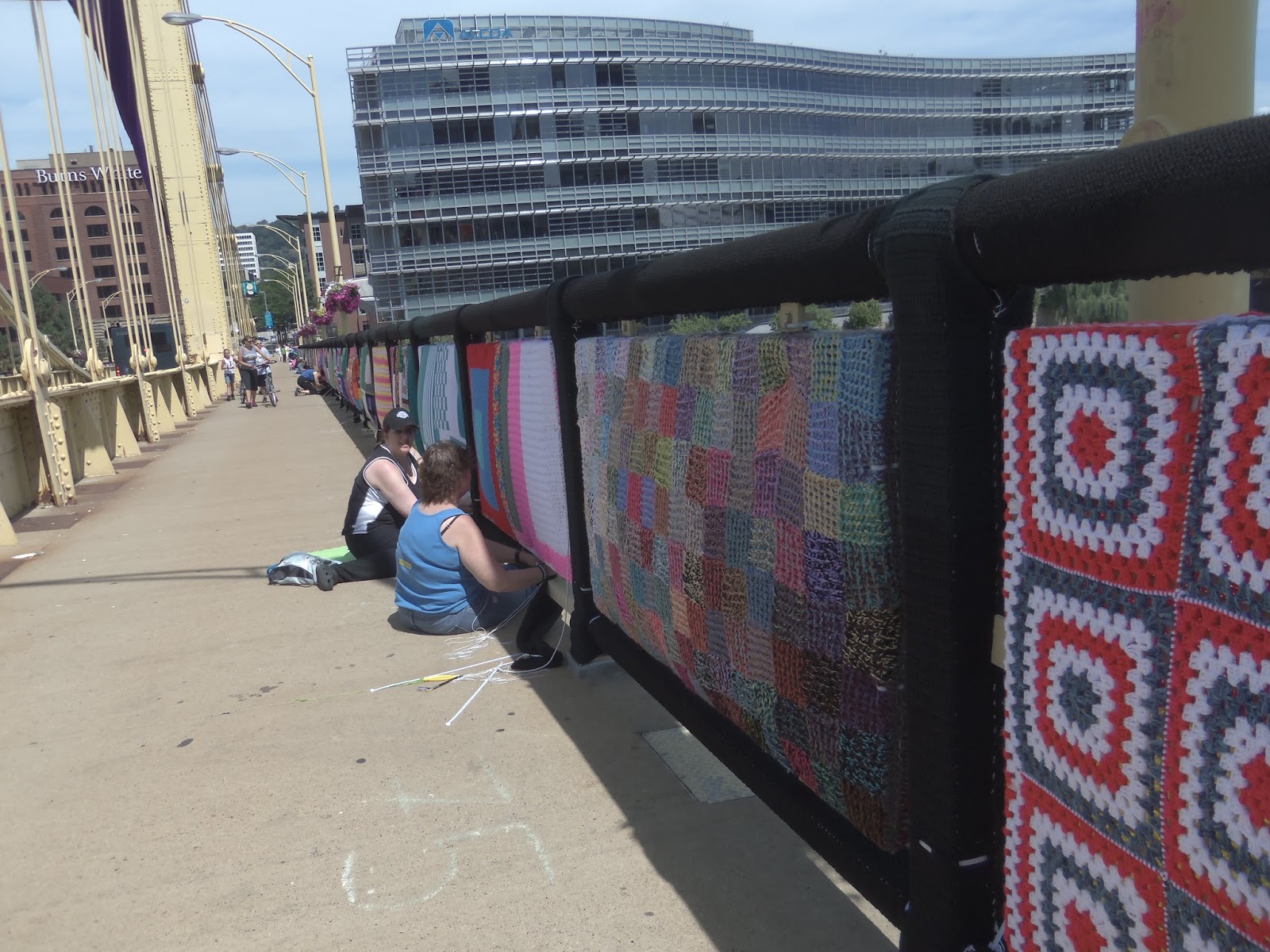 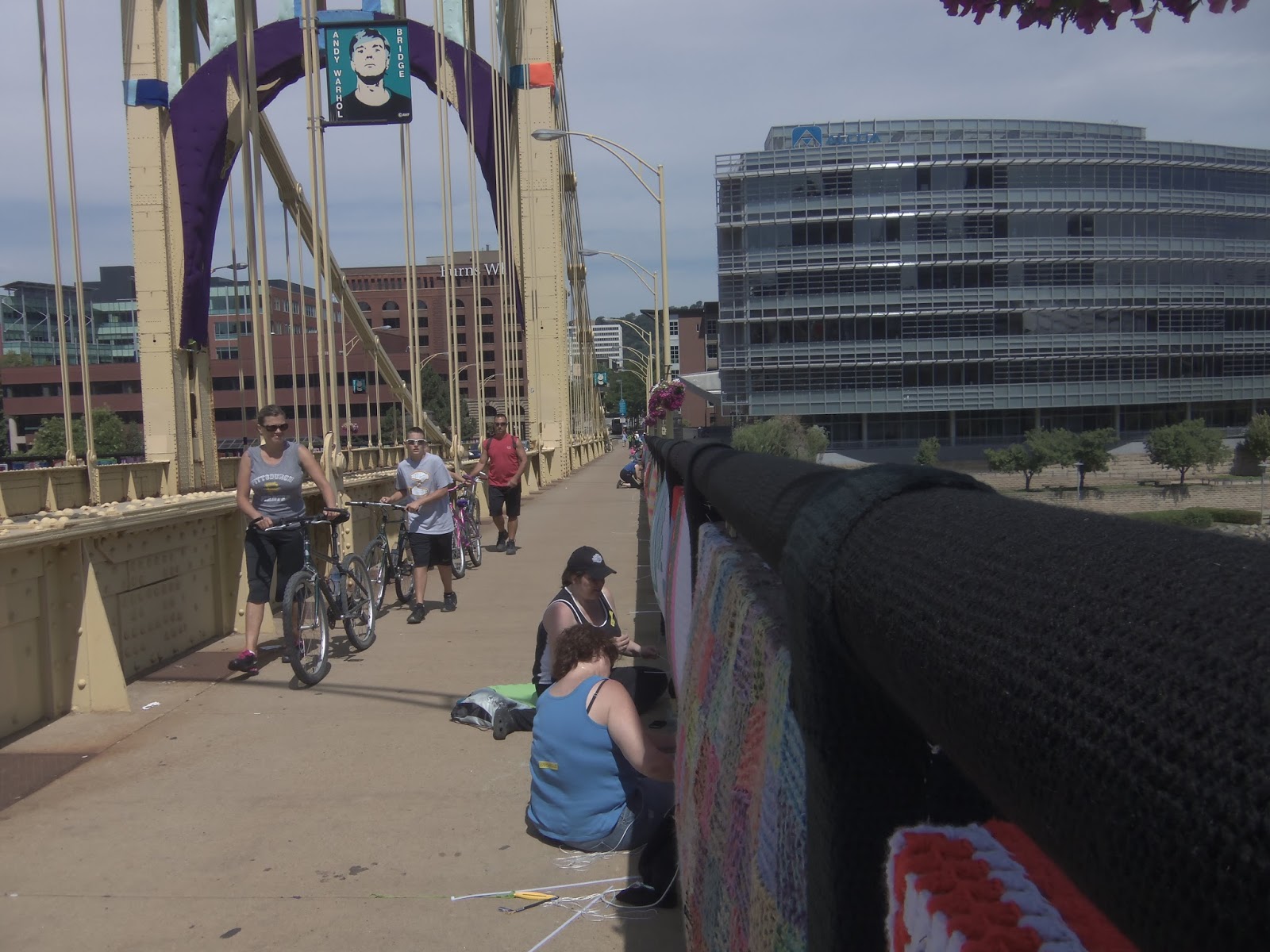 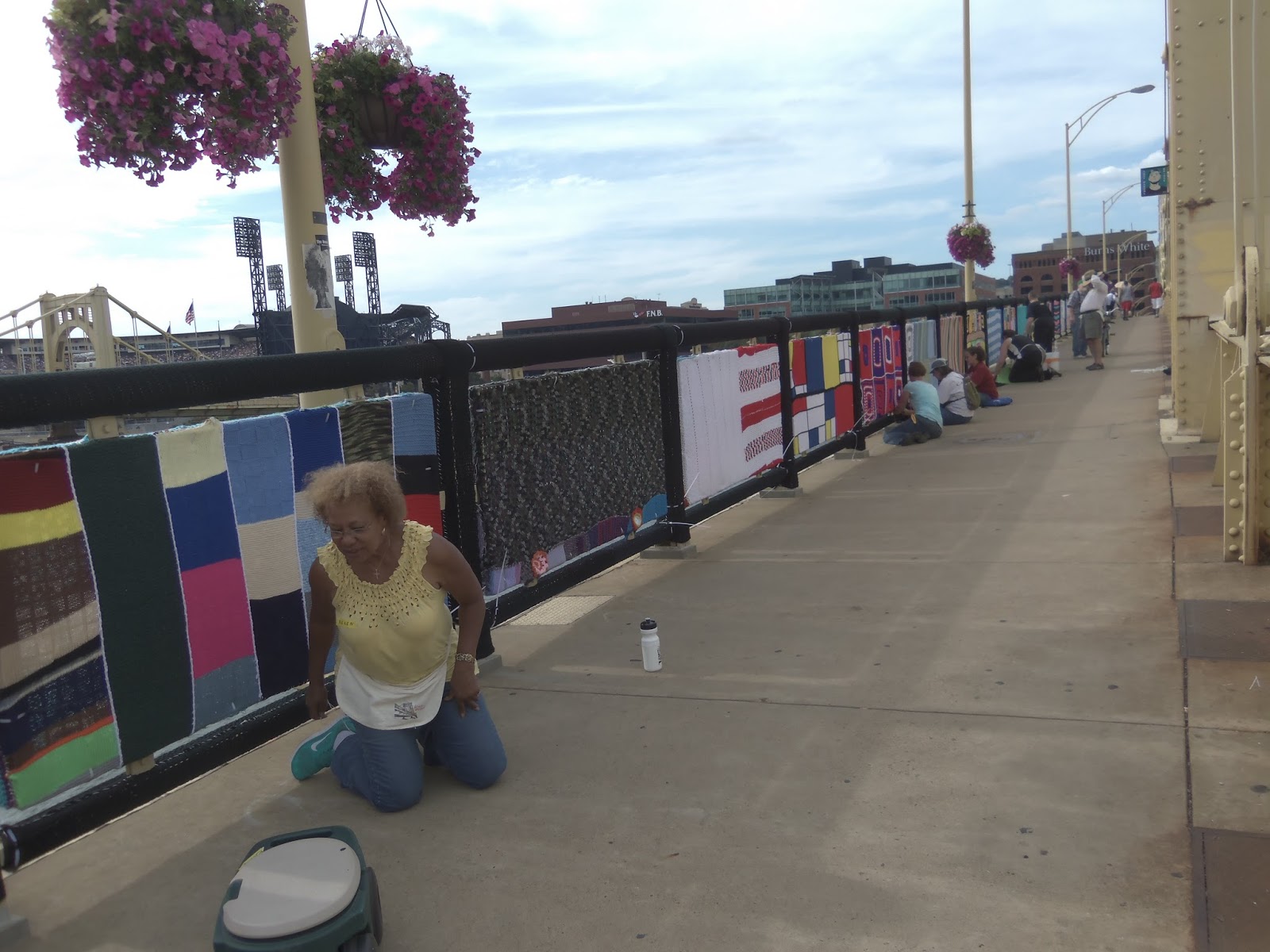 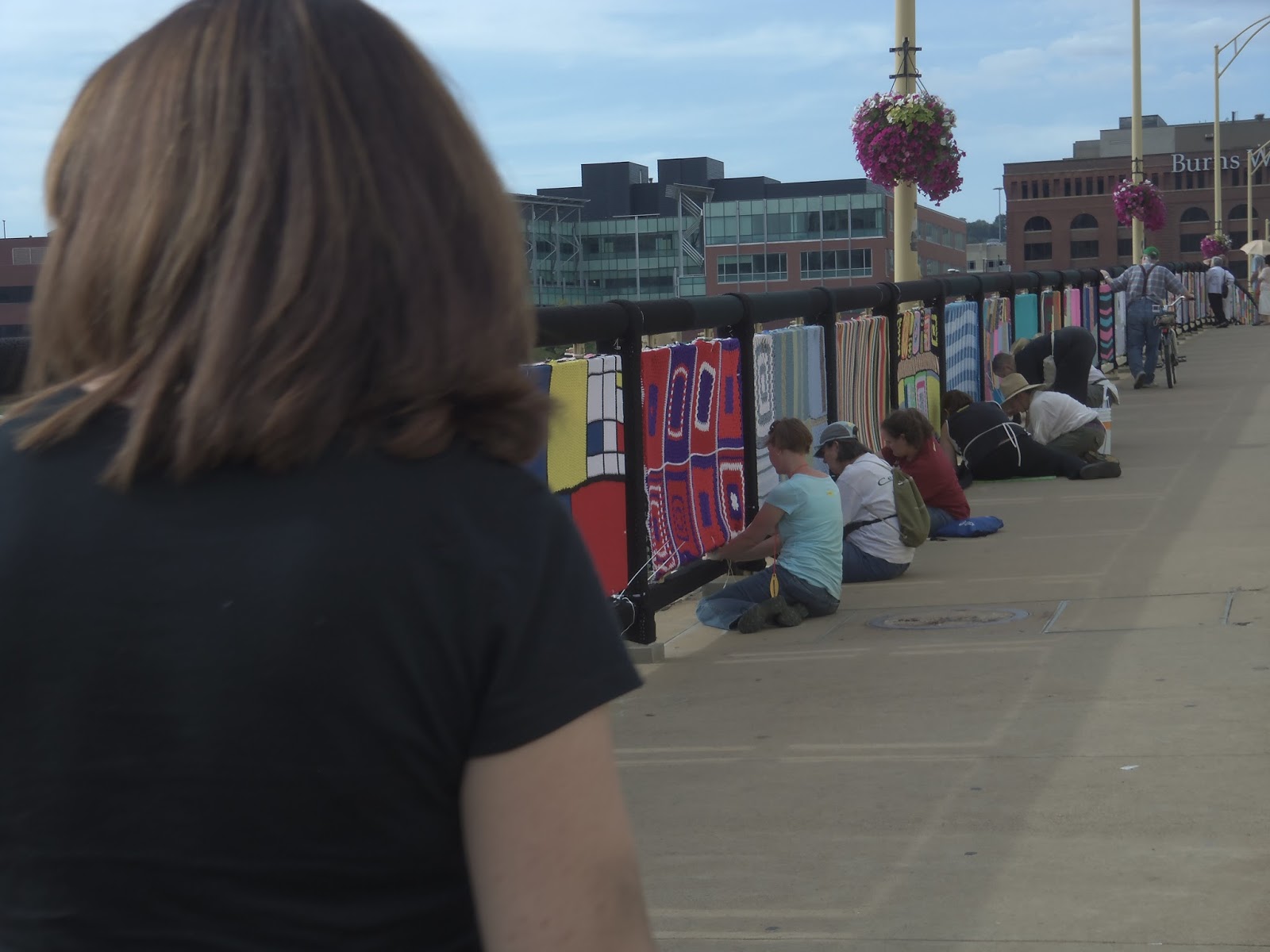 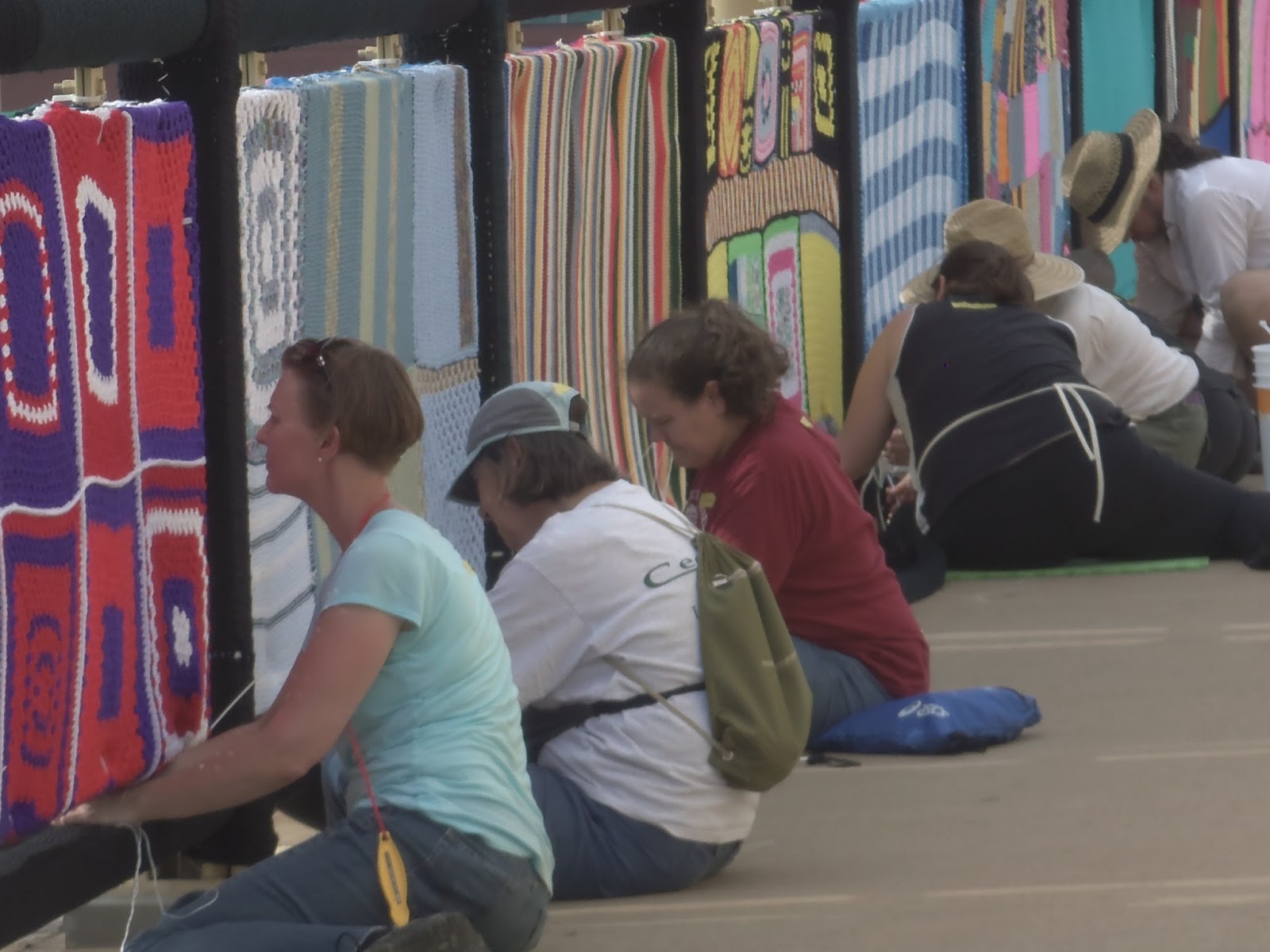 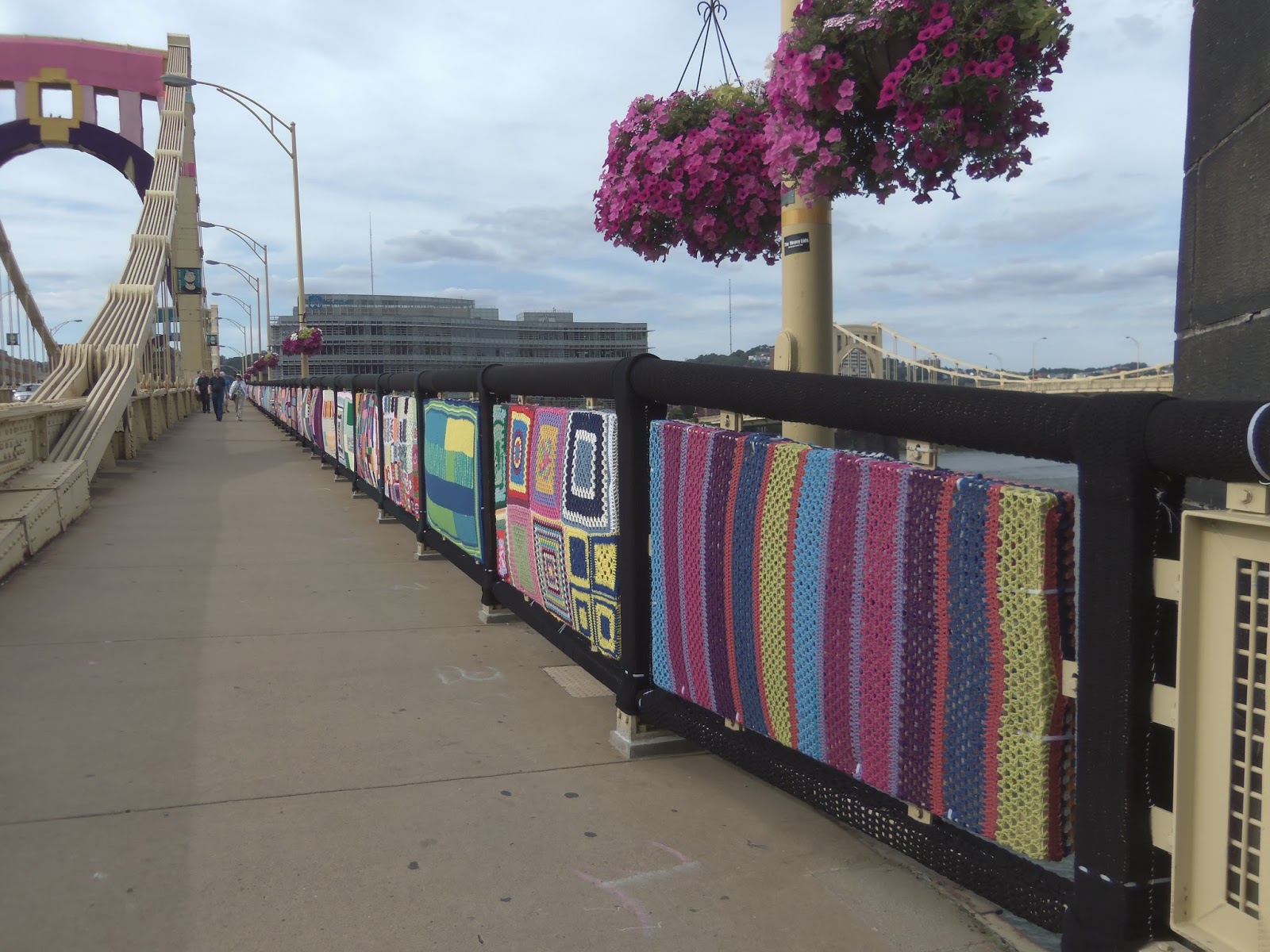 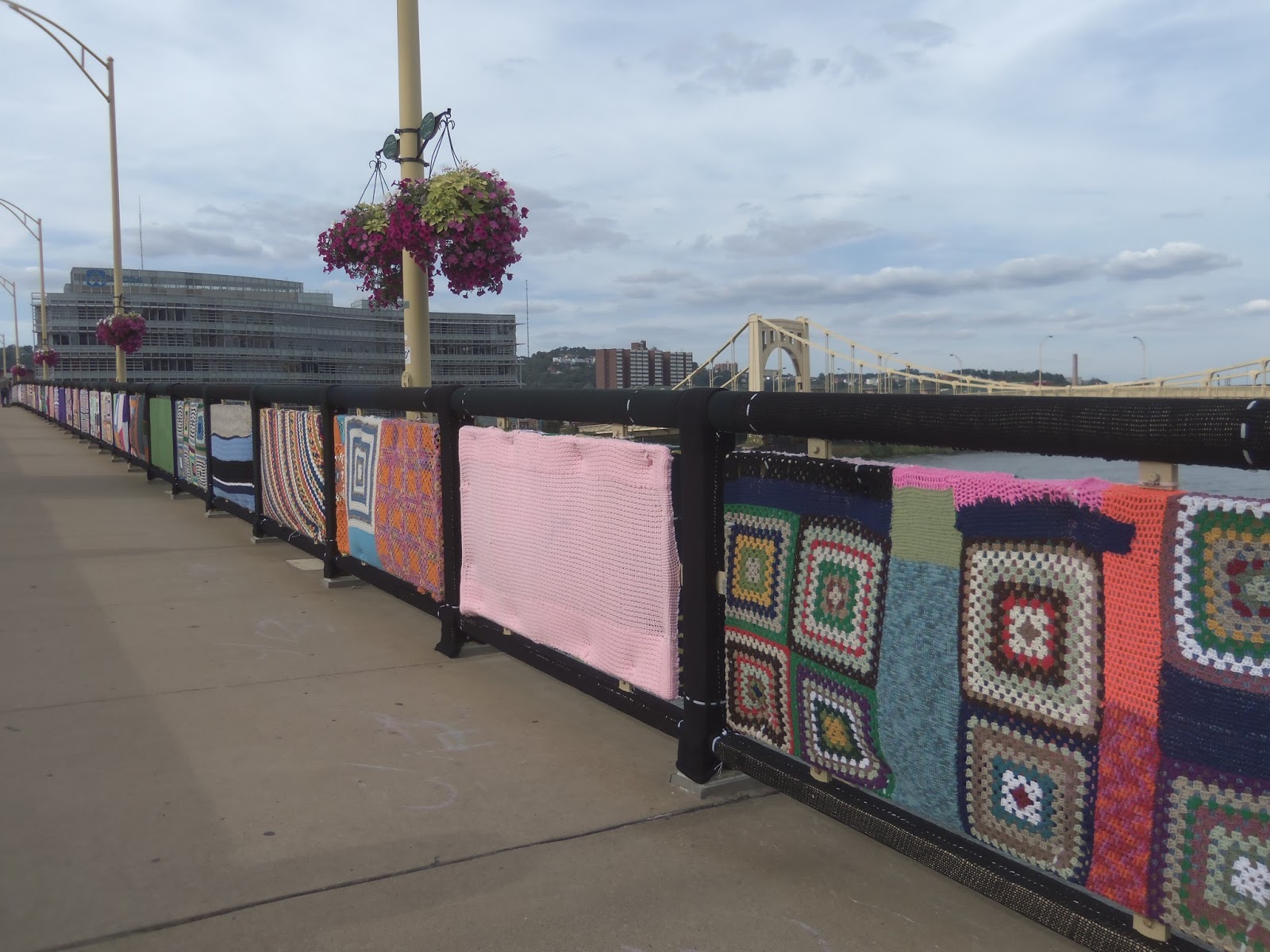 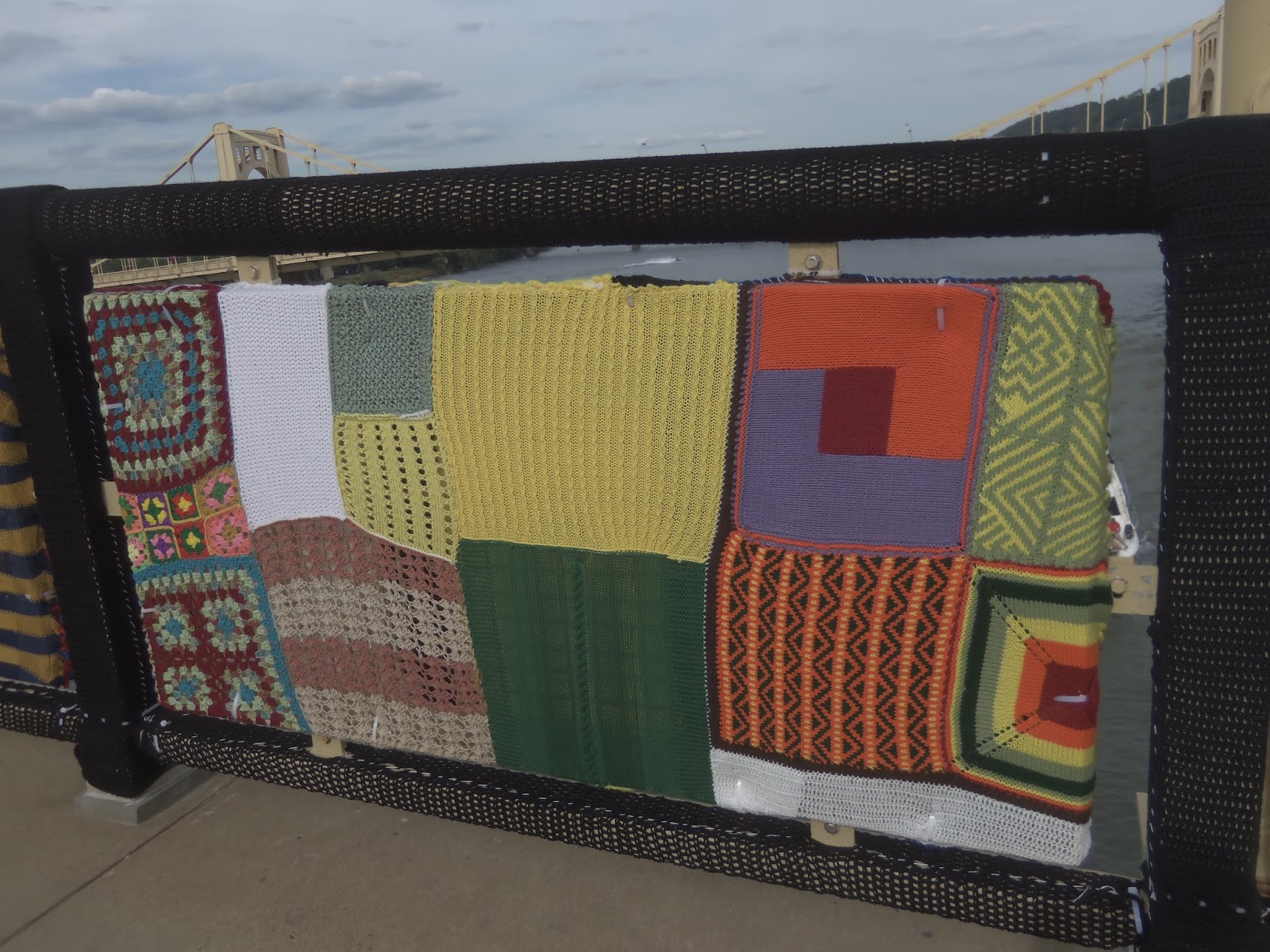 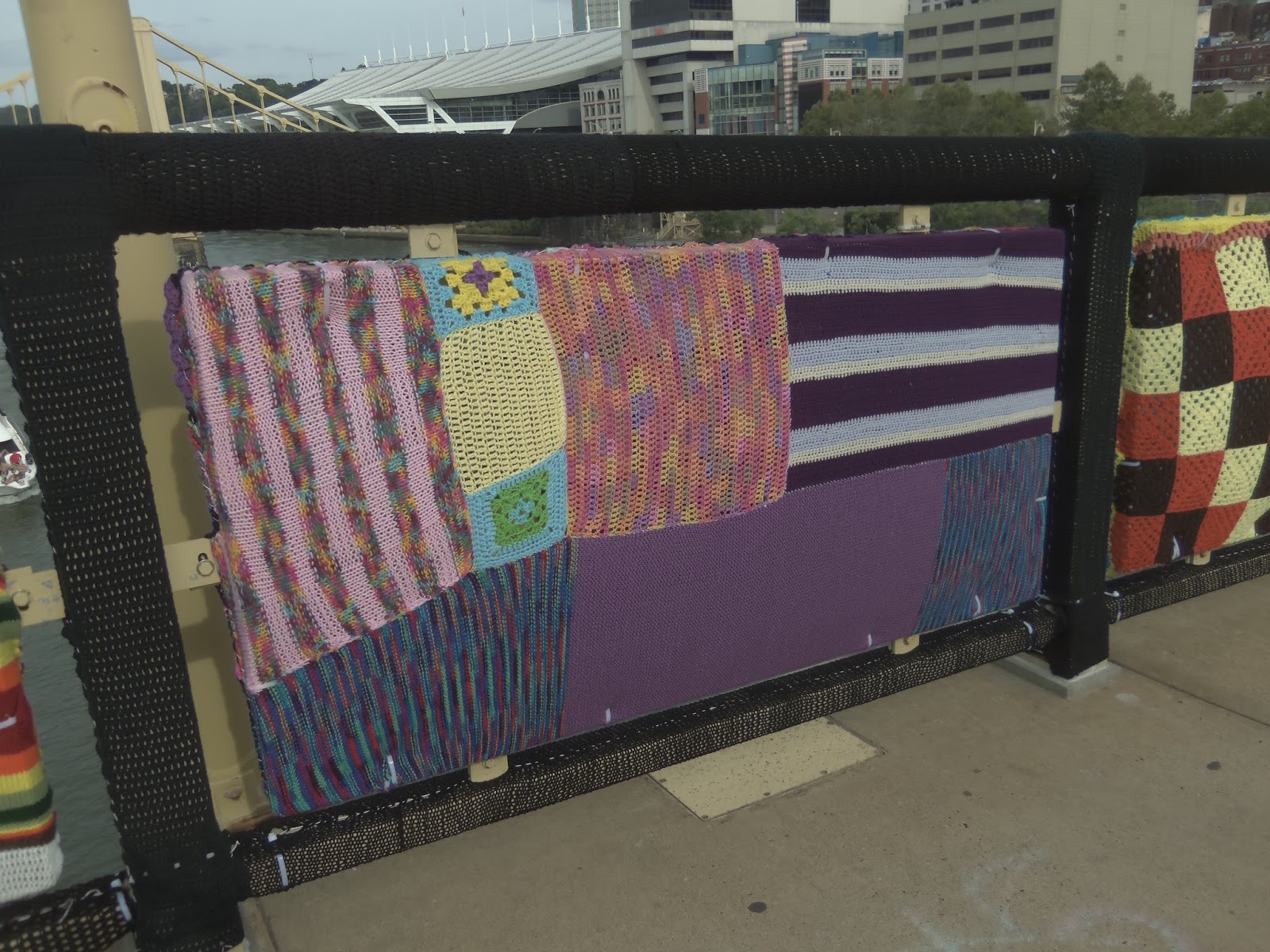 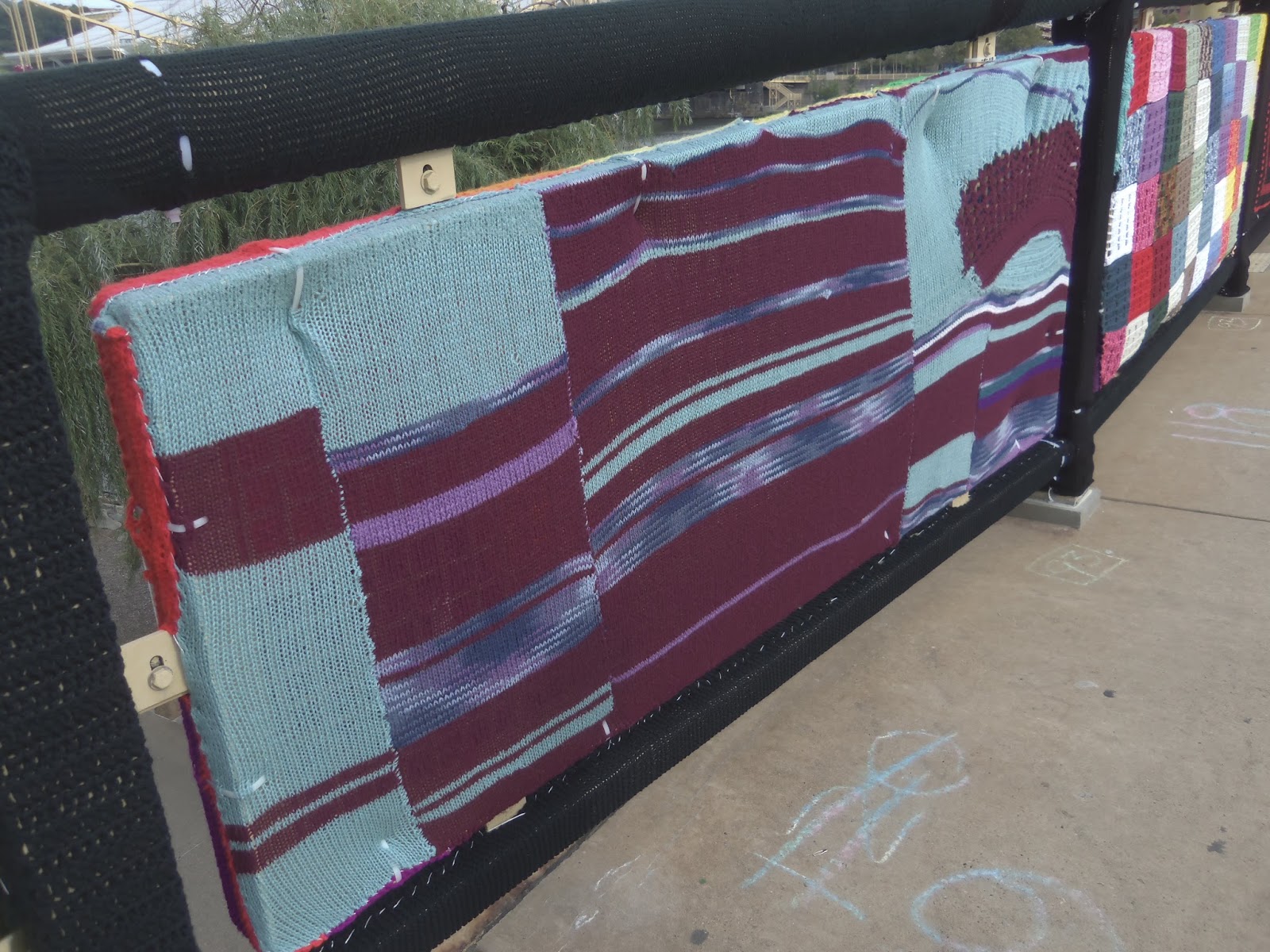 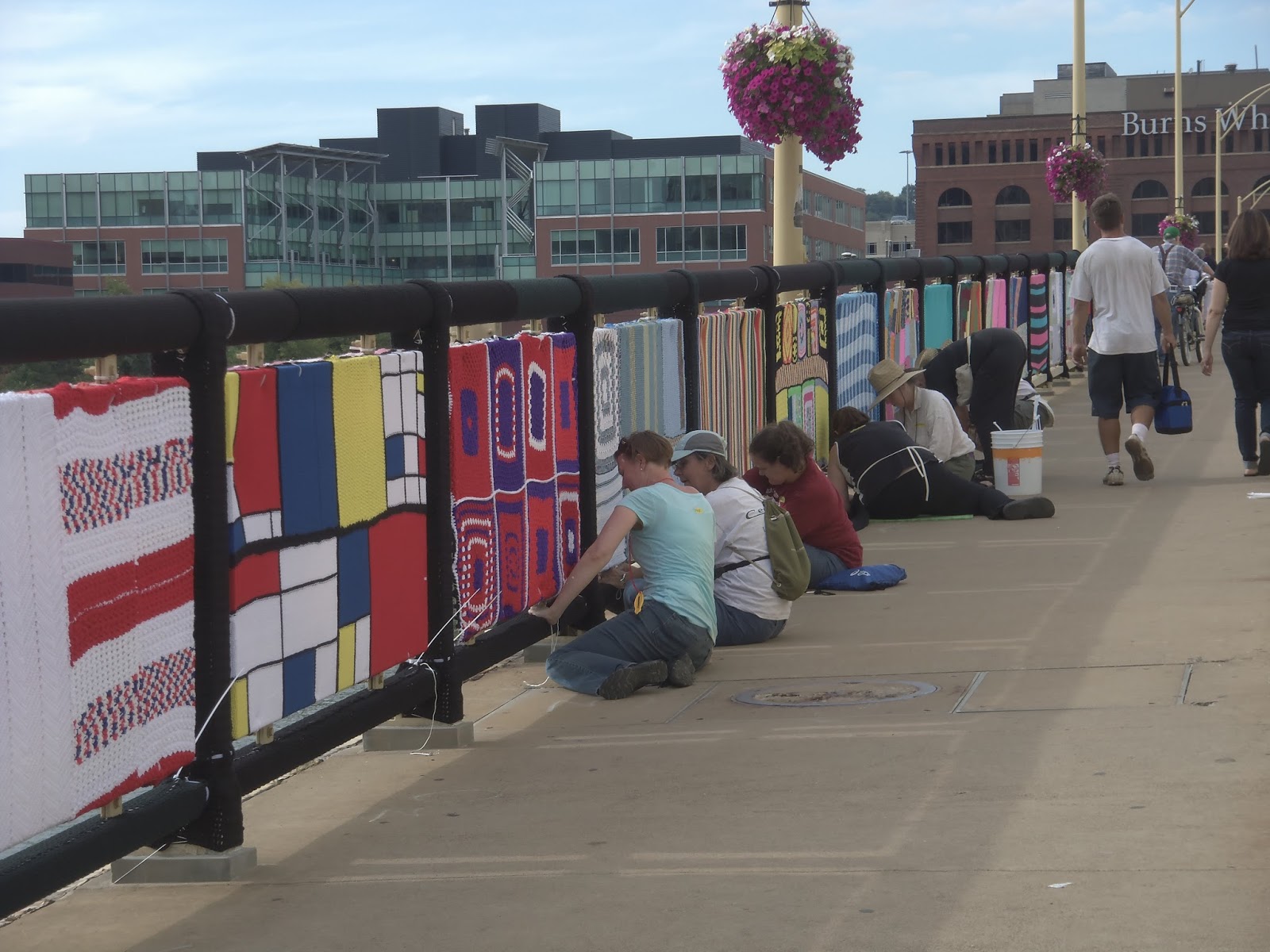 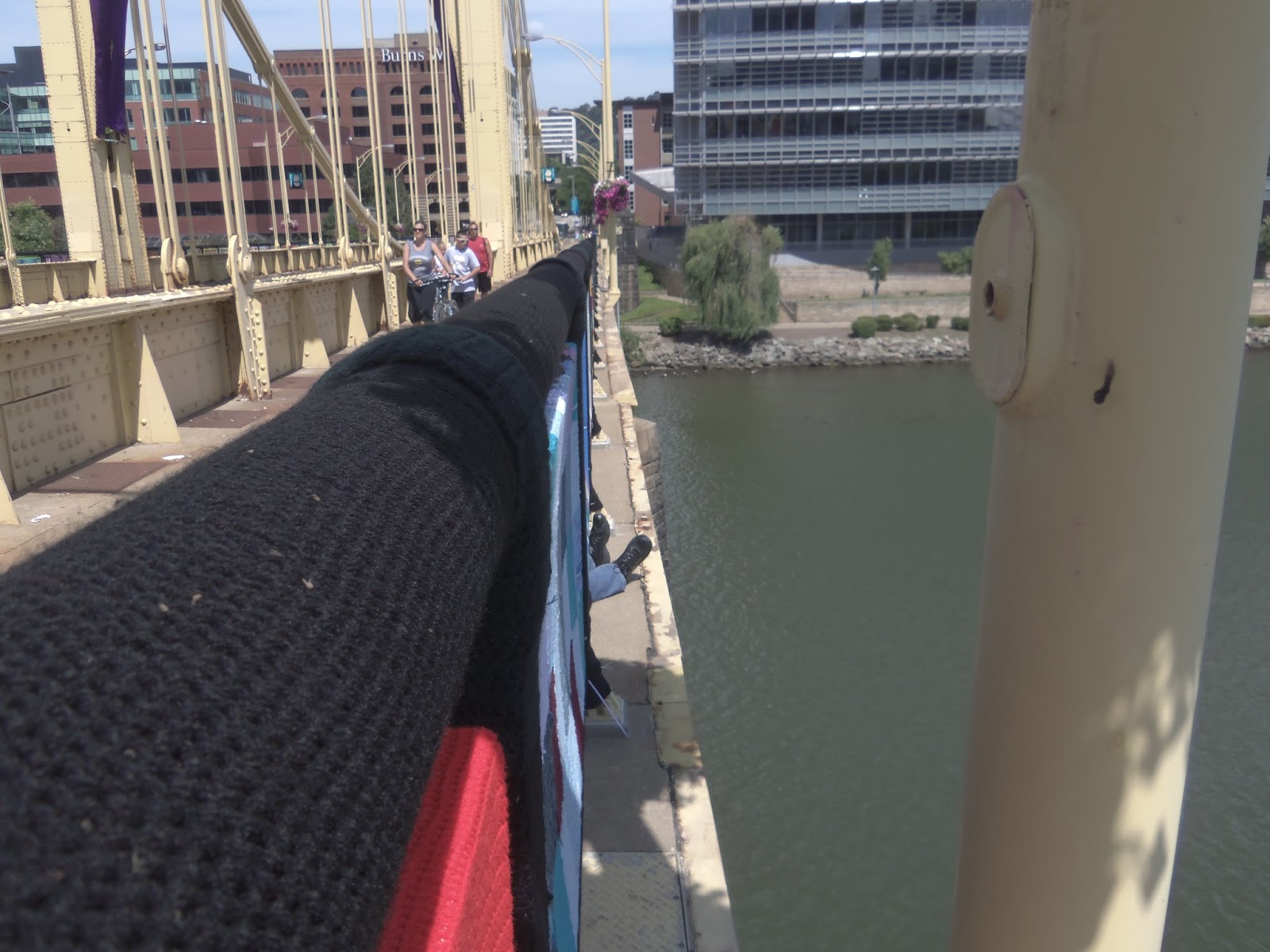 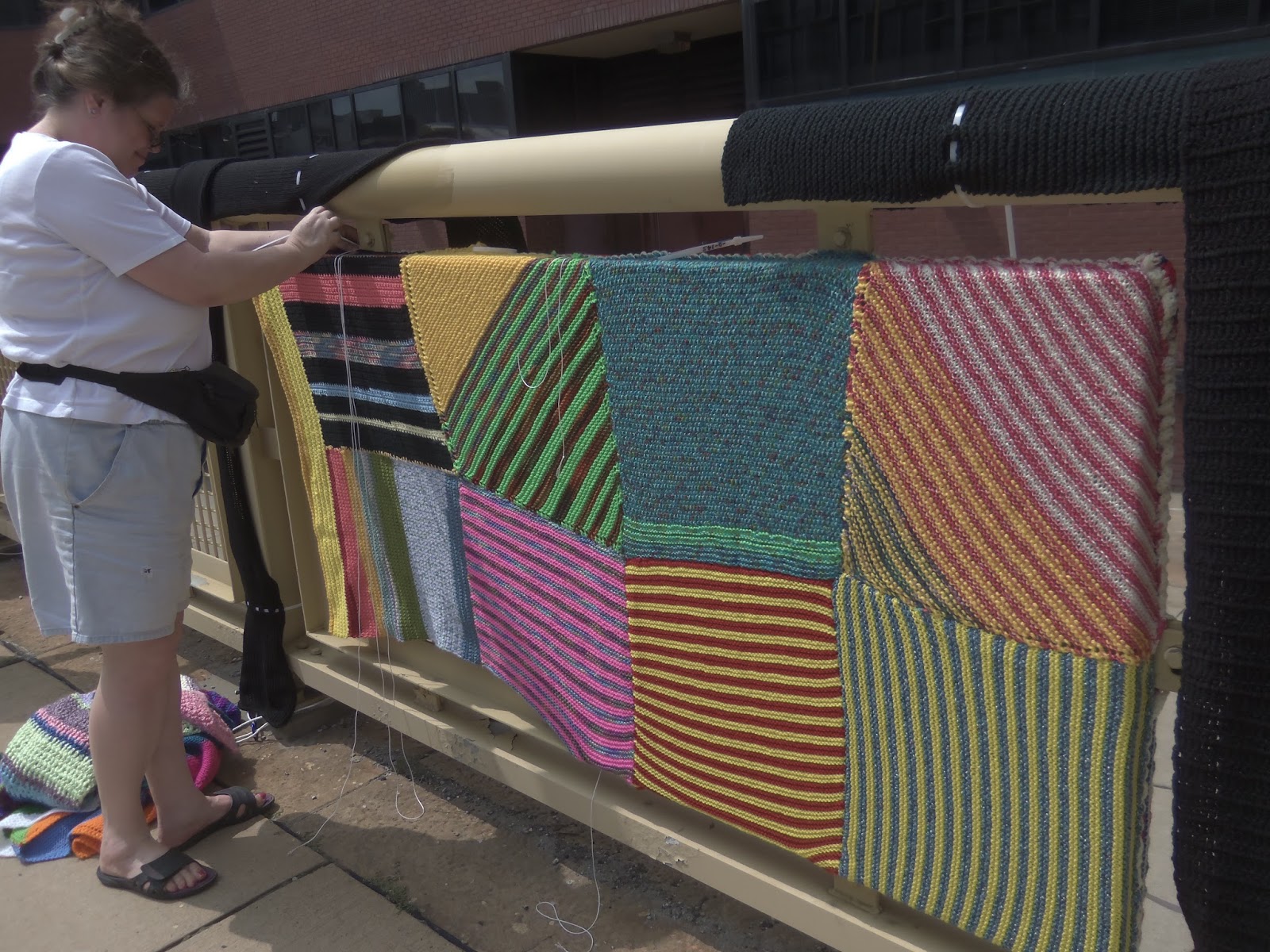 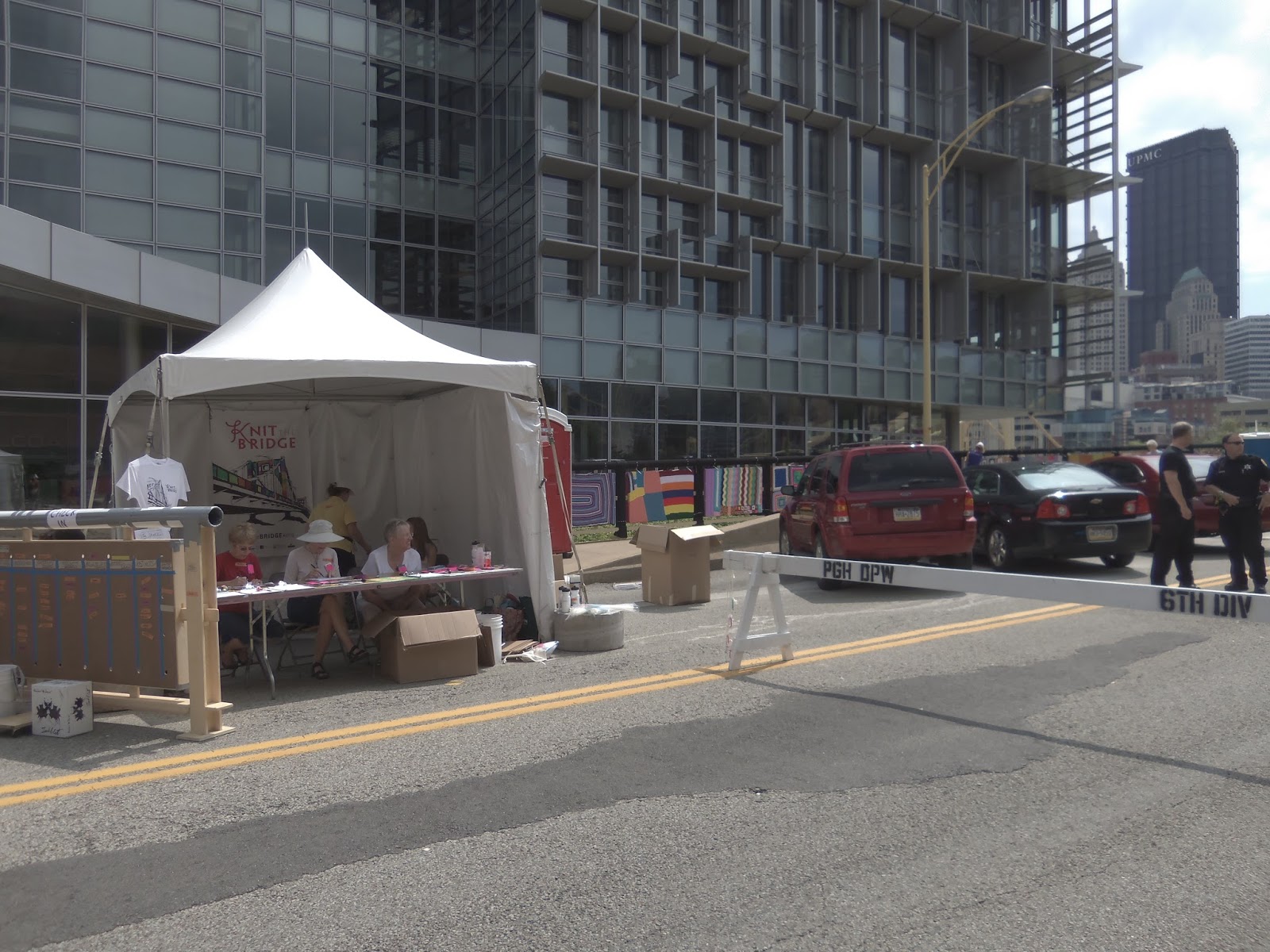 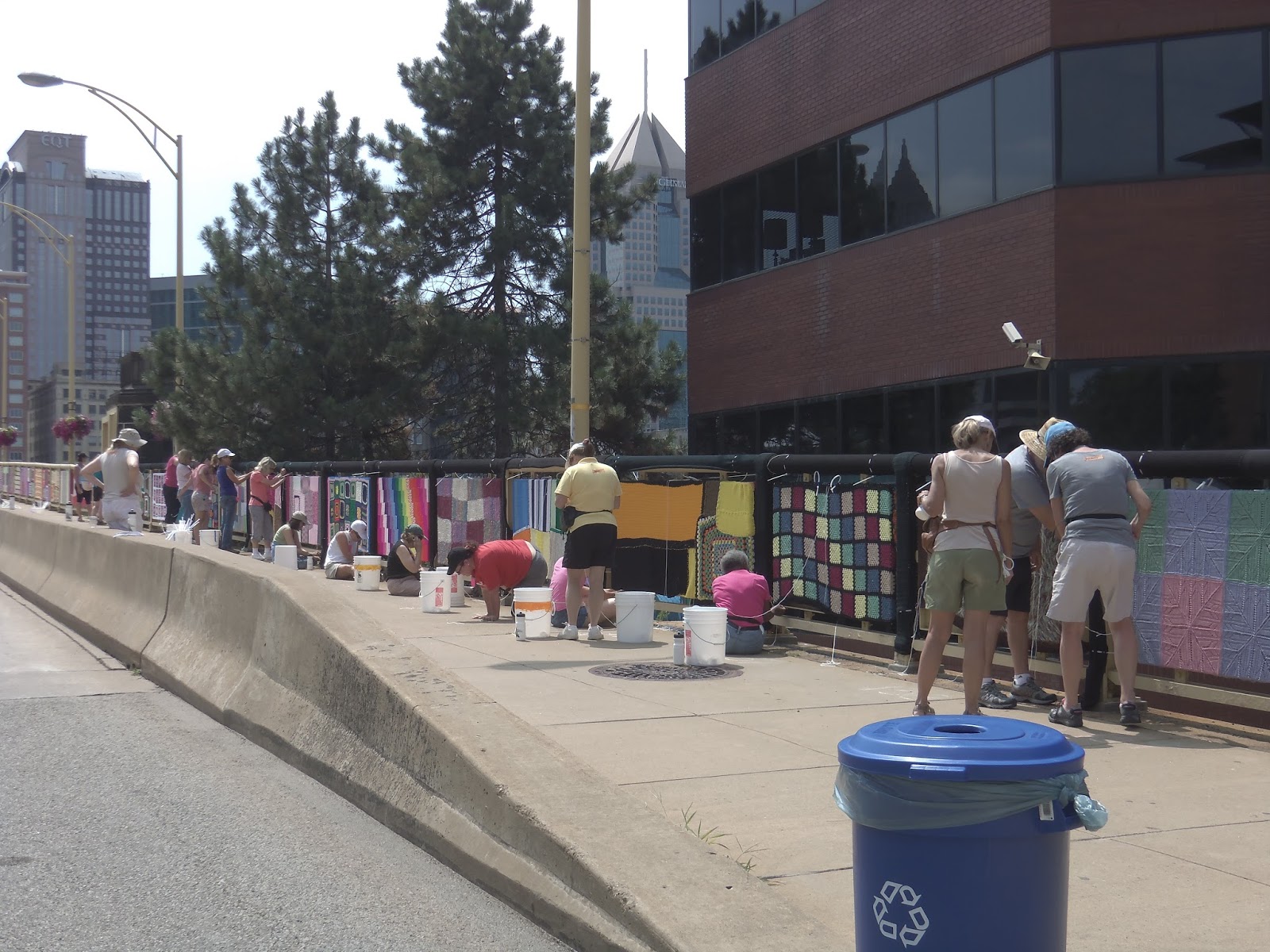 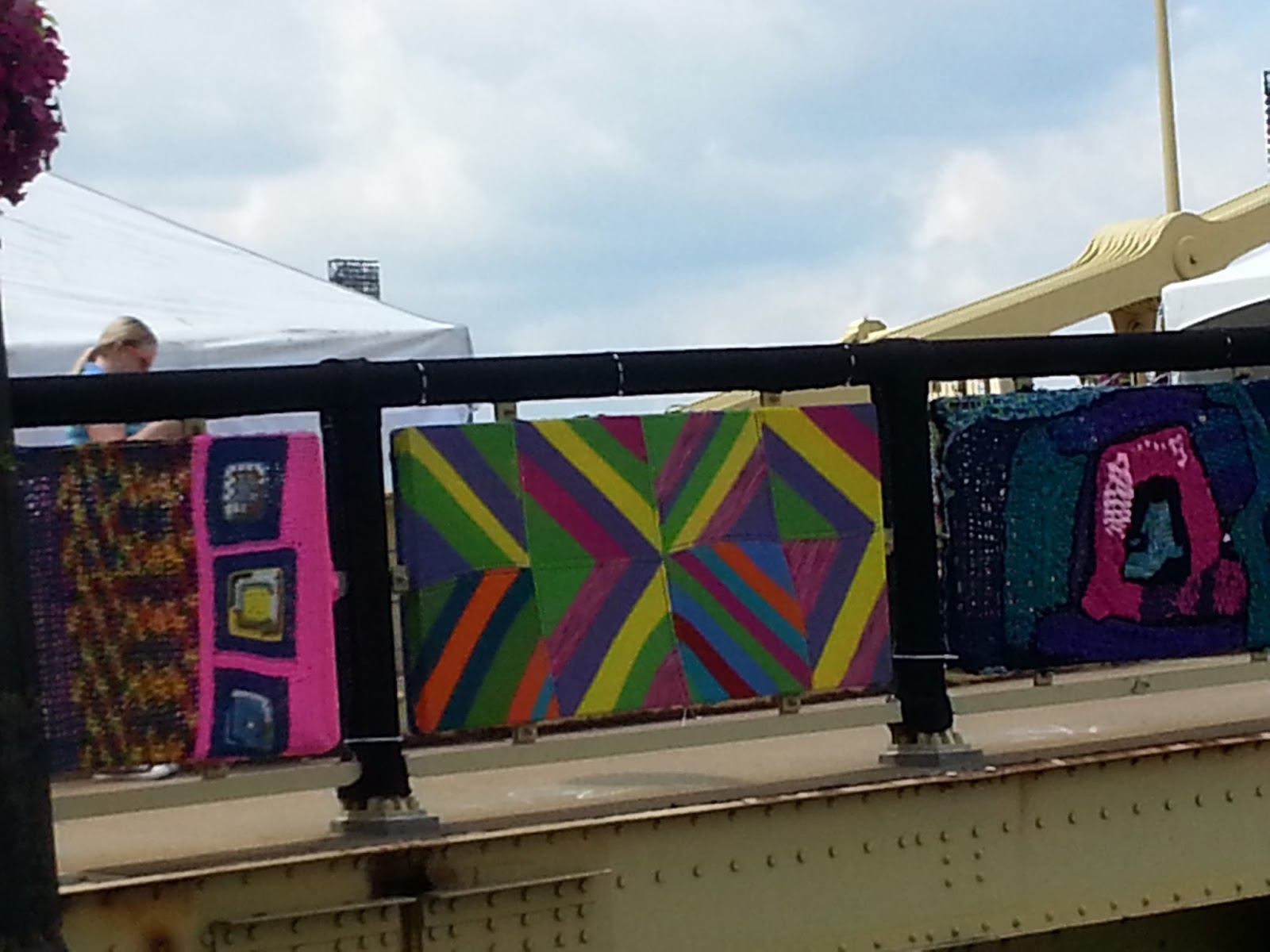 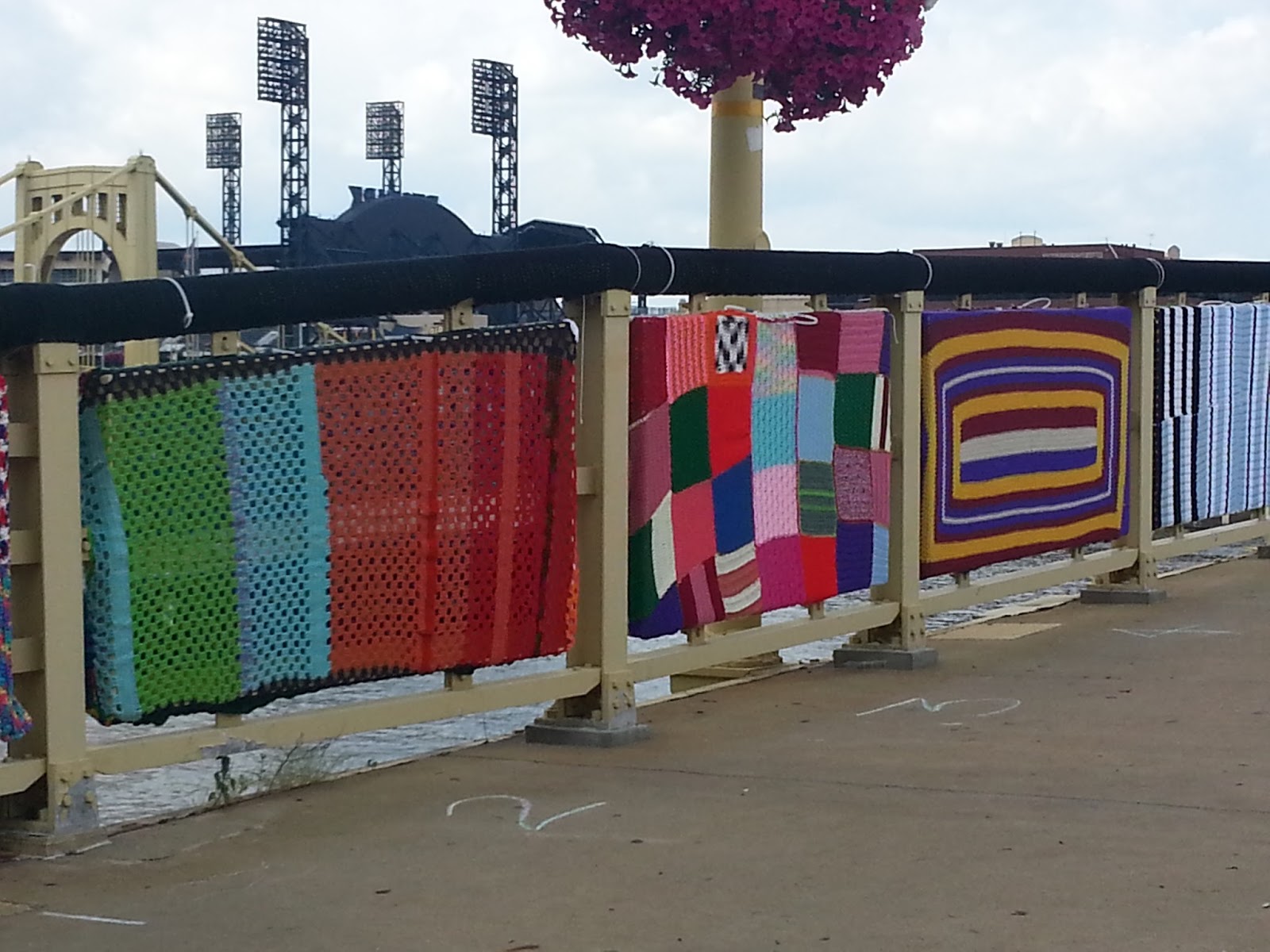 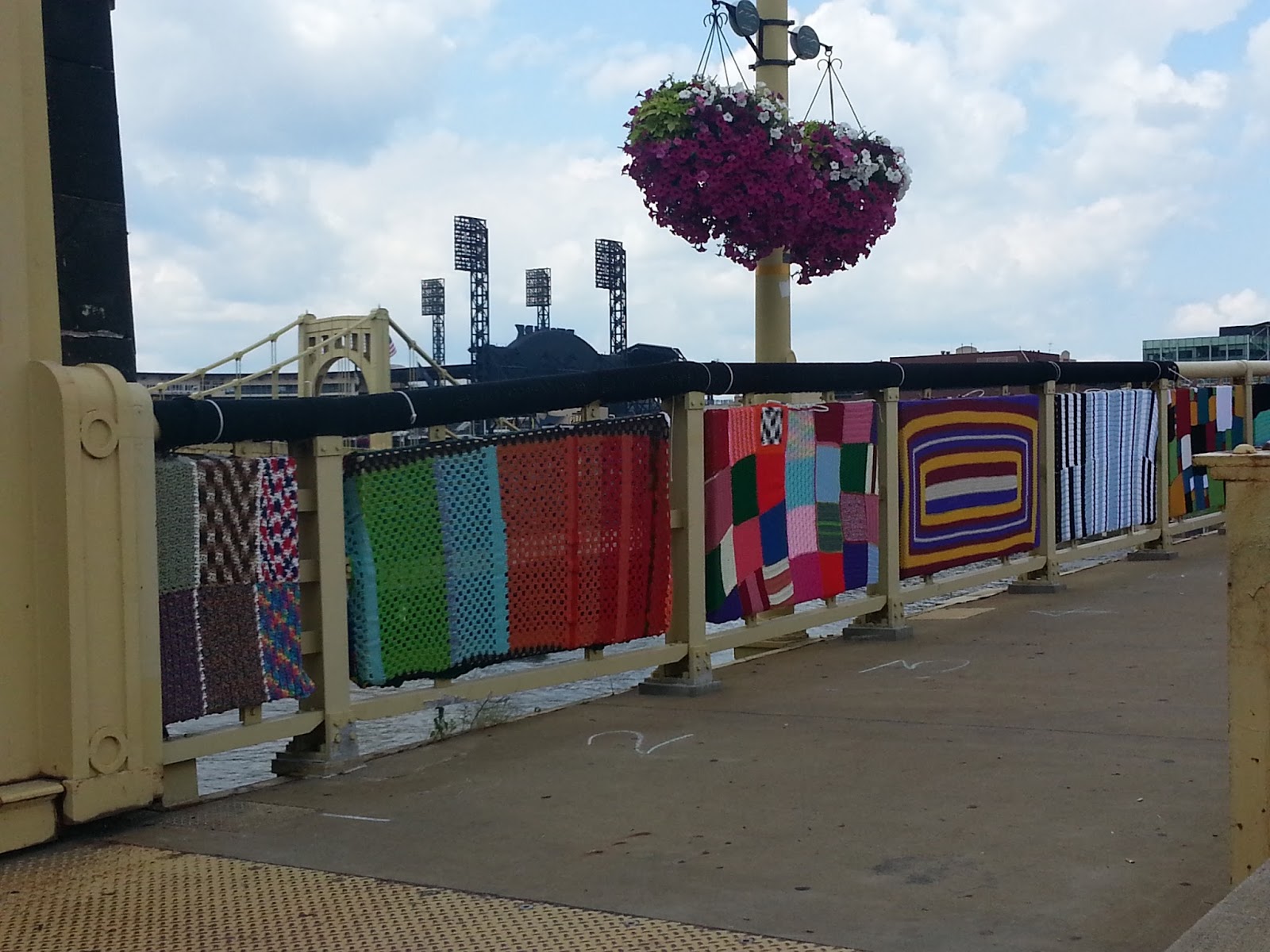 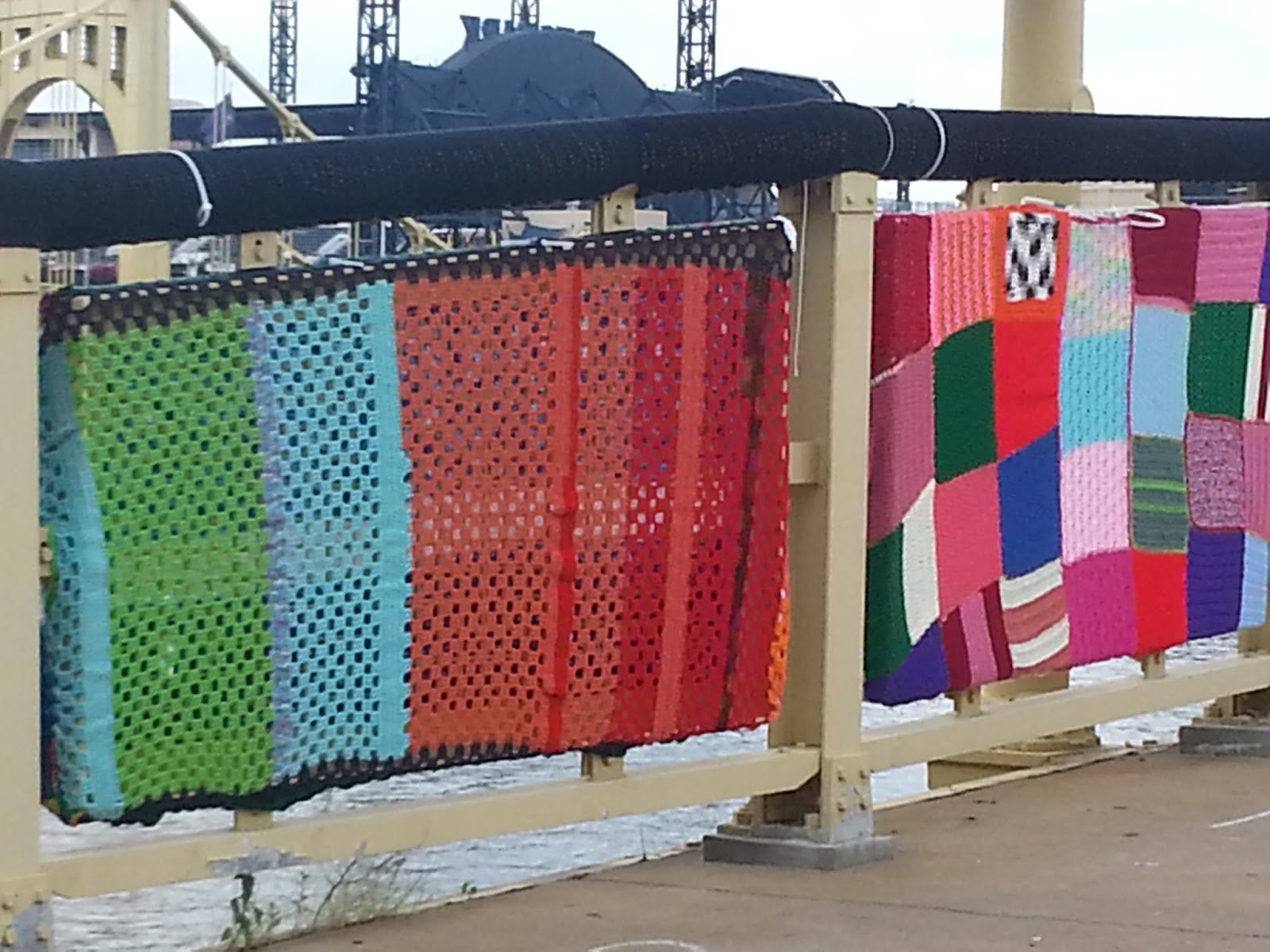 Posted by It's a Wonder-Filled World at 4:02 PM